Marko and Horner wary of Mercedes

Helmut Marko saw how his Red Bull team managed to impress on Day 1 in Bahrain and how Mercedes fell through the ice in terms of reliability. Marko is impressed by what Red Bull showed, but is not writing Mercedes off yet. Neither is team boss Christian Horner. 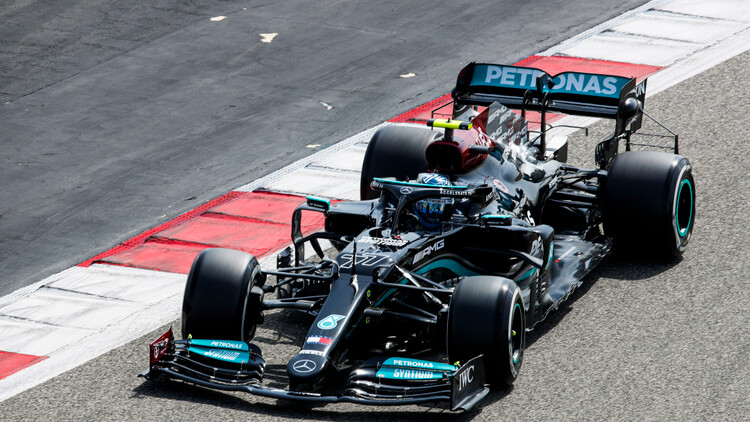 Red Bull drove 139 laps on Friday in Bahrain, compared to just under 50 for Mercedes. Max Verstappen's team were in a good position, but Helmut Marko does not want to write off Mercedes yet.

"We have not yet seen the true potential of Mercedes," he said in a firm conversation with the German branch of Sky Sports. "Of course we also learned that Mercedes had to deal with gearbox problems and now the second Mercedes team, Aston Martin too," he continues.

"Those problems were electronic in nature, but that will be thoroughly investigated. Anyway, now we all see the disadvantage of three days of testing. If you now stand still for half a day, that is far from ideal", he says, outlining the consequences for Mercedes.

Team principal Christian Horner adds that if a team is to be deemed capable of turning the tide, it should be Mercedes: "That's a class team. Two years ago they also had problems during winter testing, but then they crushed us in Melbourne."

"It's true that that car didn't look good on the first two days here in Bahrain, but things like that can change very quickly in Formula 1," he is quoted as saying by Motorsport-Total.