Ferrari finished FP2 in fourth and seventh spot, with Carlos Sainz getting the better of teammate Charles Leclerc on Friday. Leclerc knows he can't afford any mistakes given how close things are heading into qualifying. 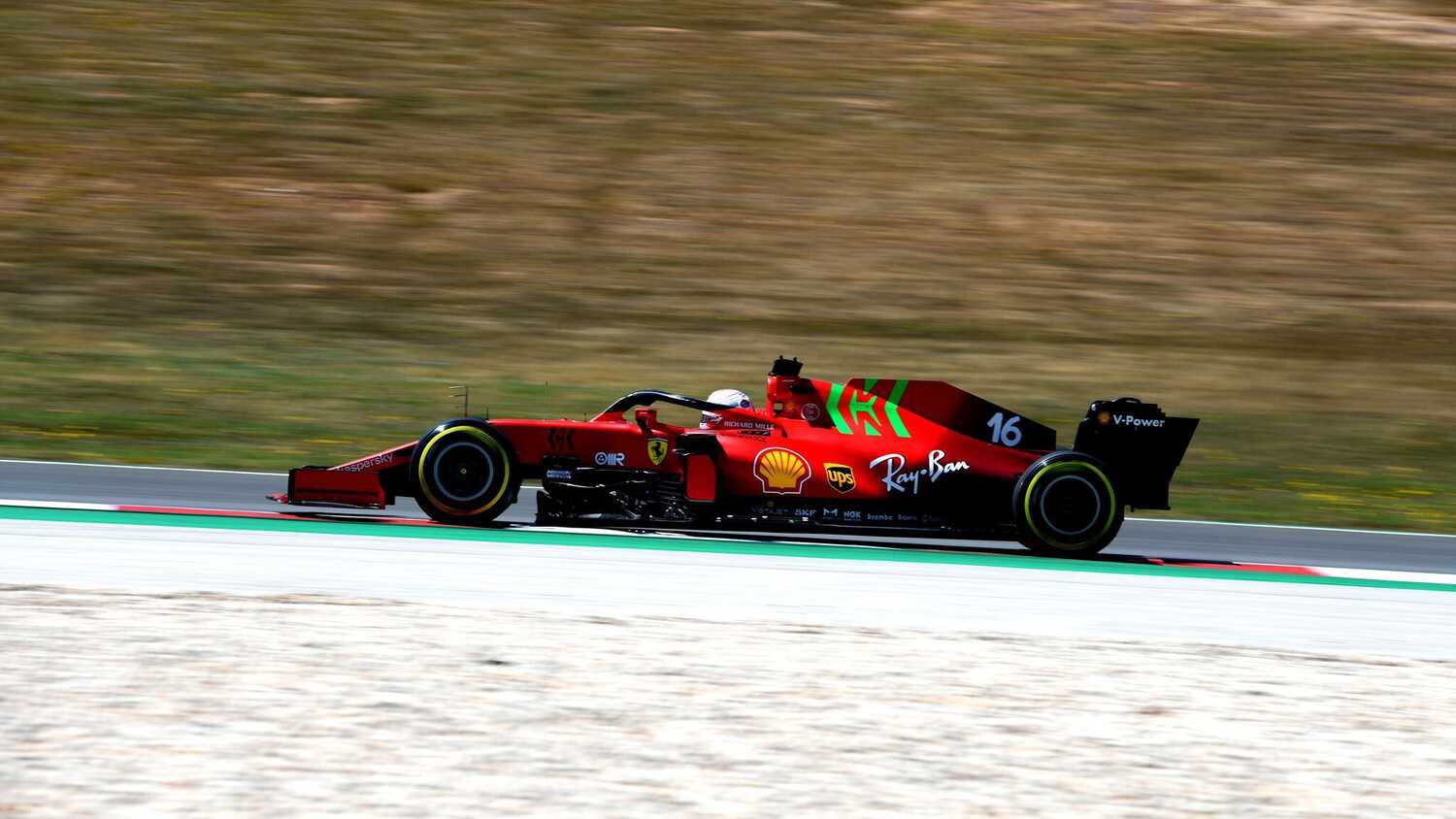 Ferrari driver Charles Leclerc is expecting a tight midfield battle after Friday's practice sessions in Portugal though he believes the team have what it takes to improve their pace.

Leclerc finished FP2 in seventh spot, with the gap from Valtteri Bottas in third to Sergio Perez in 10th less than four tenths of a second. The Monegasque driver is confident heading into qualifying on Saturday, but he knows a mistake-free session will be key.

"I would say the qualifying simulations were positive," Leclerc told Sky Sport Italia. "The long runs ahead of the race went pretty well as well. Maybe it was a bit better for Carlos and a little less on my end, so I need to work on that a little bit.

"That was the main weakness for me today. But on the other hand Carlos went well, so I have to fix things a little bit and tomorrow should go better.

"It will be a tight battle, no doubt: it's hard to find a main rival, because even Alpine was fast today, I would say we are all very close. It will depend on who will make fewer mistakes, in qualifying and in the race."

As for Sainz, the Spaniard is optimistic given Ferrari's pace is always improving. However he was one of countless drivers to note things weren't easy given the Portimao asphalt.

"I'm pretty happy with today, we are constantly improving," Sainz told Sky Sport Italia. "There was little grip today, especially compared to the last two races where we had a lot of grip.

"There isn't that much grip with all the tyres and yet we are lapping the same times with different compounds, while normally you should be much faster with the soft. It is therefore important to get as much heat as quickly as possible into the tyres."