Lewis Hamilton is known for his impressive tattoo collection. Here are the meanings and stories behind the F1 world champion's many tattoos. 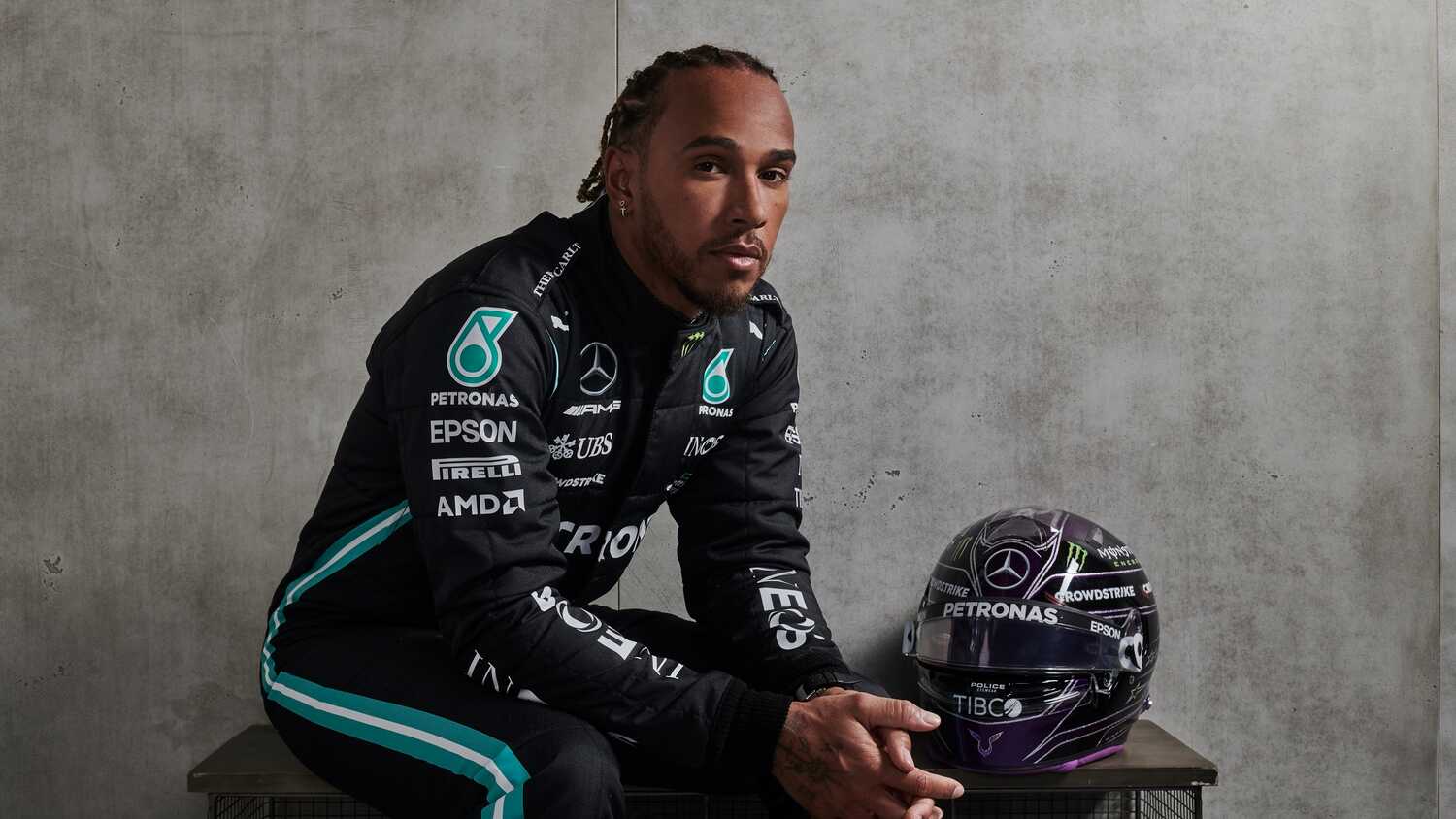 Lewis Hamilton might be best known for his success as a Formula 1 driver, but the Mercedes man has also attracted attention for his impressive tattoo collection.

Over the years Hamilton has continued to add new designs to his body art, ranging from a large cross on his back to smaller tattoos on his neck and arms. The multiple world champion has previously explained that he enjoys telling his story through his etchings.

"I think you should just take your time," Hamilton told GQ in 2018 about the process of choosing a tattoo. "I think if you can somehow display your story, your journey to where you are at that point in your life."

Here is the full story behind Hamilton's tattoos. 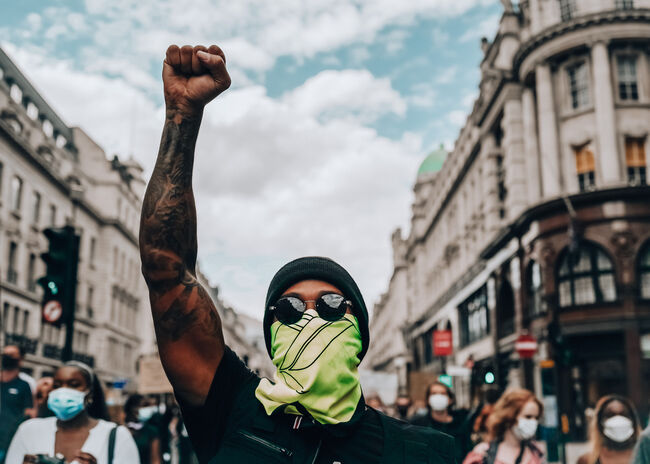 How many tattoos does Lewis Hamilton have?

It is unclear exactly how many tattoos Lewis Hamilton has, with the collection continuing to grow. But it is thought that the F1 star has at least 15 inkings to date.

Hamilton has revealed that he was first inspired to get a tattoo at a young age. "My sister was engaged to, well, ended up marrying a guy who is a tattoo artist, so I grew up from a really young age, from around kind of 10 years old, viewing individuals getting tattoos."

What tattoos does Lewis Hamilton have?

One of Hamilton's most notable tattoos is the large cross on his back, which features angel wings around it. Above this is the phrase 'still I rise'. Hamilton has said that the whole thing took 10 hours to create.

On his arms, the Mercedes driver has some religious designs including the Sacred Heart of Jesus and an image of a Michelangelo sculpture depicting Mary holding Jesus. Hamilton has a compass on his chest, and bears the words 'family' and 'faith' on his shoulders.

Also on his torso, Hamilton has a tattoo of a lion, as well as a partial quote reading 'powerful beyond measure'. On his side there is a Chinese symbol.

The multiple world champion sports a small rose design on his hand, and additionally has a larger rose tattoo etched on his right rib. On his neck there is an eagle design, as well as an etching reading 'God is love'. There is the word 'blessed' behind his ear.

On his shoulder, Hamilton has a large tattoo depicting a man holding a young child above his head up to the sky. 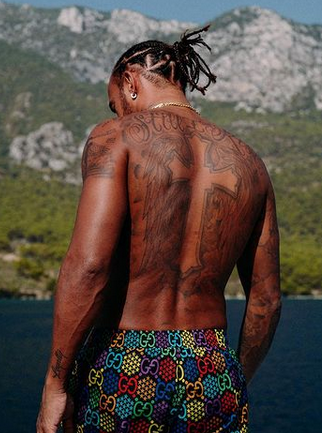 What do Lewis Hamilton's tattoos mean?

Hamilton's large cross design was inspired by the late rapper Tupac Shakur, who the Briton is a fan of. The phrase 'still I rise' above it is clearly significant to Hamilton, given that the same quote has been used on his helmet design. 'Still I Rise' is the name of a poem by poet and activist Maya Angelou.

The reasons behind Hamilton's religious symbols come from his visits to church. "I leave church on a Sunday thinking 'wow, I've really gained my direction, where to go,'" the Formula 1 star has explained. This was also the basis for his compass design, with Hamilton saying that church helped him to find his "compass".

As is perhaps obvious, Hamilton chose to get the words 'family' and 'faith' tattooed on his shoulder as a tribute to his loved ones. "I'm very very close to my family, and we always get together, almost like a Thanksgiving kind of meal." 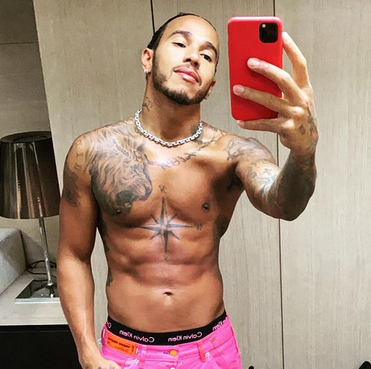 Hamilton chose his lion tattoo based on his love of the animal. "I feel like I'm a lion at heart, so I found this really cool image of a lion, and it's facing towards my heart."

The Mercedes driver wanted to have a Chinese symbol as a tattoo in gratitude to the passionate fans he had met at the Chinese Grand Prix. One of the symbols means 'warrior', whilst the one below it means 'love'.

Hamilton chose a rose tattoo for his hand to cover up a scar he had suffered during a racing incident aged 8. He explained: "I got my hand stuck under the go-kart whilst I was driving, and it went through my glove and right down to my tendon and it cut through part of my tendon." 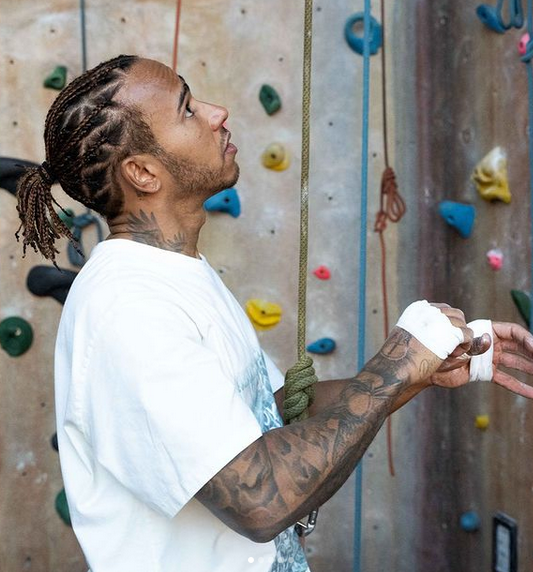 There is a larger rose tattoo on Hamilton's ribcage, which is in memory of his aunt who passed away from cancer.

The eagle design is based on the fact that a childhood friend of Hamilton's used to call him "eagle eye" because the Briton would "see things really well".

Hamilton has explained why he chose the 'God is love' piece: "God is just the most important thing, I guess, in my life." Meanwhile the 'blessed' design behind his ear was a spur of the moment choice, which he has admitted is a "nerve wracking" way of getting a tattoo.

The image of a man holding a child towards the sky is in honour of Hamilton's father Anthony, who guided the younger Hamilton through the early days of his racing career. 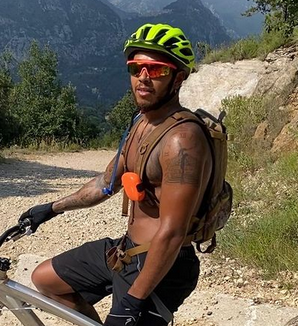 "From the age of 4, I guess, he would pick me up, throw me in the air, as you do with kids, and it was the single most special moment that I would really have with my dad because he was a very very serious man," Hamilton said.

"He was very very tough, but in this particular moment, that's when he was the happiest."

Hamilton chose to add a clock to represent that this was a special moment in time, and he has the image depicted on the "stairs to the pearly gates".