Leclerc set for grid penalties due to irreparable F1 engine

Ferrari have confirmed Charles Leclerc's engine cannot be fixed after he was hit by Lance Stroll on the opening lap of the Hungarian Grand Prix. 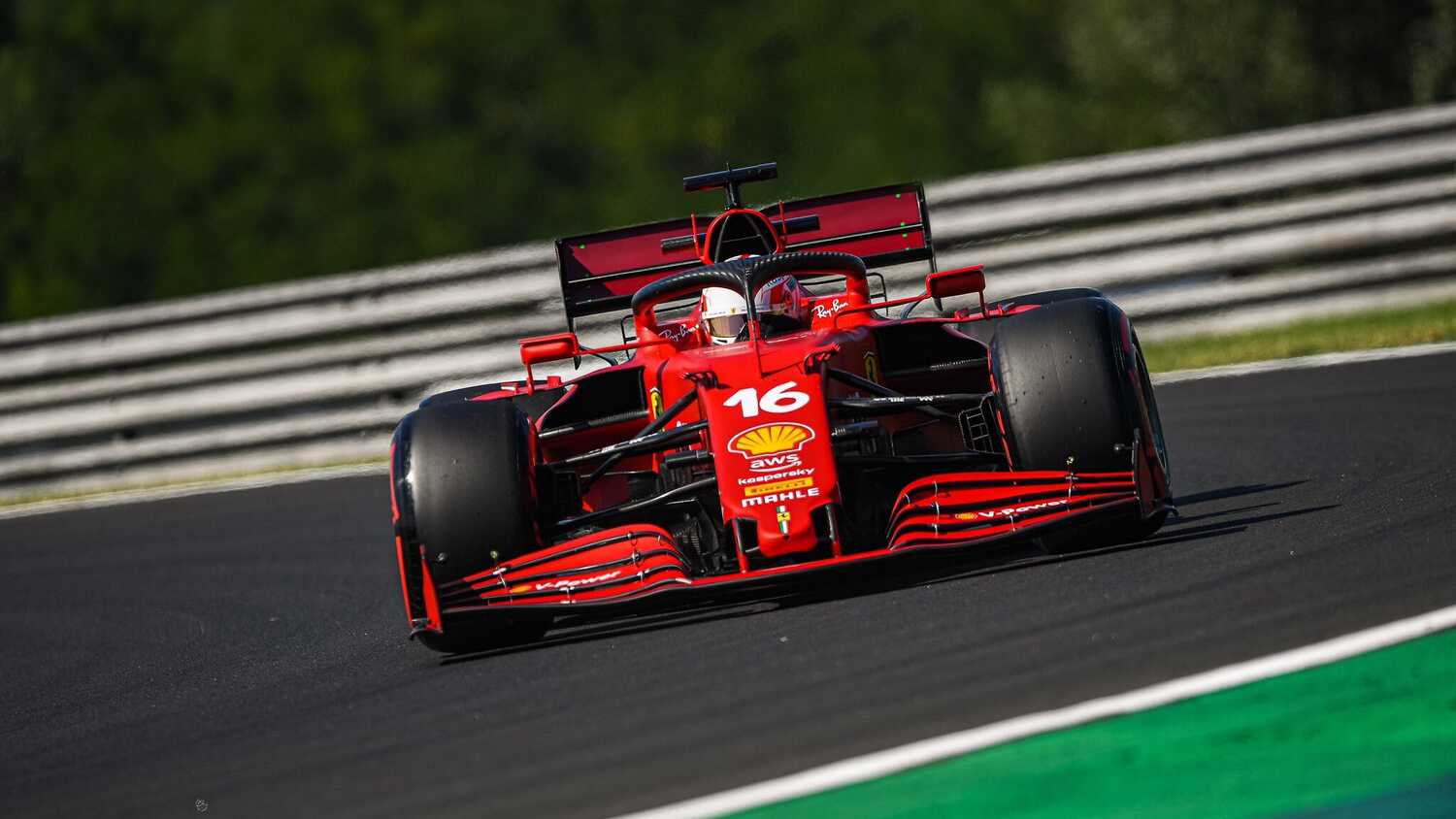 Ferrari have revealed Charles Leclerc is highly likely to need a fourth power unit later in the 2021 Formula 1 season which will give him a large grid penalty depending on how many engine elements are changed.

Leclerc's latest engine was damaged when he was hit by Lance Stroll at Turn 1 at the start of the Hungarian Grand Prix. Ferrari say his engine cannot be repaired.

"The accident in which Charles Leclerc was an innocent victim shortly after the start of the Hungarian Grand Prix came at the cost of robbing him of the chance of a great result at the Hungaroring," Ferrari said in a press statement.

"However, examination of the number 16 SF21 carried out yesterday in Maranello, revealed that on top of this, the engine was irreparably damaged and cannot be used again, following the impact from Lance Stroll’s Aston Martin.

"This is a further blow for Scuderia Ferrari and the Monegasque driver. This damage has a financial impact and also racing ramifications, given that over the remaining 12 race weekends this season, it is highly likely the team could be obliged to fit a fourth ICE to Charles’ SF21, thus incurring grid penalties."

Leclerc was deeply annoyed after the race, calling the opening seconds of the Grand Prix a "bowling game" on social media. He explained his thoughts behind the message.

"I know that sometimes small mistakes can have big consequences," the Monagesque told RacingNews365.com and other select members of the press. "I think though this time it's not really a small mistake.

"I couldn't see Lance in my mirrors and he was five or six positions back, so it was quite unrealistic for him to try anything there.

"But it's life, it happens. It's very frustrating. Quite unlucky on my side this first part of the season, but it's like this and we'll focus to have a better second half of the season."