Charles Leclerc was happy to qualify his Ferrari in fourth for the Emilia Romagna Grand Prix, but is wary of the challenge posed by close rivals McLaren. 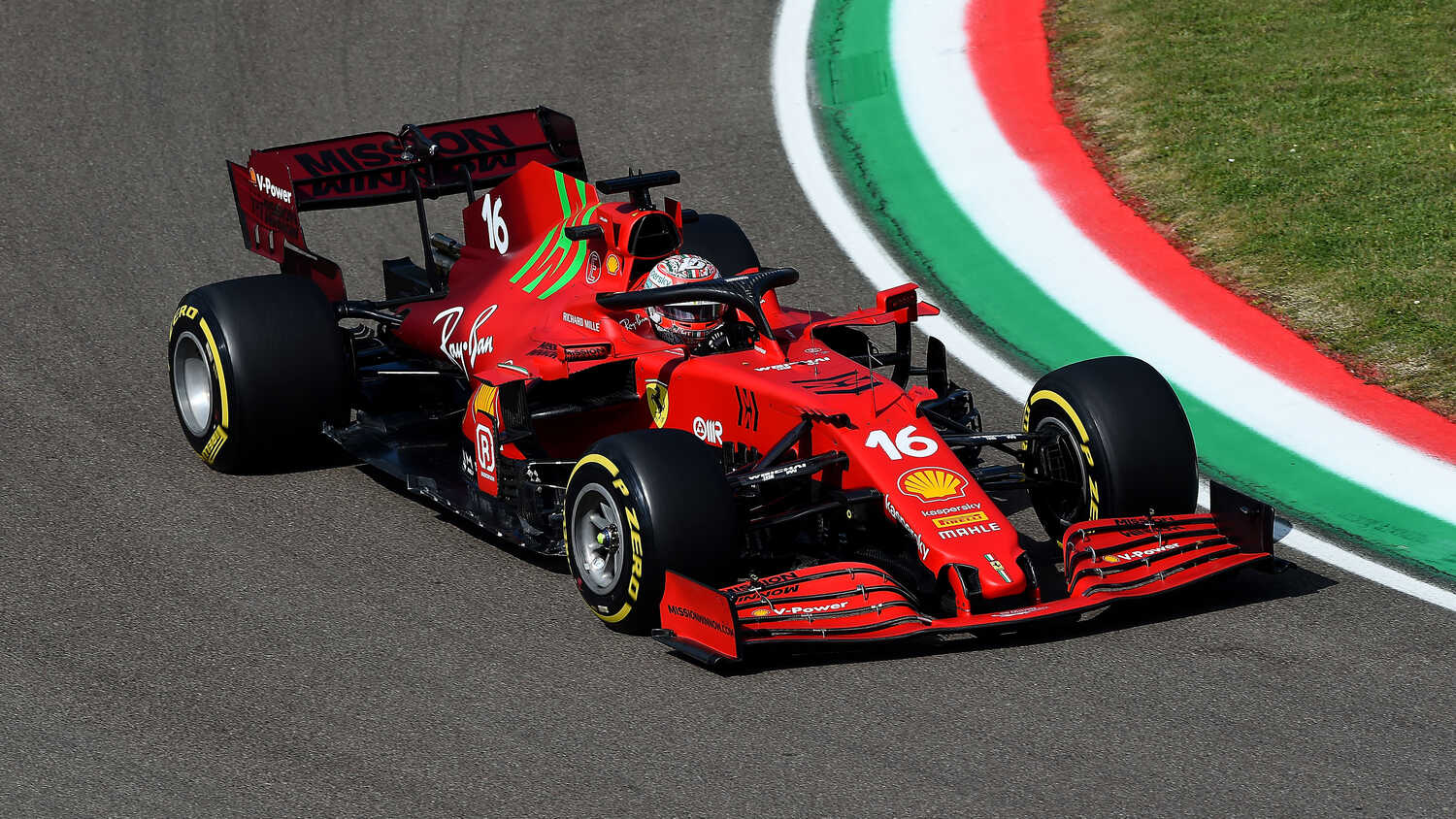 Charles Leclerc is expecting Ferrari to face a tight battle with rivals McLaren in the Emilia Romagna Grand Prix after Lando Norris put in a strong performance in qualifying.

Norris briefly took pole position in the final moments of the session before his time was deleted for exceeding track limits, putting him down to seventh place. Leclerc - who will line up in fourth for the race - was still impressed and thinks that Ferrari need to be wary of the challenge posed by the papaya squad.

"We need to push," Leclerc told Sky Sports F1, where he was interviewed shortly after Norris. "Because the guy that was sitting on that chair just before [me] did an incredible lap time.

"The two centimetres where he went off track didn't make him gain any time. He's done a great job.

"McLaren are really pushing, so it's going to be a good fight all year, and we have to be ready for it and push."

Despite being the closest driver to the top three of Lewis Hamilton, Sergio Perez and Max Verstappen, Leclerc admitted to initially feeling some frustration over his fast lap as he feared losing places in the tight midfield battle.

"I was actually quite frustrated after my fast lap because I lost a little bit of time in Turn 14 and 15," the Monegasque explained. "I took the curb in the wrong way.

"In the end [we got] P4 and we couldn't have gone P3, it wasn't enough today, so [I'm] happy overall with our performance."

Leclerc had a better day than his teammate Carlos Sainz, who was eliminated in Q2 and will start his second F1 race as a Ferrari driver in 11th place.