Although Charles Leclerc started the Azerbaijan Grand Prix on pole, he finished fourth after a late battle with Pierre Gasly. The Ferrari driver led the opening laps, however a fallen branch played a part in him falling down the order. 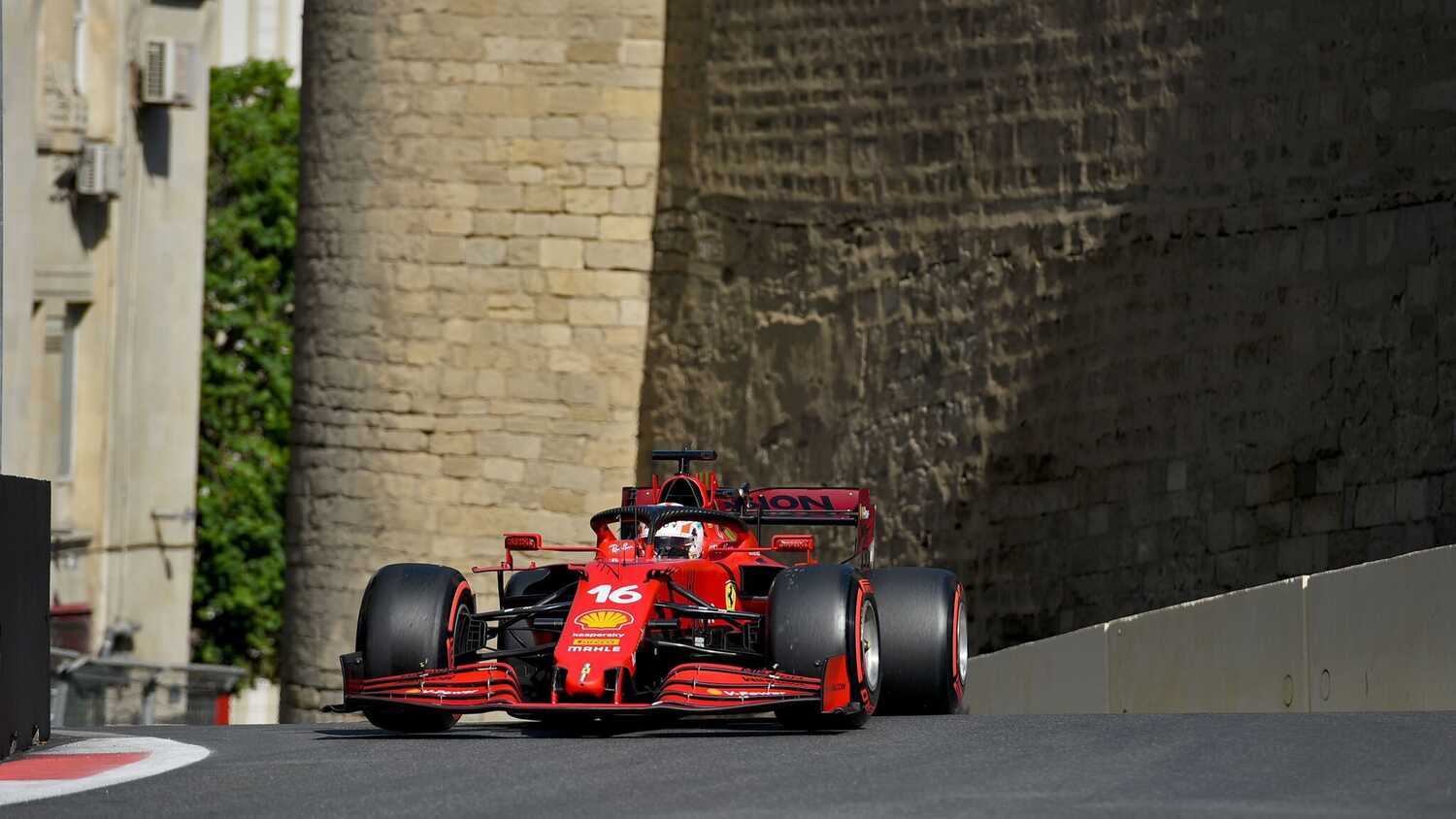 Charles Leclerc led the opening stages of the Azerbaijan on Sunday, however the Ferrari driver revealed that a tree branch on track at Turn 15 opened the door for Lewis Hamilton to make his way past.

The Monegasque driver started from pole, though unlike in Monaco he was able to make the grid this time out. Leclerc led for two laps before Hamilton found a way past down the main straight, with the Ferrari driver explaining how his attempts to avoid the fallen branch prompted him to cut the track and then back off.

"It was starting to be quite ok in the first few laps," Leclerc told RacingNews365.com and other members of the media.

"Then there was something that I think hasn't been seen on TV. There was part of a tree in the middle of Turn 15, and I actually lost quite a bit of time because I cut the track and I was a bit worried to gain time on Lewis behind that hadn't cut the track. So I slowed down and then he overtook me.

"From then on, it was quite difficult, because I was behind Lewis in dirty air, which I struggled a little bit. As soon as I lost the DRS, Max overtook me and then you are just in a vicious circle that is very difficult, because I had cars all around me that had a bit more pace than I did."

Leclerc finished just outside the podium after a late battle with Pierre Gasly, though he stated his race went as expected.

"I really enjoyed the last part, but the first part wasn't great," Leclerc added. "Let's say it was expected.

"It wasn't a huge disappointment. We knew that Max [Verstappen, the Red Bulls and Mercedes had quite a bit more pace than us on the long run. I tried not to fight them too much and focus on my race.

"The two big surprises from today were the two Aston Martins that were flying and we need to understand that because they definitely did something right."