Leclerc given the all clear after frightening crash in practice

Charles Leclerc has been given the all clear by medical crews in Saudi Arabia following his scary crash in second practice. 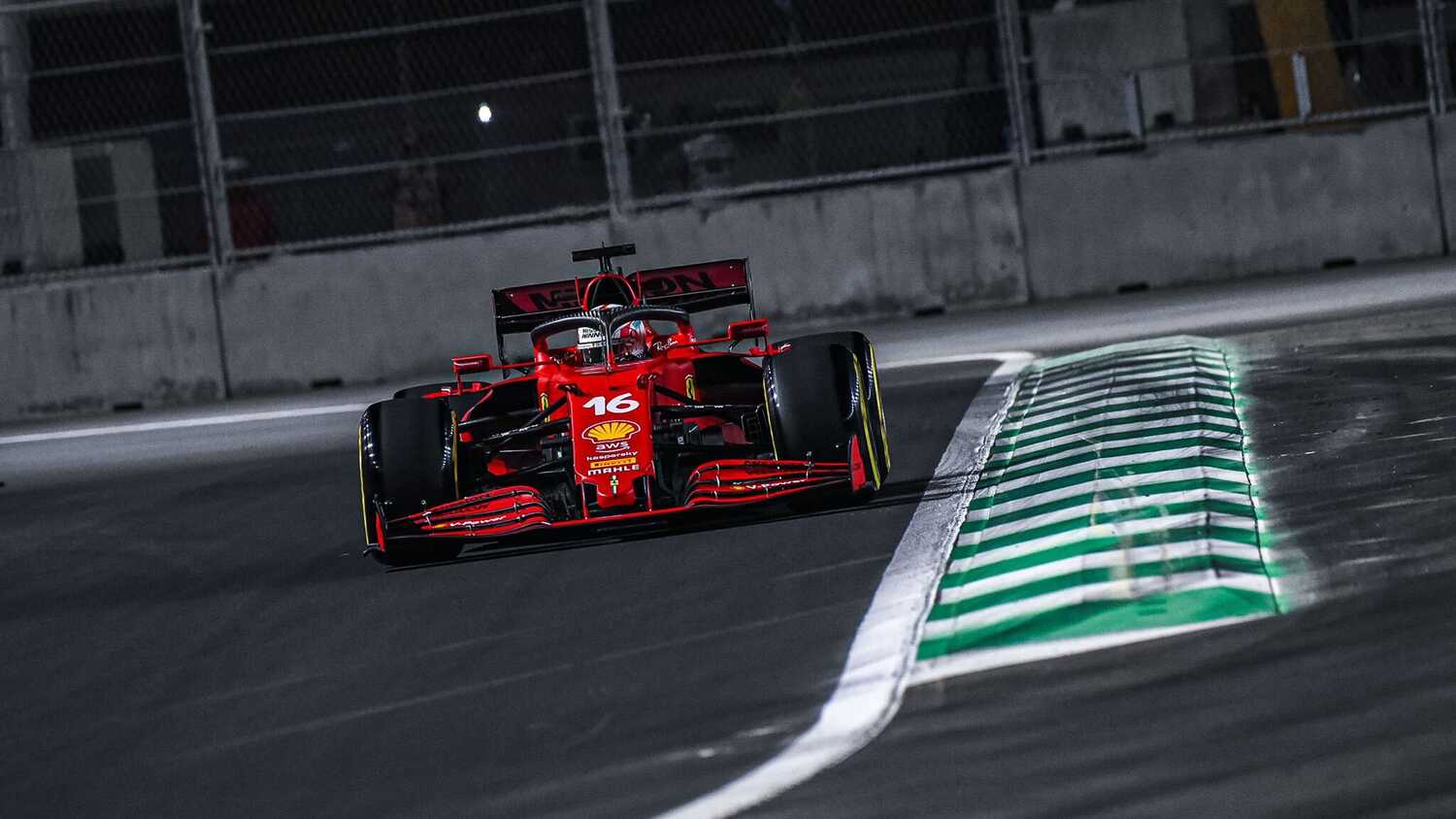 Ferrari have confirmed that Charles Leclerc has passed all medical checks after his high-speed crash during practice for the Saudi Arabian Grand Prix.

The Monegasque driver lost control of his SF21 negotiating the fast flick at Turn 22 in FP2, with the rear of his car going light as he swooped through the left-hander.

Unable to catch it at such high speeds, Leclerc was left a passenger as he went off backwards into the barriers. Hitting them hard, his car's momentum saw the entire rear and right-hand side of the chassis take the majority of the impact.

Leclerc was unhurt and confirmed that he was OK on team radio before climbing out. He was then taken for precautionary medical checks.

"Charles came back to the hospitality after routine medical checks having been given the all-clear by the doctors," read a short statement from the team.

Will he require a new chassis?

Ferrari have since confirmed that Leclerc will be able to complete this weekend using the same chassis and engine, and won't require a change or trigger a grid penalty.

This news was communicated in the hours following the crash, after the team got the crashed car back to the garage for extensive analysis.

Ironically, if that situation changes, the spare chassis available is the one that Leclerc was using up until Saturday in Qatar. He was given a fresh chassis after a crack was found on his original.

Ferrari's Mattia Binotto confirmed that that chassis would be repaired and brought to Saudi Arabia and Abu Dhabi as the spare.