The Ferrari driver feels his second place at Silverstone behind Lewis Hamilton was one of his best drives in his Formula 1 career. 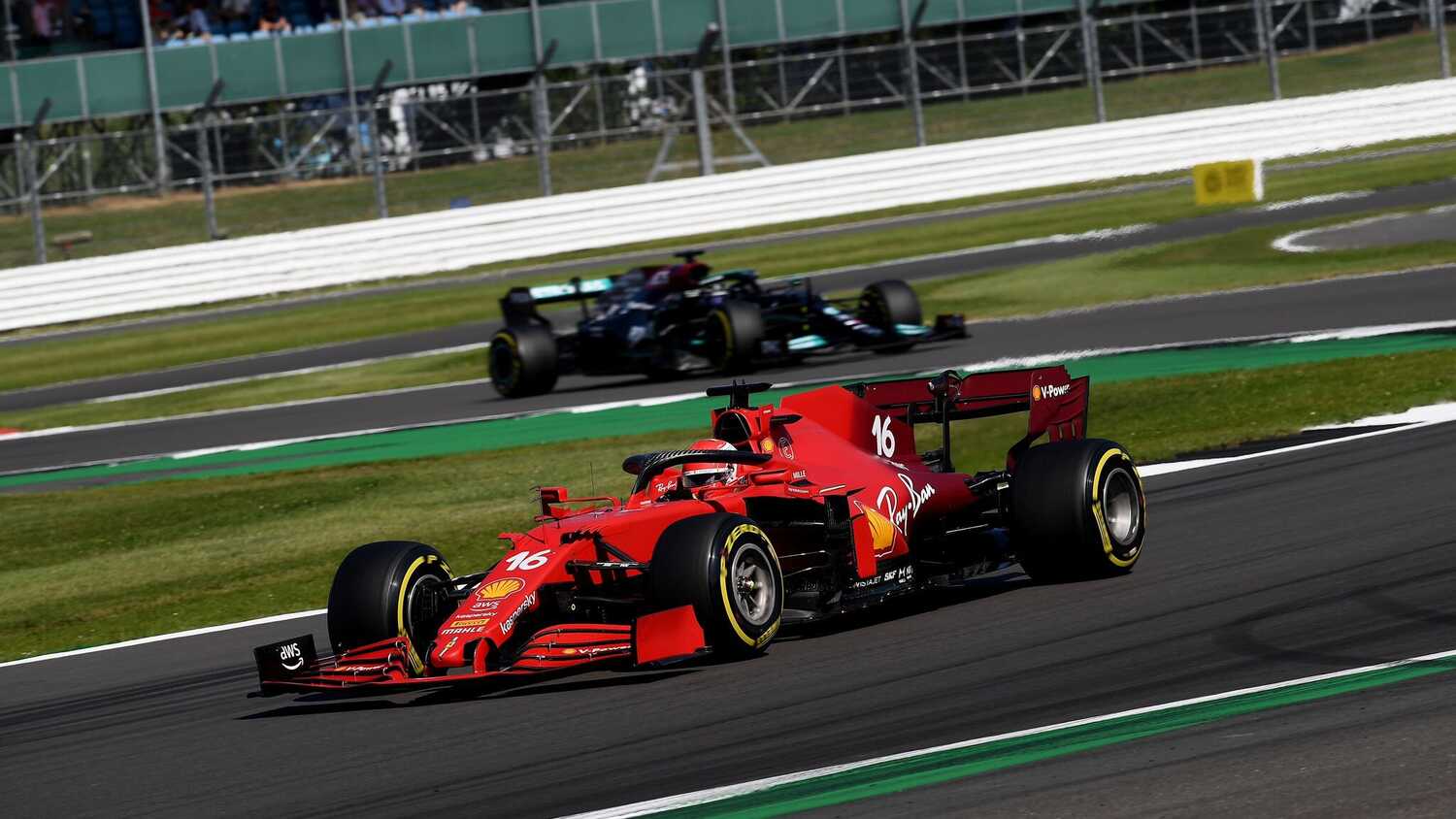 Charles Leclerc believes he did not make any big errors throughout his drive to second place at the British Grand Prix which was his first F1 podium of 2021.

Leclerc dealt with an issue with his engine in the middle of the race before eventually being overtaken by Lewis Hamilton with three laps to go at Copse. He says he did not give up until Hamilton got ahead of him.

"I was really on it every lap," Leclerc told RacingNews365.com and other members of the press. "So I don’t think there is one lap where I did a big mistake, and especially in the first stint with problems we had with the engine, I thought my race was over.

"I had quite a lot of things to do on the steering wheel but yeah, I think we managed the situation very, very well and we managed to diminish these engine cuts for the rest of the race."

The Ferrari driver was strong throughout the weekend and Leclerc admits he is half frustrated, half happy with the final result.

"Obviously going into this weekend there was absolutely no hope of fighting for a win here in Silverstone," added Leclerc. "So, this shows how great a job we are doing as a team. It’s not an easy situation for the team but the team is working extremely well.

"We are working extremely well as a team and we have shown that today with this second place. Now we need to keep on working because that’s what we want to do consistently, fight for the win.

"So it’s great to be fighting today with Lewis but we shouldn’t expect to be in that position for the rest of the year and for that we need to keep working."