Ferrari's new upgraded power unit was given the thumbs up by Charles Leclerc after Friday practice for the Russian Grand Prix. 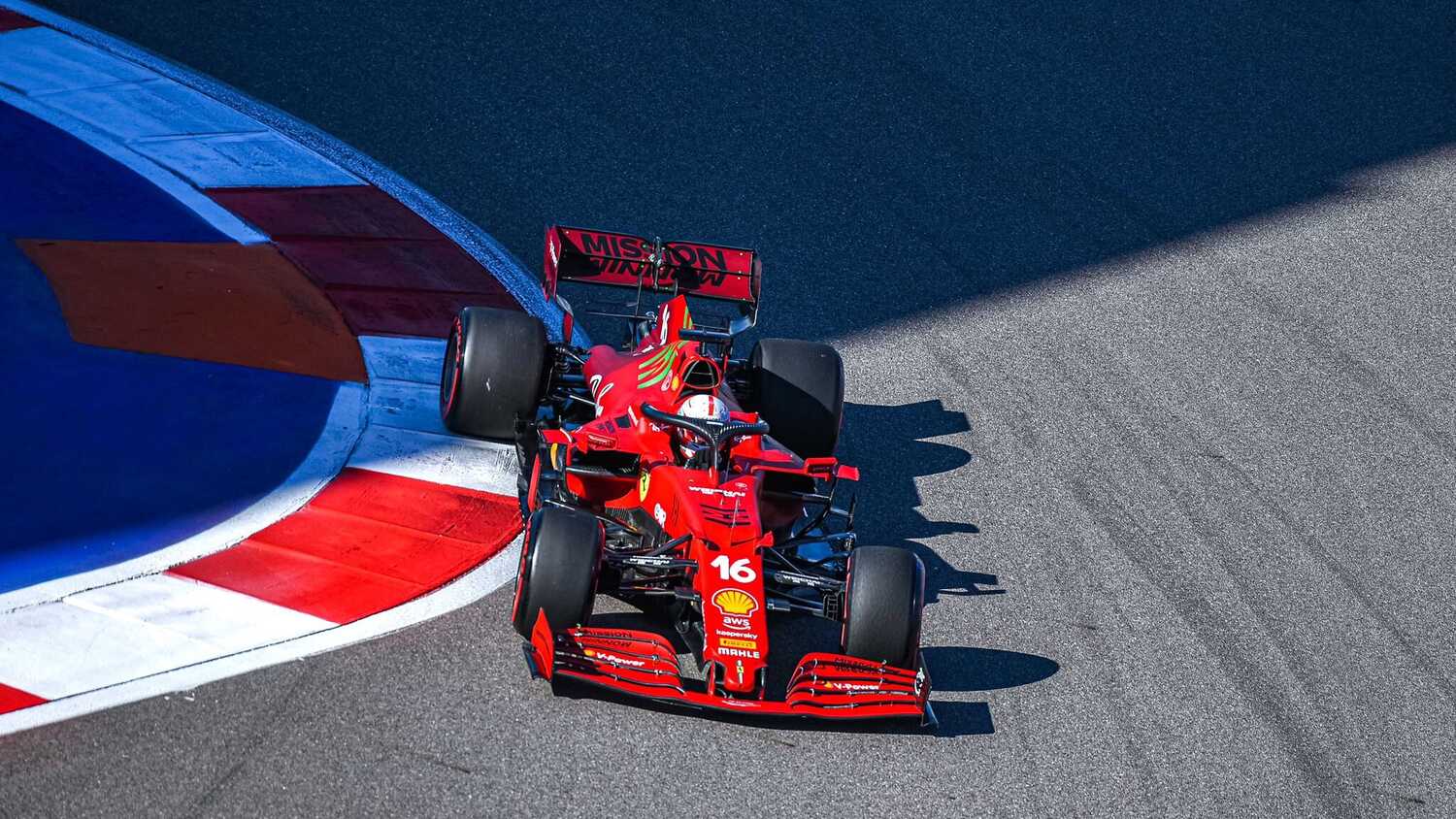 Although Charles Leclerc will start the Russian Grand Prix from the back of the grid, the Ferrari driver was happy with the performance of the new upgraded power unit in his SF21.

The introduction of the new unit is the reason why the Monegasque driver will start at the back in Sochi, as it is his fourth engine of the season, though he'll be joined by Max Verstappen after Red Bull also opted to fit his car with a new engine.

Ferrari introduced the new power unit before the end of the season in order to best prepare for 2022, and Leclerc says he noticed a difference.

"I feel that it is a little bit better, which is great," Leclerc told Formula1.com. "And obviously the data confirms it, so yes, it's great to feel it and to see it."

Leclerc's focus has already shifted to Sunday's race given his grid penalty, and he is hoping Verstappen's presence at the back will benefit him as he looks to make his way up the grid.

"We've been focusing mostly on the race, because from qualifying anyway we start last, so we've done a good job today by taking as much information as we could and [I'm] happy with our Friday," Leclerc added.

"I'll try to give my best, but I expect maybe a difficult race on Sunday… but it might be a bit easier for [Verstappen]; he's quite a bit quicker than us. I'll try to use him to just stay behind him and overtake the cars with him."