Leclerc 'closed my eyes' at scene of practice accident

Charles Leclerc has joked that he closed his eyes when he approached the location of his Friday practice crash during qualifying for the Saudi Arabian GP. 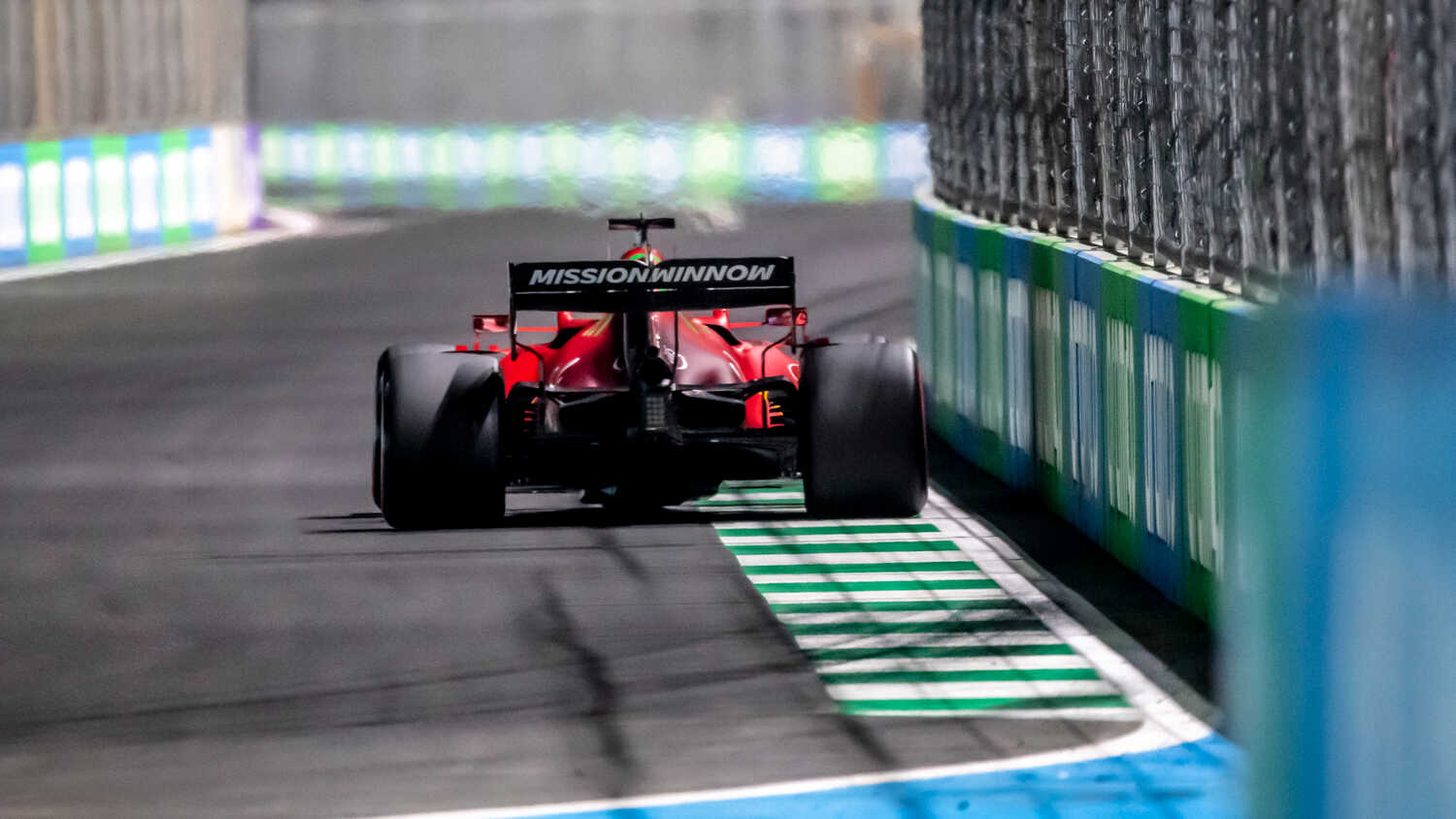 Charles Leclerc admitted to feeling some apprehension as he pushed the limit during qualifying for the Saudi Arabian Grand Prix, after suffering a heavy practice crash on Friday.

Leclerc hit the barriers at speed in Friday evening's FP2 session when he lost control of his car at Turn 22. Thankfully, the Monegasque escaped unharmed, while his engine and chassis also survived the impact.

Having returned to action on Saturday, the Ferrari driver charged to fourth on the grid - between the Red Bulls - with an impressive qualifying performance, despite another scare through the same corner.

"I kind of closed my eyes!"

Leclerc expressed satisfaction at his recovery and relief that he didn't end up in the barriers again.

"[It was] a lot better [than Friday]. I don't think we could have expected anything more than that," Leclerc told media, including RacingNews365.com.

"It was a very, very good lap and I'm very happy to be starting P4."

He added: "Eyes closed is an expression. I'm pretty sure I had my eyes open! But yeah, I lost the rear, and I honestly thought that the end will have been the same as yesterday.

"This time I kept it on track and made it stick, so I was very happy."

Leclerc felt the effects of his crash

Leclerc revealed that he suffered from sore feet and a slight headache when he woke up on Saturday morning, but was thankful that his engine and chassis escaped being written off.

"It looked very bad and it felt very, very bad," he said of the FP2 crash.

"I hit the rear first and the rear took all the shock, so if anything, it's quite crazy the engine has nothing [any damage]. The chassis then hit later on, so it was less of a shock for it, but it was quite a big one.

"My feet and head ached in the morning, but nothing too major."

Carlos Sainz will start 15th in the other Ferrari after he spun out at Turn 11 in Q2 and tagged the wall, damaging his rear wing.