The Ferrari driver says he and the team need to analyse why they struggled in the second practice session at the Belgian Grand Prix. 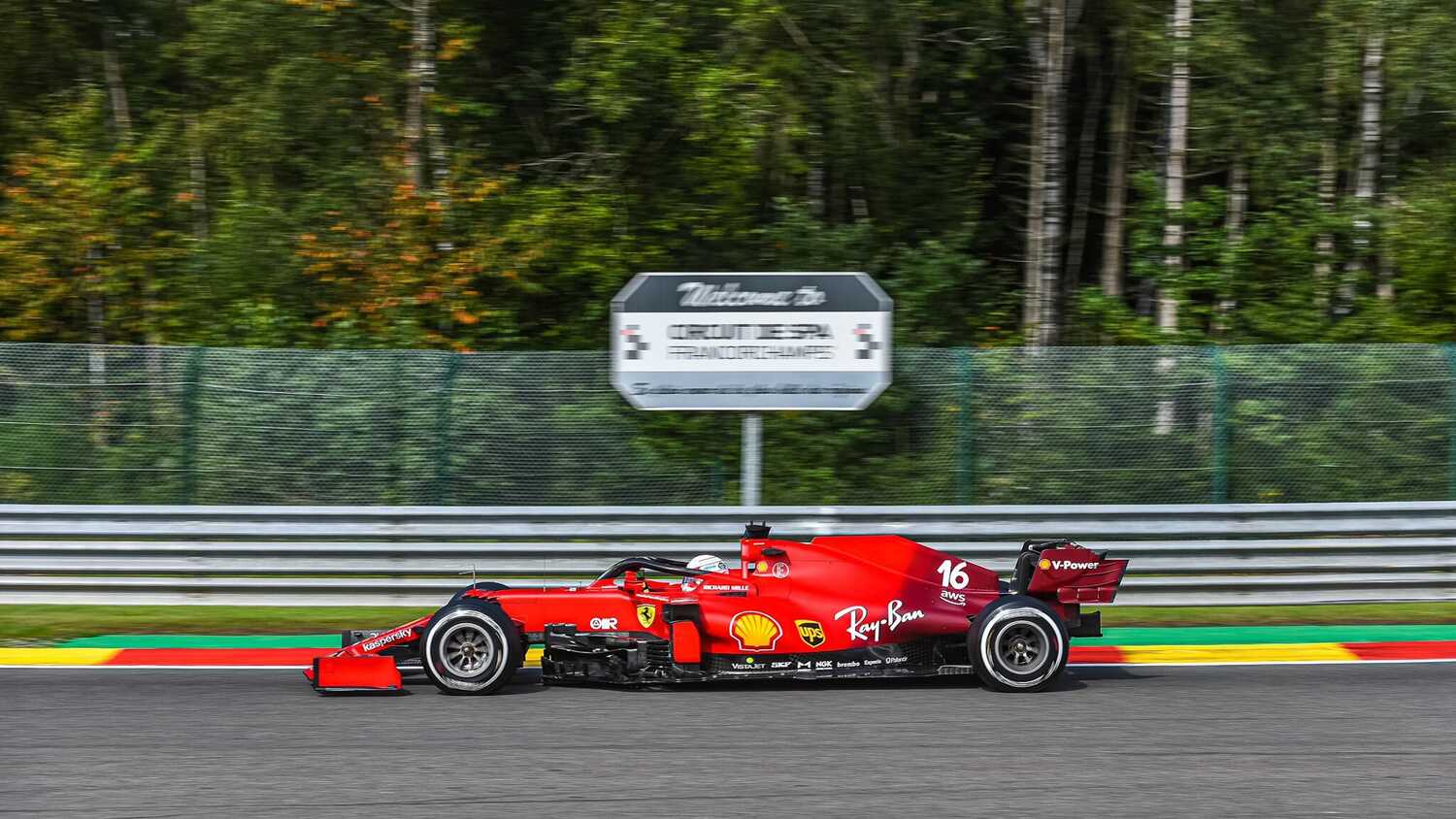 Charles Leclerc admits that he and Ferrari need to understand why they endured such a challenging second practice session at Spa-Francorchamps.

Leclerc lost control of his Ferrari as he exited Les Combes, ripping the front-left corner off the car when he hit the barriers on the outside of the track. He finished the afternoon session down in 18th, with teammate Carlos Sainz in 11th place.

"FP2 didn't feel great," said Leclerc. "We need to understand [why] because we didn't change much on the car. So there's definitely plenty to understand and hopefully we'll do a good enough job.

"But I am confident that we'll be able to do a good enough job to understand what went wrong in FP2 to be better tomorrow."

Ferrari are in a tight battle with McLaren for third place in the Constructors' Championship ahead of the Belgian Grand Prix.

Leclerc feels that the team need to be ready to adapt to the likely changing weather conditions and is not too fussed about his accident in FP2 ahead of Saturday's running.

"It's been a very tricky day overall, I think, for everyone, because of the conditions," added Leclerc. "But we have one night to work on the car to come back stronger tomorrow.

"Obviously, I would prefer to not end the day in the wall, but it's part of free practice and I'll try not to redo these mistakes later [in the weekend]."