Just like last weeks' race at the Red Bull Ring, rain continues to be a threat to the Austrian Grand Prix for the ninth round of the 2021 Formula 1 World Championship. 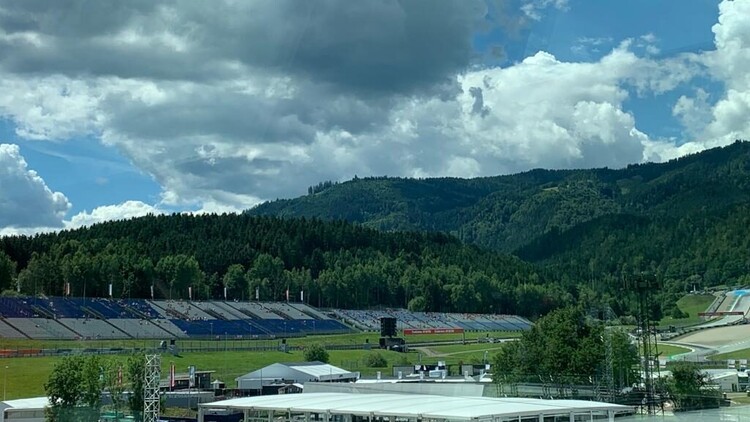 The weather forecast for Sunday's Austrian Grand Prix suggests rain continues to be a factor that the teams simply can't ignore.

Rain and localised storms threatened most of last weekend's Styrian Grand Prix, although never affected track time to a significant extent. However, rain did strike the circuit following the race.

For this weekend's race, the weather forecast is strikingly similar. Could rain hit the track during the Grand Prix itself? Our friends at WeerOnline have supplied us with the very latest information.

There is rain in the area of Spielberg in the morning, with a heavy shower moving over the western part of the Austrian Alps and is slowly approaching the circuit.

The sun will give way to more and more clouds and the chance of a thunderstorm increases.

But, this does not mean that the Red Bull Ring itself will actually get wet. The first showers may occur after the race. And if showers develop during the race they may miss the circuit for the most part.

The drivers will probably start the race in dry weather but, during the race, teams will have to be ready to possibly respond to worsening conditions with a switch to intermediates. As seen in Friday practice, the rain can fall but the drivers may not require a switch away from the dry compounds.

At 22 degrees Celsius at most, it is not really warm in Spielberg and the drivers will have to keep working to keep their tyres at the right temperature. And if there is some rain, that temperature will drop a few degrees. 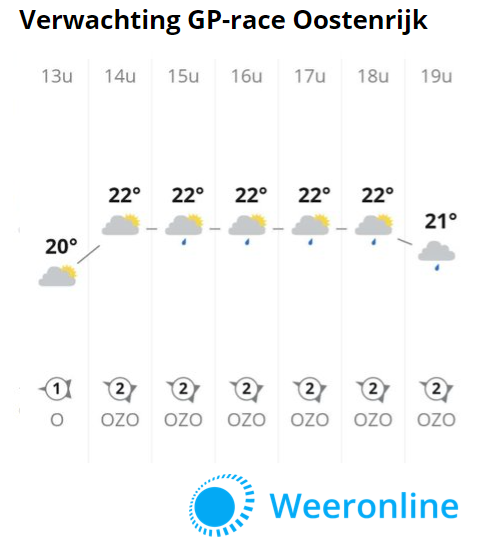