The Polish driver admits he was eager to drive at Monza before he was called up to replace Kimi Raikkonen for last weekend's Italian Grand Prix. 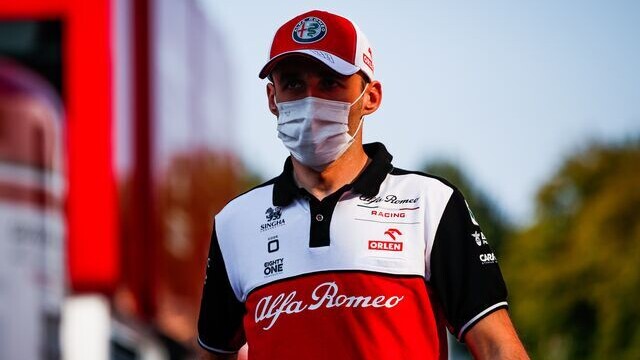 Robert Kubica says he "always feels special emotions" when he drives at Monza, so he was delighted to get a second call up to race for Alfa Romeo at last weekend's Italian Grand Prix.

Kubica substituted for Kimi Raikkonen at the Dutch and Italian GPs after the 2007 Formula 1 World Champion tested positive for coronavirus at Zandvoort.

"I always wanted to do free practice one in Monza, just because I always feel quite special emotions here," Kubica told RacingNews365.com and other select members of the press.

"It's one of the tracks where I enter, whatever I'm coming to the paddock, if it's ELMS or even some testing, it gives me a special feeling.

"For sure, we didn't achieve what we were hoping for as a team as a final result. But we gave everything and I hope [the] fans enjoyed it and appreciate it.

"I would like also to thank the Polish fans, because there was a lot of flags. Surprisingly, more Polish flags than Italians here."

The 36-year-old finished in 14th at Monza and is set to revert to his reserve driver role at Alfa Romeo as Raikkonen returns to the paddock for the Russian GP.

Kubica says he always hoped that he would get the chance to race in F1 again following the 2019 Abu Dhabi GP, which was expected to be his final event in the sport.

"I think too many people attached to me that Abu Dhabi would be my last race," added Kubica. "The history of life taught me that you never know.

"This was another example, of course, a positive one... a difficult one, but very positive."