Jordan: Schumacher lied to me

Michael Schumacher's Formula 1 debut continues to make headlines after almost 30 years. Eddie Jordan, who brought the German to his team for the 1991 Belgian Grand Prix, shared his perspective on what actually happened back in August 1991. 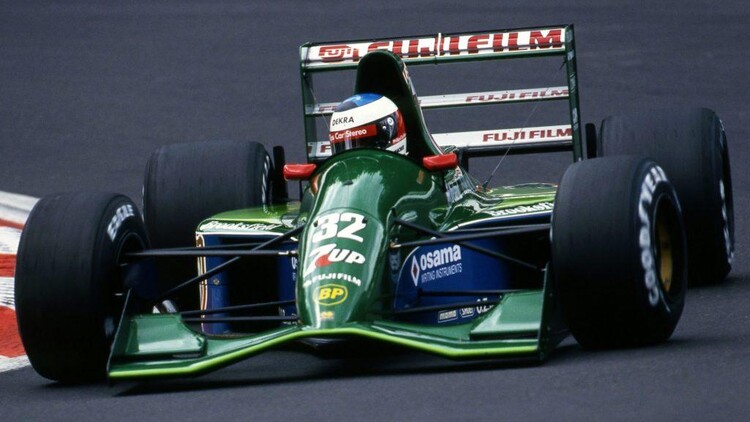 Former Formula 1 team owner Eddie Jordan has shed some light on Michael Schumacher's debut for the team back in 1991, stating the German "blatantly lied to me" about his experience at Spa-Francorchamps.

Jordan were down a driver heading into the 1991 Belgian Grand Prix after Bertrand Gachot was handed a prison sentence for assaulting a taxi driver. Mercedes played a part in getting Schumacher, who qualified seventh but retired with a clutch problem, the seat by offering $150,000 to the team.

However Jordan has shared some insight into why he approved the deal, stating Schumacher told him he had previous experience at Spa, something that wasn't exactly true.

"He lied to me, he lied blatantly to me," Jordan told BBC Sounds' This Sporting Life. "I asked him, prior to going there, had he been to Spa before? When you ask a racing driver ‘have you been to Spa before?’ you don’t necessarily want him to answer ‘yes, I was there as a tourist’, you want to believe he was a driver there.

“He had never set eyes on this track in his life. He had been there with his father years earlier when he was still doing karting but had never raced there.

“That’s what makes what he achieved there that particular weekend even more remarkable.”

It proved to be Schumacher's only appearance for Jordan, as a contract dispute saw him join Benetton for the next race in Monza, though Jordan doesn't blame the German for the situation.

"It wasn’t a question of liking or disliking," Jordan added. "I didn’t dislike him, if that’s what you mean.

“I felt the way he handled it was very poor, but I do believe that was AMG particularly, who were his management. I thought they were, I don’t want to say too much because it was a long time in the past and I don’t want to seem bitter, but they dealt very badly with me."