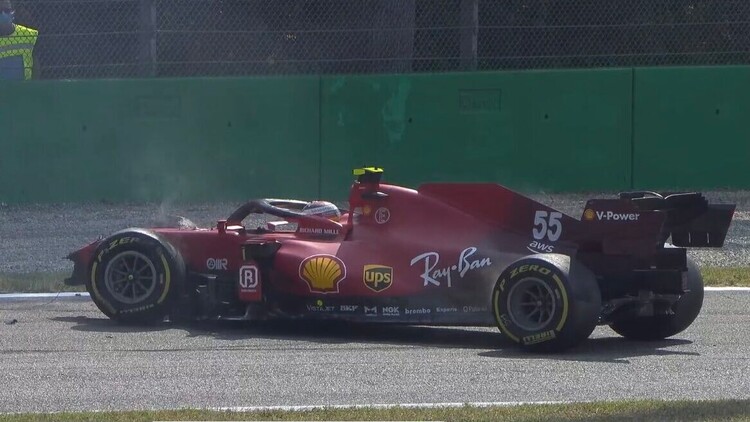 Saturday's second practice session for the Italian Grand Prix at Monza has been red-flagged after Carlos Sainz crashed heavily.

Sainz lost the rear of his Ferrari at the Ascari chicane midway through the one-hour session, sliding into the wall and sustaining significant front-end damage.

"That hurt a bit, but I'm OK," said Sainz over the radio, after coming to a halt.

It is the second successive event at which Sainz has suffered a heavy crash during Saturday practice, with the Spaniard also bringing out the red flags in FP3 at last weekend's Dutch Grand Prix.

Ferrari mechanics now face another race against time to get Sainz's car repaired for the Sprint Qualifying race, which will begin at 16:30 local time.