Is Perez suffering from 'Verstappen syndrome' at Red Bull?

The experienced Sergio Perez has had an up and down season at Red Bull. The Mexican has struggled with the Red Bull RB16B, a car that seems to be working incredibly well for Max Verstappen. This makes Perez the third driver in a row to be beaten by the Dutchman. Is this a case of 'Verstappen syndrome'? 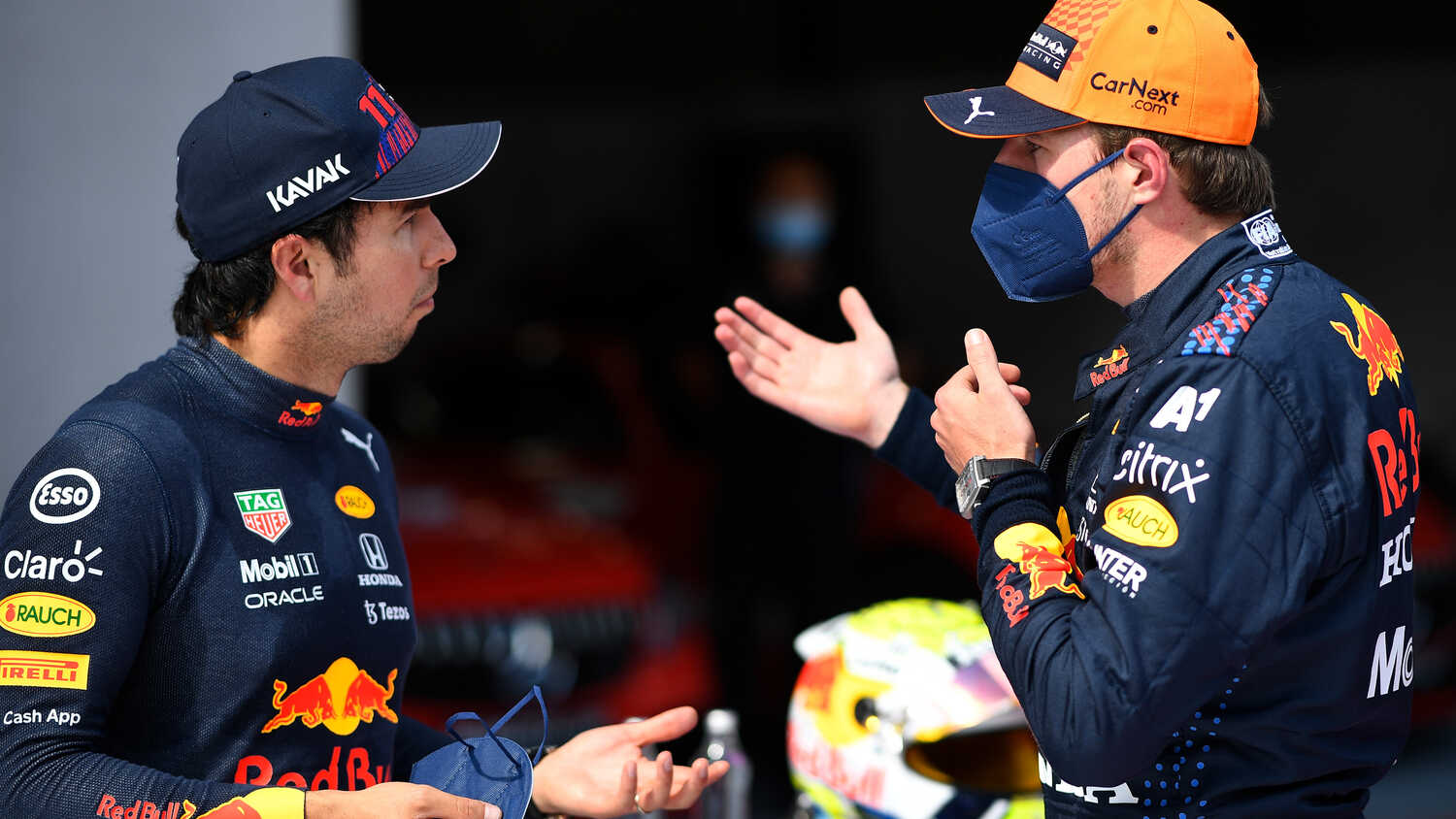 During the first half of the 2021 F1 season, only once did Sergio Perez manage to qualify ahead of Max Verstappen in 11 attempts. At the second Grand Prix of the season in Imola, he qualified in second position on the grid and expectations were high. Would Verstappen finally have a teammate who could push him to the limit? In the race, Perez seemed to unintentionally give the answer on several occasions by spinning multiple times, losing a podium and dropping out.

Later in the season, the Mexican managed to put himself at the front on the streets of Baku, where he claimed his first win for the Red Bull team. In many other races, though, the distance between himself and Verstappen was too great. Partly due to poor qualifying sessions and opening laps, Perez often starts races with an already significant gap to Verstappen, a gap that he struggles to close. Looking at Perez's race pace in free air, however, shows a different picture: his lap times are often good, and his tyre management is excellent.

So where is it going wrong for the second Red Bull driver?

When RacingNews365.com spoke exclusively with Red Bull advisor Helmut Marko earlier this year, we asked him about what makes Verstappen so special, and how the Dutchman has grown in recent times. Only 23-years-old and already considered one of the best F1 drivers – imagine the challenge of being his teammate.

"Max has matured even more this year when it comes to speed. He no longer wants to be the fastest in every practice session and if there were problems in the past he could get angry, but that is a thing of the past. The potential is there and he's putting it to good use," says Marko.

At Red Bull, no driver has come close to Verstappen, including his new teammate Perez. Marko explains what makes Verstappen so unique.

"Our car is aerodynamically very optimised, but that means it is more sensitive. Max doesn't lose time when the car is a bit unstable. Every other driver gets into trouble. It is Max's incredible strength that he adapts immediately. If there is rain, for example, he doesn't need any adjustment time. He showed that in Imola in the first few laps when he pulled away from the rest. That gave him a lot of confidence."

Marko enthusiastically continued his story about Verstappen, citing the tyres and tyre management as an example: "It's incredible. Max just feels and sees everything. For example, that the left rear tyre is getting a bit too hot. He then adjusts his driving style, but his lap times remain the same. Few drivers can do that."

The sensitivity of the Red Bulls in particular is a problem for other drivers. Perez tried Verstappen's set-up, but was uncomfortable with the nervous handling. It didn't work out at all well for Perez, who saw the gap to his teammate widen.

"I wouldn't say he has 'Max Syndrome', but Perez is obviously not happy with Max's lead. He then tried to go his own way in terms of set-up and not use the set-up of the car that Max uses, despite it being successful. However, this set-up is not easy to drive," Marko told Motorsport Magazin.

This makes Perez the third driver after Pierre Gasly and Alex Albon to struggle with the Red Bull: "With Pierre it was extreme. I think if you have a fast car with a fast set-up, it's not a good idea to go in a different direction technically."

What is the solution?

The chances of seeing Perez at Red Bull again in 2022 are high. The team is keen to keep Gasly as AlphaTauri's leader, whilst Albon and young Yuki Tsunoda are not options. Only the arrival of Valtteri Bottas could cause a shift.

Listening to Marko and Christian Horner's words, there seems to be a pattern here. For the third year in a row they are having to defend the second Red Bull driver. With Gasly and Albon, the lack of experience was pointed out, but Perez is one of the most experienced drivers on the grid.

Though with only three pre-season test days, Perez had little time to try things out. He could only drive for one-and-a-half days in preparation for the season. Other drivers who switched teams, including Daniel Ricciardo, also showed great difficulty in adapting.

Perez has no option but to refine his driving style and make more use of the direction Verstappen and Red Bull are taking with the set-up of the RB16B. He faces the difficult task of chasing the Mercedes cars in the coming races and, if at all possible, taking points from Lewis Hamilton. Points that could prove decisive in the title battle.