Will Hamilton also take a grid penalty at the Russian GP? 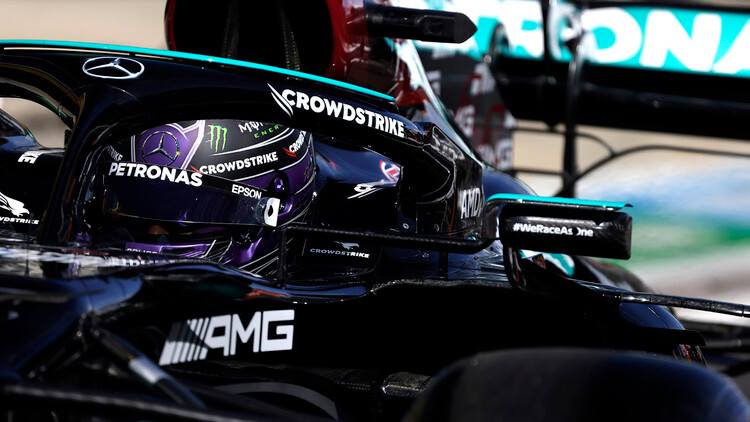 While Red Bull advisor Helmut Marko thinks Lewis Hamilton will take a fourth engine, and thus a grid penalty, at one of the next three races, Mercedes boss Toto Wolff remained coy on the matter after qualifying for the Russian Grand Prix.

Championship leader Max Verstappen already took on a fourth power unit at the Sochi Autodrom on Friday, meaning he'll start Sunday's race from the back of the grid, but the focus has now shifted to Mercedes' plans for Hamilton.

On Thursday, Hamilton told media, including RacingNews365.com, that were no plans to fit a new engine to his car in Russia, even suggesting that Mercedes may not need to introduce a fourth engine at all.

Marko isn't convinced, stating that he expects Hamilton and Mercedes will have to replicate Red Bull's strategy at one of the upcoming races.

When asked whether an engine change could be in the works, even as soon as this weekend, after Hamilton could only qualify fourth on Saturday, Wolff wouldn't reveal Mercedes' plans.

"I have never lied to you in my whole life, and I won't lie to you," Wolff told RacingNews365.com and other members of the media. "That's why I can't comment on this question at this time, unfortunately, as a politician would say."

Wolff also responded to Marko's comments with a grin: "Well, if he says so! We'll see what we do tomorrow."

A Mercedes team spokesperson would neither confirm nor deny a grid penalty for Hamilton, when asked for an update by RacingNews365.com, saying: "Let's wait and see what we do tomorrow."