The feeling around the world is that Lewis Hamilton's win in Brazil has reopened the fight for the 2021 F1 World Championship. 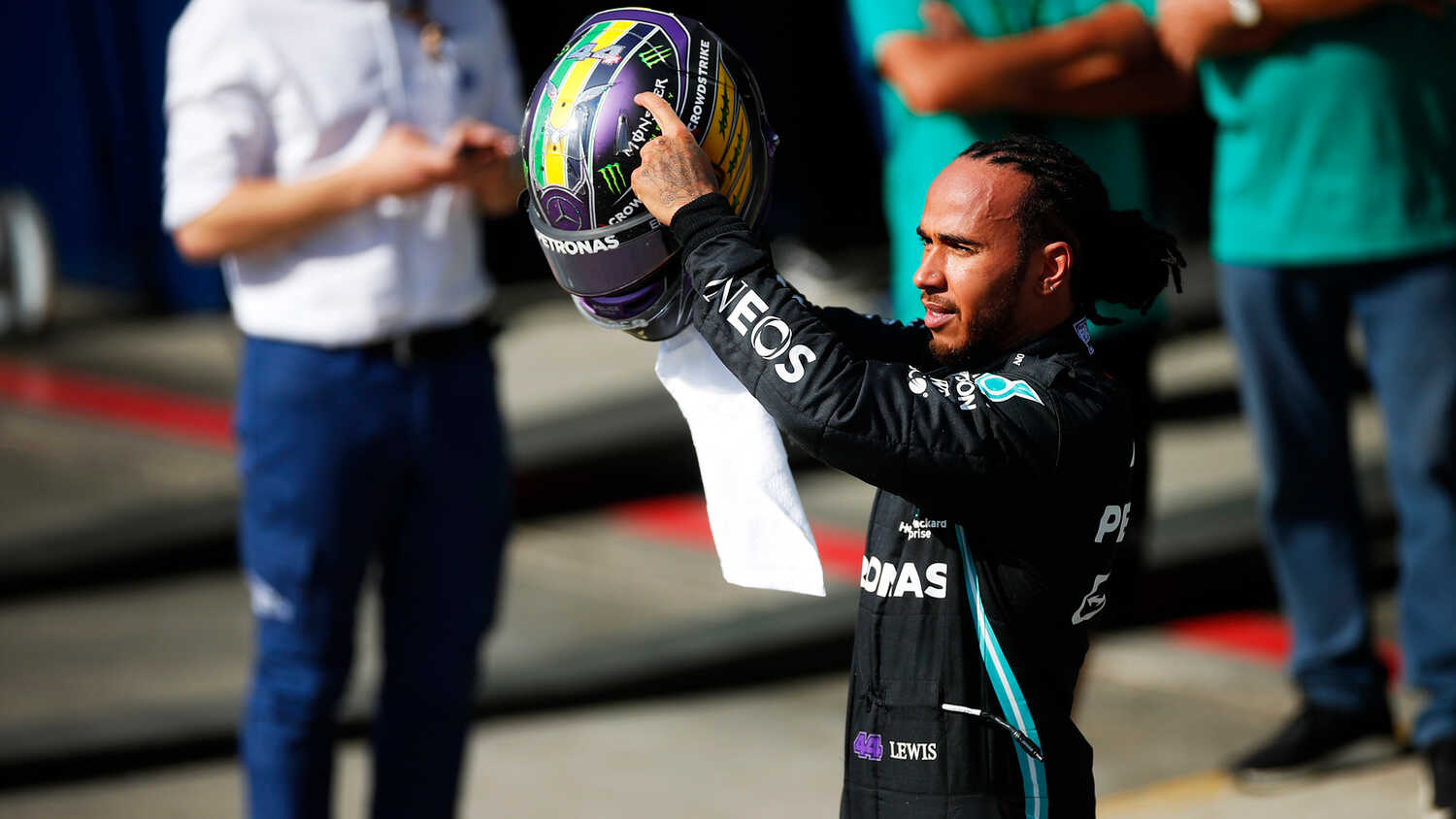 Lewis Hamilton's victory at the Sao Paulo Grand Prix was praised around the world, with many likening his performance to that of home hero Ayrton Senna.

The win was Hamilton's sixth of the season, but more importantly, it means he now trails Max Verstappen by just 14 points in the Drivers' standings with three races remaining in the season.

"The reincarnation of Senna"

Looking back at his performance on Sunday, however, Italy's La Gazzetta dello Sport had nothing but praise for the seven-time World Champion after what was one of the most difficult race weekends of his career.

"Hamilton had to climb Mount Everest twice in Brazil to finally bring the flag of his Brazilian idol Ayrton Senna to the podium," wrote the Italian publication. "The superstar pulled off a magnificent overtake on Verstappen and, with his anger, pride and class, he made sure that the fight for the title will continue.

"It was a masterpiece from Hamilton, who only had one thing on his mind in Brazil: beat Verstappen."

The Corriere dello Sport took the praise one step further by saying Hamilton looked like Senna at Interlagos.

"Hamilton and Senna take out Verstappen," the publication wrote. "Hamilton made up no fewer than 25 positions in Brazil en route to victory. Verstappen could do nothing about it, and playing dirty didn't help him in this case.

"It was good to see the two fighting one another, and that they were actually allowed to fight. In the end, Hamilton was too strong, partly because he drove like he was the reincarnation of Senna. The battle between Hamilton and Verstappen made the crowd go wild, just like in the early 1990s.

"Verstappen tried everything to keep Hamilton behind him, even driving close to the limit, however nothing could stop Hamilton in Brazil. The Briton's performance even caused Mercedes Team Principal Toto Wolff to go wild.

"The Austrian realises that the battle for the title is wide open once again, even though Hamilton still has to make up 14 points on Verstappen."

"One of Hamilton's defining performances"

In Britain, the BBC led with comments from 1996 World Champion Damon Hill, who described Hamilton's win as "one of the best drives I've ever seen in Formula 1 - by anyone. Utterly awesome."

"Yes, the Mercedes was the best car in Brazil over the weekend," the British outlet continued. "Despite that, this will go down in the annals as one of Hamilton's defining performances.

"It may also turn out to be a critical race in the destiny of this year's championship. It certainly made a significant difference as F1 heads into its climax in the Middle East for three races over the next four weekends.

"If Verstappen had won at Interlagos, the Red Bull driver would have been able to finish second behind Hamilton at all the remaining races and still win the title. As a result of Hamilton's win, there are just 14 points between them - less than a third-place finish - and it remains anyone's to lose and win."

"Hamilton taught a lesson in Brazil"

In France, L'Equipe believe Hamilton's win will go down as one of his best ever, writing: "Despite starting in 10th, Hamilton still won the Brazilian Grand Prix. It's a heavy setback for Verstappen, who sees Hamilton closing in on the championship.

"The faltering Red Bull car was overtaken in the final stages by the strong Mercedes. Hamilton was superb, and this race weekend will go down as one of the Briton's best ever."

Meanwhile, Marca were surprised by the stewards' decision not to punish Verstappen for his stiff defence of the lead on Lap 48 of 71.

"An equally motivated and furious Hamilton taught a lesson in Brazil," wrote the Spanish publication. "The Mercedes driver started 10th, but drove all the way to the front.

"Once there, he also had to beat the unsporting Verstappen. The Dutchman was extremely defensive and even tried to collide with Hamilton, who had to swerve to avoid a crash.

"The decision not to penalise Verstappen was a strange one by the race directors. Hamilton received a 10-second penalty at Silverstone, Verstappen a three-place grid penalty following Monza, but the moment at Interlagos went unpunished.

"Fortunately for the sport and the championship, Hamilton was able to pass Verstappen in the end. The difference in the standings is now 14 points, meaning the fight for the title is now wide open."