It was a weekend of highs and lows at the Russian Grand Prix, with Lewis Hamilton claiming a record 100th Formula 1 victory, whilst Lando Norris suffered the heartbreak of losing out on his first. The emotional events sparked plenty of reaction across international media. 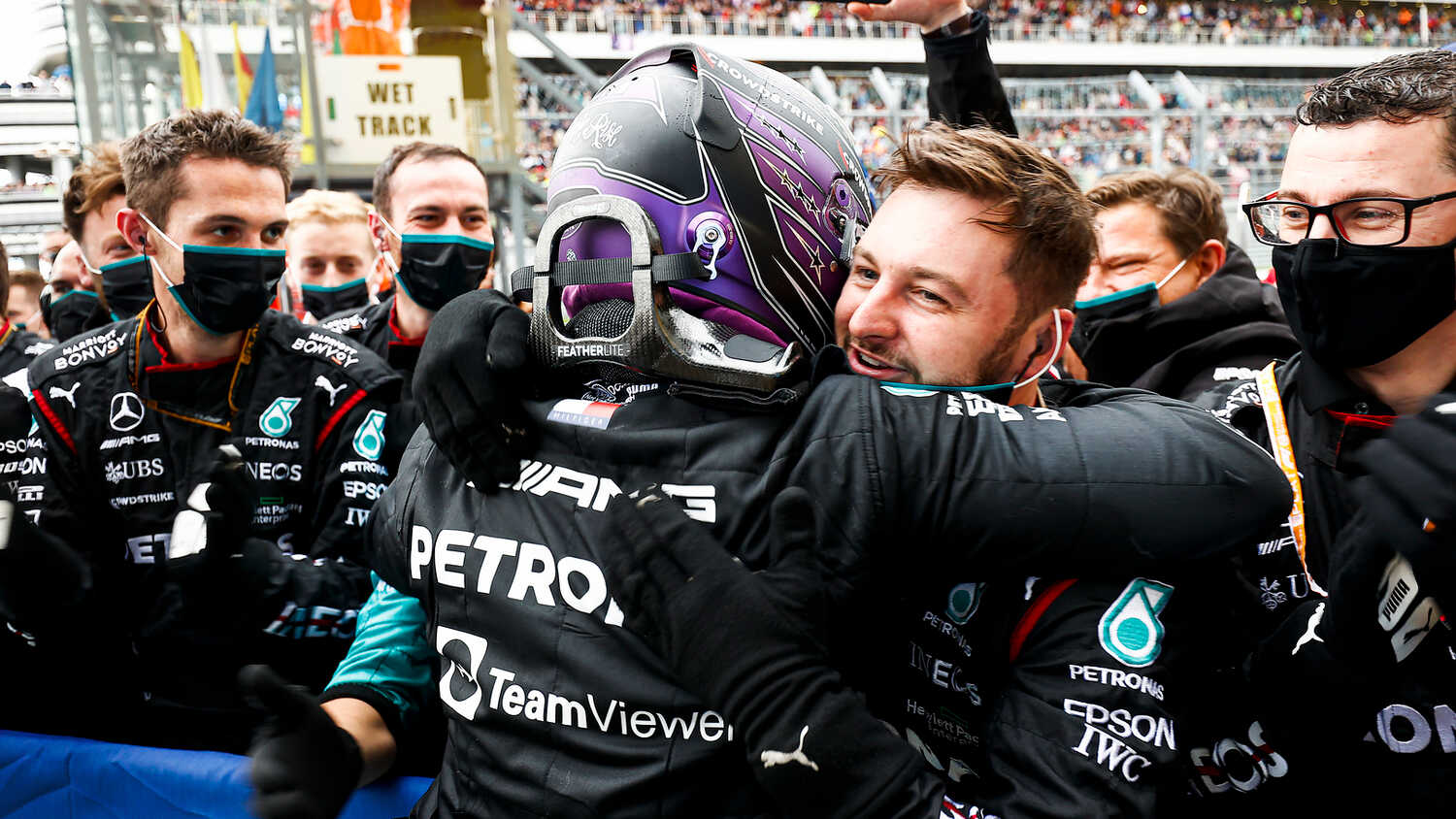 The Russian Grand Prix was a race to remember, filled with highs and lows for the title contenders as well as the midfield pack. Lando Norris looked to be on course for his first win in Formula 1, but lost out when rain hit Sochi during the final laps of the race.

Norris' decision to stay out on slick tyres cost him victory, and instead allowed Lewis Hamilton to claim a record 100th F1 win, as well as putting the Mercedes man in the lead of the World Championship. However, title rival Max Verstappen was perhaps the biggest winner of all, clinching second place despite having started from the back of the grid.

The dramatic events of the weekend have sparked a great deal of reaction, with several international media outlets sharing their take on what unfolded in Sochi.

With the race victory being fought out between two British drivers until Norris' undoing, the BBC in the United Kingdom looked at how both Norris and Hamilton had been affected. The publication's race report had strong words of praise for Norris, who they felt had "controlled the race expertly from the front", and placed the blame for his lost victory on his team: "McLaren realised they had messed up and somehow failed to read the weather forecasts the way their rivals did."

Hamilton's win was celebrated, yet there was a note of caution in terms of his prospects for the championship fight, with the headline reading: "Lewis Hamilton's 100th win in Russia cannot mask concern for F1 title chances."

"The title race could hardly be any closer and, if anything, the run-in looks tougher for Hamilton than Verstappen," the BBC wrote, adding: "Of the remaining seven races, they [Mercedes] expect to have pretty much no chance of beating Red Bull at one – Mexico – and the others are too close to call."

In the French media, Norris received sympathy from L'Equipe, whose headline spoke of the 21-year-old's "broken dream". The emotional take continued in their reflections on Norris' demeanour after the race: "After finishing seventh in a race he led until three laps from the finish because of the rain, the young Englishman did not say a word as he walked back to his pit. A silence as heavy as his pain."

Spanish publication Marca had perhaps a more positive view on Norris' achievements, writing: "He lost everything, but he showed his class and his hunger for victory". Perhaps understandably, there was praise for Norris' former teammate, Carlos Sainz, who was hailed as a "hero" after claiming a podium finish. 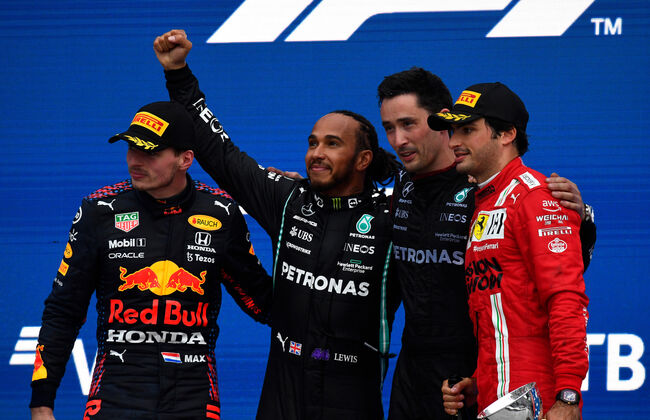 Similarly, fellow Spaniard Fernando Alonso received an outstanding review: "The maestro seems to be at 100% of his usual best. If only he had a Mercedes..."

However, it was the title contenders who were called "the two winners of the Russian Grand Prix", with Verstappen labelled "indestructible" for his comeback drive, whilst Hamilton's record-breaking victory puts him as a "driver without equal".

German outlet Bild felt that Verstappen had pulled off a Michael Schumacher-esque performance, with their headline reading: "Verstappen does the Schumi"

"Such spectacular catch-ups don't happen often," they wrote. "Michael Schumacher did it twice." The German driver's performances at the Belgian Grand Prix in 1995 and 2011 - where he finished towards the front after starting near the back end of the grid - were cited as being similar to Verstappen's drive.

Hamilton was named as the "the big winner" of a "wild rainy thriller" though, and the Italian media had similar words of praise for the 36-year-old. La Gazzetta dello Sport spoke of how battling with 20-somethings such as Verstappen and Norris is "the new fuel" for Hamilton: "Hamilton is not just pure talent, what makes him the greatest is his incredible hunger."

Meanwhile La Repubblica hailed an "epic" race and reserved the highest commendations for Hamilton and Verstappen: "Lewis Hamilton is a legend. He suffered, chased, recovered and won the Russian Grand Prix, bringing home the 100th victory of his career and returning to the top of the World Championship. Never before has anyone been like him.

"The rain, after having influenced qualifying, became the real protagonist in the agitated finale of a race that three laps from the end seemed to give Norris his first victory. The experience of the seven-time World Champion did the rest, the 14 years between his first triumph in Canada in 2007 and his last, today in Sochi, are the real reason for Lando's defeat."