How Mercedes stamped their authority on Day 2 of F1 testing

The world champions had a mighty day at the Bahrain International Circuit despite a spin for Lewis Hamilton in the morning. RacingNews365.com takes a closer look at Mercedes' impressive day in F1 pre-season testing. 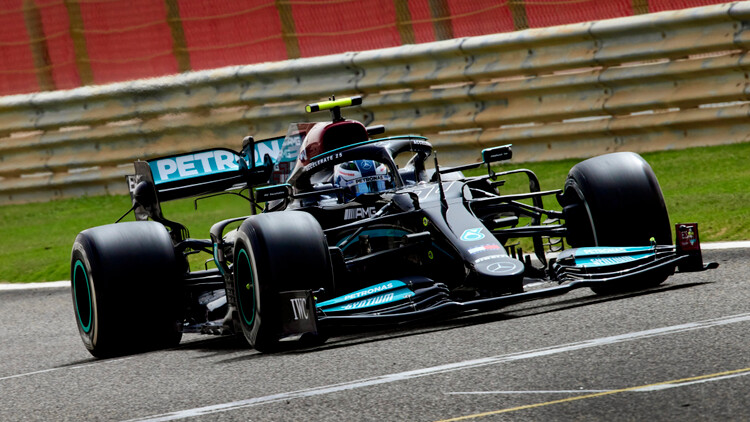 Mercedes topped the timesheets with the fastest lap time of the Bahrain pre-season test yet on Saturday. However, Valtteri Bottas' 1:30.289 on the softest C5 compound tyre was not the most impressive thing about Mercedes' running in Bahrain.

After spending the first hour of the afternoon session in the garage, Bottas exited the pits and went straight into a race simulation. It was the two stints he did on the C2 hard tyre which should scare the field.

Bottas consistently lapped in the 1:36s before his fuel load decreased which allowed him to go even quicker to set consecutive lap times in the 1:35s.

The only driver that could match Bottas' times was Red Bull's Sergio Perez who also had an impressive race simulation in the afternoon, although it's difficult to compare given fuel load discrepancies and differing engine modes. Perez did 46 laps whilst Bottas did not do a full race simulation.

Mercedes managed 114 laps between their drivers on Saturday, exactly two race distances of the Bahrain Grand Prix. Marinating a strong, consistent pace on a track which has traditionally been a 'tyre killer' is ominous from the world champions.

Lewis Hamilton appeared to have another troubled session, finishing the day down in 15th on a 1:33.399. The seven-time champion also had a spin in the morning which caused a red flag when he beached the car in the gravel trap.

It was a worrying sign but his lap times before and after the spin were impressive. His stint in the W12 went under the radar as many focused on his uncharacteristic mistake at turn 13. 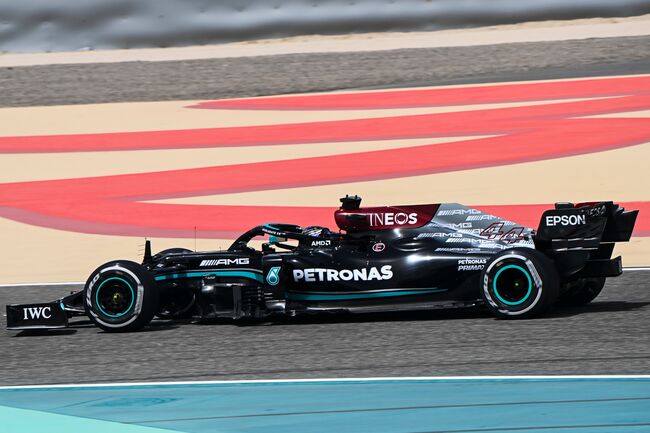 Something else that will put a smile on Mercedes' face was the way Bottas eased himself onto a 1:30.460 on the C5 compound on his first attempt. He then went two tenths quicker to end the day in first place.

Mercedes look like they have dialled in the car after major handling issues on Friday. It's not the first time this has happened in pre-season testing.

In 2019, Ferrari looked untouchable whilst Mercedes were unable to find the optimum grip. But come the season-opener in Melbourne, Hamilton took pole position by 0.7 over Ferrari's Sebastian Vettel. Bottas then went on to dominate the race to take victory - the first of eight consecutive wins to start that year.

A crucial ride height change in pre-season testing last season was the trick they needed to get the most out of the car. Friday may have been Mercedes' worst test day in the turbo-hybrid era but they are already starting to catch up with the lack of track time they had on day one.