The seven-time world champion lost the car in sector two, and was unable to drive out of the gravel pit. With his car firmly beached, a red flag was brought out, and the session came to a halt. 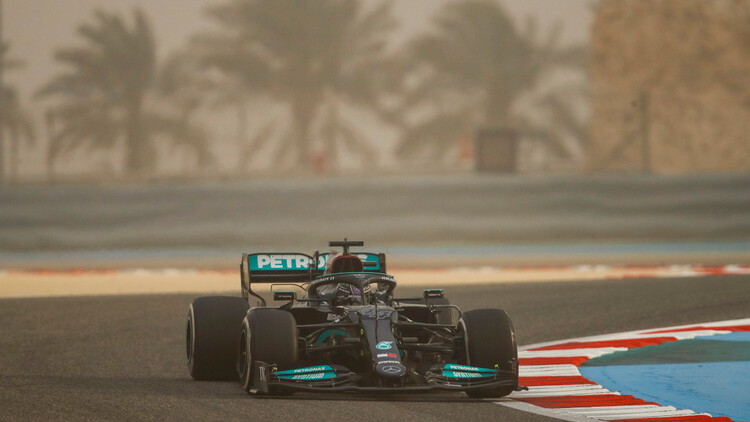 Lewis Hamilton endured another turbulent testing session today, after his spin brought out the red flag to temporarily halt Day Two of F1 testing in Bahrain.

The Mercedes driver spun in sector two, and while his W12 avoided sustaining any damage, it did become beached in the gravel trap - and was therefore unable to be driven back to the pits.

Hamilton had been enjoying a better session until the incident, managing to clock consistent lap times without any technical issues.

It's unclear whether the spin was purely down to driver error, or whether wind played a factor, as both Carlos Sainz and Nicholas Latifi were involved with similar incidents at the same part of the track as Lewis just prior.

Today's skirmish follows on from yesterday's interrupted running, where both Mercedes cars missed vital track time due to a series of mechanical problems.