An enthralling battle between Lewis Hamilton and Max Verstappen saw the Mercedes driver come out on top in Spain. RacingNews365.com explains how Hamilton managed to overhaul Verstappen to record his third victory of the F1 season. 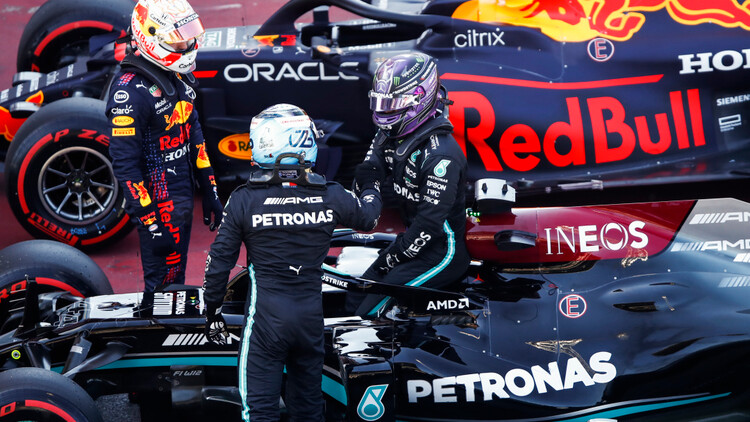 Lewis Hamilton made it three wins in the 2021 Formula 1 season, his best start to any F1 campaign since he made his debut in 2007. For each of his three victories, he has been forced to rely on his supreme tyre management skills and he showcased this trait once again at the Spanish GP.

Verstappen made the better start with lightning quick reactions to draw alongside Hamilton on the run down to Turn 1 before braking incredibly late to steal the lead.

From there, Hamilton kept the pressure on and never fell more than two seconds behind. With the long, wide cars which contain numerous aerodynamic parts on the cars, it's very difficult to remain within two seconds of a car in front for lap after lap.

But, Hamilton can do this better than any other driver on the grid and it forced Verstappen to drive quickly. Verstappen drove a near-perfect race and the only improvement he could have made, which may have cost him the win, was during the first half of the race.

After taking the lead, Verstappen pushed hard and Hamilton went with him. The pair were over a second per lap quicker than the rest of the field. Following the safety car, a similar pattern followed. 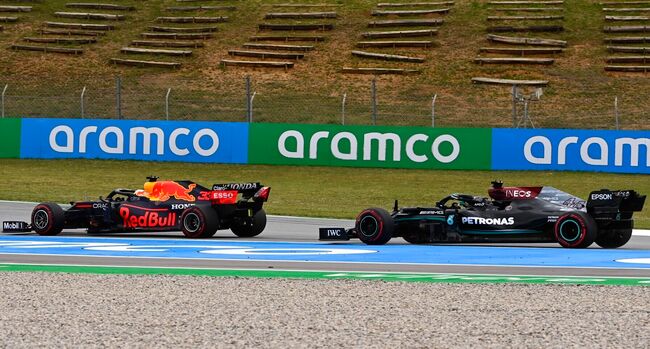 At last year's Spanish GP, Hamilton was in the lead and he kept the pace relatively slow to keep the field bunched up. This means, if you pit you will come out in traffic.

Perhaps Verstappen could have done something similar which not only would have limited Hamilton's strategic options but it would have saved Verstappen's tyres too. Nevertheless, the two championship protagonists pushed on and Verstappen pitted early for his one and only pitstop according to Red Bull advisor Helmut Marko.

Crucially, Hamilton did not lose too much time and came out only 5.8 seconds behind with five lap younger tyres. He closed the gap immediately and was preparing for an overtake as Verstappen started to struggle with his rubber.

However, the Circuit de Barcelona-Catalunya is notoriously difficult to overtake at and despite having a significant pace advantage, Hamilton could not quite stay close enough coming off the penultimate corner to make a move.

On lap 42, Mercedes opted to pit Hamilton reminiscent of the strategy which won them the 2019 Hungarian GP. The result ended up being the same with Hamilton overtaking Verstappen towards the end of the race.

Mercedes had a 2.7 second pitstop which was vital as Hamilton's strong outlap meant Red Bull could not quite respond on the following lap (although it may have been tight) and were forced to leave Verstappen on his worn, medium tyres.

From there, it seemed inevitable that Hamilton would catch and overtake Verstappen. The 24 second gap quickly dwindled as the seven-time world champion consistently took 1.3-1.8 seconds out of Verstappen's lead. Hamilton had a little bit of trouble when he came up to pass teammate Valtteri Bottas but it did not affect the final outcome.

Hamilton's remarkable tyre management prowess was key to his win at the season-opener in Bahrain, it helped him in the first half of the Portuguese GP and it was the decisive factor coupled with Mercedes' strategy to give him his 98th victory in Formula 1.

Spain proved why Hamilton and Mercedes will take some stopping if they are to not defend their drivers' and constructors' titles.