How Hamilton chased down Leclerc to win the British GP

James Allison has explained Lewis Hamilton's winning strategy during the second half of the British Grand Prix which saw him catch and overtake Charles Leclerc with three laps to go. 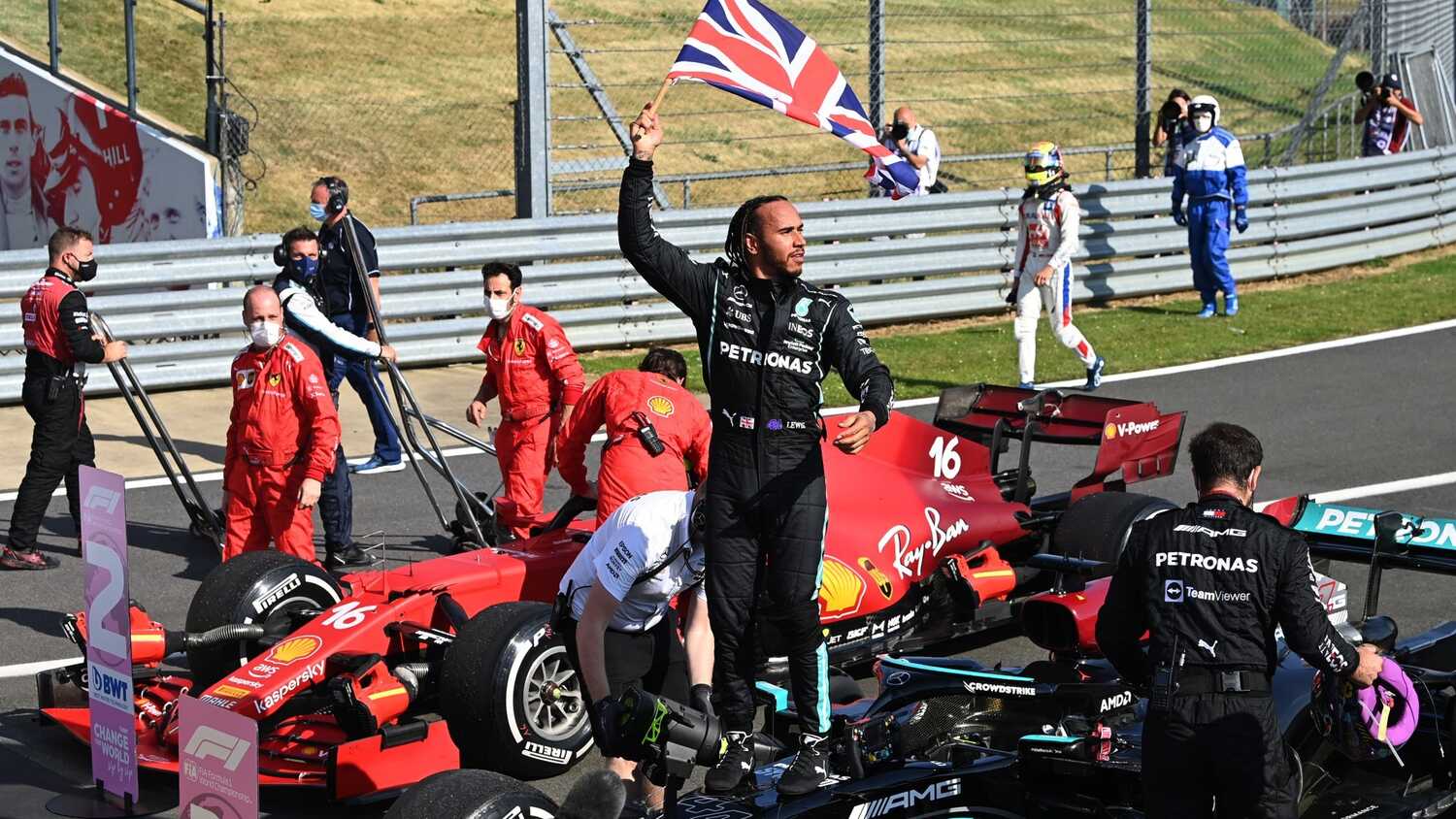 James Allison believes the robustness of the hard tyre at Silverstone, along with Ferrari's weakness on the C1 compound, were key to Lewis Hamilton's victory at the British Grand Prix.

Hamilton recovered from a 10-second time penalty for colliding with Max Verstappen, but came back to overturn a deficit of 12 seconds to Leclerc after his pit stop. Allison says Hamilton did not have to manage his tyres too much during the final stint.

"We stopped Lewis at pretty much the optimum time for the single stop strategy that we did in Silverstone," said Allison on Mercedes' race debrief video. "We weren’t especially pleased with our pace on the mediums, the car had overheated a little on them if we are honest.

"Once he got onto the hard tyre the car was a very different animal. The overheating had gone and Lewis was able to push pretty hard. You saw right at the beginning of that stint him dispatching I think it was Norris, with a reasonable amount of ease and certainly not holding back tyres for a late charge.

Leclerc held off the seven-time world champion during the opening stint on the medium compound. But Hamilton was able to set consecutive purple sectors and fastest laps to reel the Ferrari driver in and overtake him at Copse with less than three laps to go.

"As those laps unfolded the Ferrari in front was struggling a little bit with a couple of things," said Allison. "Firstly, I think the Ferrari wasn’t quite so happy on the hard tyre as it had been on the mediums.

"But also, they got in a little bit of fuel trouble. They had been using the fuel harder in the first part of the race and they got a bit of a debt to pay off in the second half of the race and that sort of exaggerated the closing up on Leclerc in part of Lewis's stint.

"I think by the time that Lewis finally caught up with Charles, I think at that point the fuel problem had more or less been handled by the Ferrari. But by then the Ferrari's tyre wear was hurting it and Lewis's were still in really good shape and we were able to get past with a couple of laps to go and very, very happy for it.”

Hamilton's win and Verstappen's retirement means just eight points split the pair in the Drivers' Championship in favour of the Red Bull driver.