How Hamilton and Verstappen are approaching the final two races

Mercedes and Red Bull will continue their battle for this year's World Championships in Saudi Arabia. RacingNews365.com rounds up comments from both camps to assess the mood heading into what could be a decisive weekend. 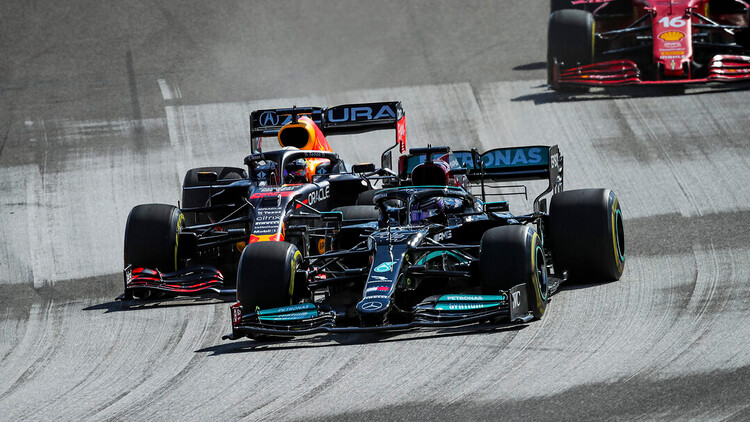 Momentum is with Lewis Hamilton as the 2021 F1 title battle reaches its climax, following back-to-back victories in Brazil and Qatar, but Max Verstappen still holds the advantage in terms of points.

As it stands, Verstappen sits eight points clear of Hamilton in the Drivers' Championship, while Mercedes lead Red Bull by five points in the Constructors'.

RacingNews365.com presents the views of both drivers, along with their team bosses, ahead of the final two races in Saudi Arabia and Abu Dhabi, to get an indication of how the two sides are approaching the fight.

Having won two races in a row for only the second time this season, Hamilton says he is "driven" to continue that run at the all-new Jeddah Corniche Circuit, where his "spicy engine" will return to action.

"I don't really have too much emotion, except for [feeling] driven right now. But it's amazing to be able to close back so many points in these last two races - it's been important.

"They're [Red Bull] obviously still very fast, as you could see with their fastest lap and both their cars getting past pretty much everyone quite easily, so we've still got our work cut out."

Asked how much he is enjoying the season, Hamilton explained: "I'm loving it. I love the close battle and the pressure and the demands it puts on you and the whole team. I've thoroughly enjoyed it.

"But these next two races are needing a better performance, so we'll be bringing our triple A-game for those ones."

Verstappen proud to simply be in the fight

Meanwhile, Verstappen has praised Red Bull and Honda for stepping up and taking the fight to Mercedes in 2021, despite being outpaced at recent events.

"Clearly, the last few races, even races I've won, I had a feeling that they [Mercedes] were really strong," Verstappen stated.

"From my feeling, [there's been] quite a few events where we actually gained points, [but] I thought maybe we could have lost points as well."

He continued: "I think, so far, we've done an amazing job as a team compared to the previous year, when they were so dominant and so fast, so for us to even be in this fight is very impressive.

"Of course, we're not going to give up, but clearly this weekend we lacked a bit of pace - but every race weekend is different.

"Anything can happen during a race weekend, as you could see. In qualifying, I got a five-place grid penalty with this yellow flags situation, but these kinds of things can happen really quickly, and to anybody." 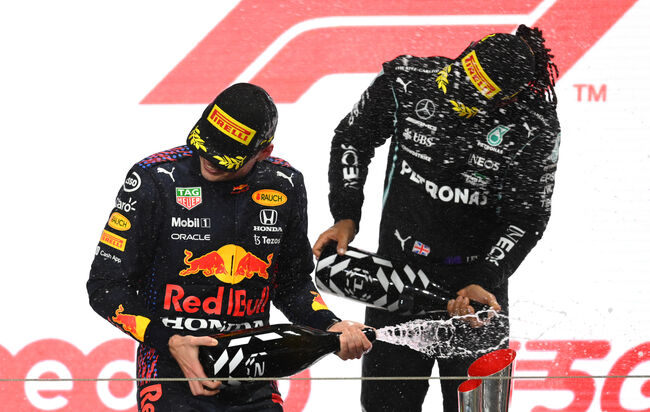 Wolff says Mercedes are stronger than ever

Mercedes boss Toto Wolff built on Hamilton's words and suggested that the Silver Arrows are stronger than they've been all season heading to Saudi Arabia.

"We are all excited to still be in the fight at this stage in the season. It's a privilege and a testament to our resilience when we see where we stood in the early summer," said Wolff.

"The car has been performing well recently and is probably in the best place it has been all season, with the drivers confident to push it to the limit.

"That's encouraging for the final races and gives us strong momentum to take forward.

"We're more motivated than ever and we expect to be in the hunt, so we are all looking forward to the debut Grand Prix in Saudi Arabia."

Horner: Red Bull are the underdogs at Jeddah

Red Bull counterpart Christian Horner admitted that Mercedes will be tough to beat at Jeddah, given the straight-line speed they have displayed at recent events.

"The next track arguably should favour Mercedes. Abu Dhabi, with the modifications made there, who knows?" Horner pondered.

"We go into these last races eight points in the lead in the Drivers' Championship and we've reduced the lead in the Constructors' to five points, so both are fully in play."

He added: "I'm glad to be taking in an eight-point advantage into the next race and we've just got to do the best that we can to maximise our chances.

"I said from very beginning of this championship, I think it'll go all the way to Abu Dhabi, and I haven't changed my opinion yet."