It is easy to forget that Fernando Alonso started his Formula 1 career with backmarkers Minardi in 2001. Whilst he soon impressed, things for the team got off to a very rocky start behind the scenes. 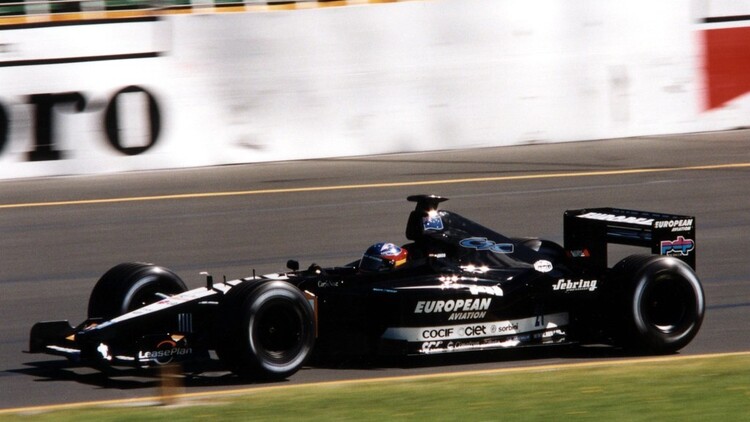 With multiple victories to his name, two world championships and a few dramatic moments thrown in along the way, Fernando Alonso has had quite a career in Formula 1, and ultimately has established himself as one of the most acclaimed drivers of recent times. But before all of this, the Spaniard started his F1 career in a very humble fashion with backmarkers Minardi, an opportunity that was fraught with behind-the-scenes drama.

Alonso was given his chance with the Italian outfit back in 2001, aged just 19 at the time. His teammate would be Brazilian driver Tarso Marques, who had previously competed for the team during the 1996 and 1997 seasons. Both drivers appeared with Minardi's new owner Paul Stoddart to launch the car just days ahead of the opening grand prix in Australia. And whilst there were smiles all round, the team had endured a race against time to get the car ready for the event.

Stoddart had purchased Minardi with very little time remaining before the 2001 season. The squad had been in financial difficulties for some time, leading to doubts as to whether they would be on the grid at all after 2000. A previous sale had fallen through and at this point Minardi had no drivers secured for 2001, as well as no engine and a lack of sponsorship. Alonso's debut in F1 could so nearly not have happened.

Somehow, following the sale of the team to Stoddart, the Italian outfit managed to pull through. The drivers and engine were found and the race against time commenced to get them to the Australian Grand Prix. However, the team's finances were still rocky and this meant that they were struggling to attract sponsorship. When the car was eventually launched it appeared with very few sponsors on it, with Minardi admitting that they were still seeking a major backer.

Stoddart's expectations of Minardi were not high for the 2001 Formula 1 season. The Australian said at the time: "Even if just one of the cars finishes the race on Sunday, then for us it will be like winning the World Championship."

Fortunately both cars lined up for the race, and Alonso managed to finish his first ever grand prix in 12th place. Whilst he failed to score a point during the season, the Spaniard did enough in the struggling Minardi to show his promise.