The FIA Formula 1 Commission unanimously approved the introduction of sprint qualifying races at three events this season, but what does it mean for Pirelli and their tyres? 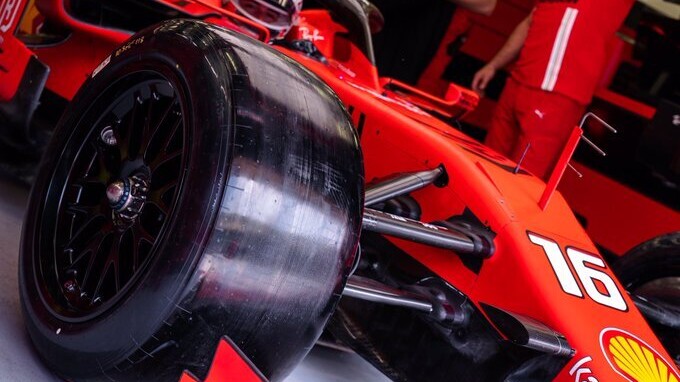 Formula 1 will introduce Sprint Qualifying races at three Grand Prix during the 2021 season, with Pirelli revealing how the format will impact tyre allocation.

Aimed at making the race weekend more engaging for fans and giving an opportunity for more wheel-to-wheel action on track, the three events will host a 100-kilometre race on Saturday.

As a result Pirelli have broken down how tyres will be allocated for those weekends. A total of 12 sets of P Zero slick tyres will be available per driver, a change from the usual 13 for the other Grand Prix. Those compounds will be comprised of:

The exact rules regarding how tyres will be used over the weekend are still being defined, meaning further changes could be in order, but as things stand this is how each session will play out when it comes to tyre usage.

Only the P Zero Red soft tyre can be used, up to a maximum of five sets. Of these, one can only be used in Q3 (if a driver gets through). None of the drivers will be obliged to start Sunday's Grand Prix on the tyre with which they set their best time in Q2. Instead, they have a free choice

Each driver has a free choice of tyres. At the end of the Sprint Qualifying, they will return the set that has completed the most laps. Unlike the Grand Prix on Sunday, there is no obligatory pit stop during the Sprint Qualifying. If it takes place in wet conditions, each driver must hand back a set of Cinturato Blue wet or Cinturato Green intermediate tyres after the race. Pirelli will replace these with an extra set of Cinturato Green intermediates.

After starting the race on whichever tyres they like – with no need to use the tyre that set the best time in Q2 – each driver can run their preferred strategy, but the rule obliging them to use a minimum of two compounds and make at least one pit stop remains in place. The rule that each driver must keep back two mandatory sets nominated by Pirelli for the race also still applies.