How did Russell put in such a fast final lap in qualifying?

Williams' George Russell and Dave Robson have explained how the British driver managed to build up to such a great final lap in the closing seconds of qualifying on Saturday. 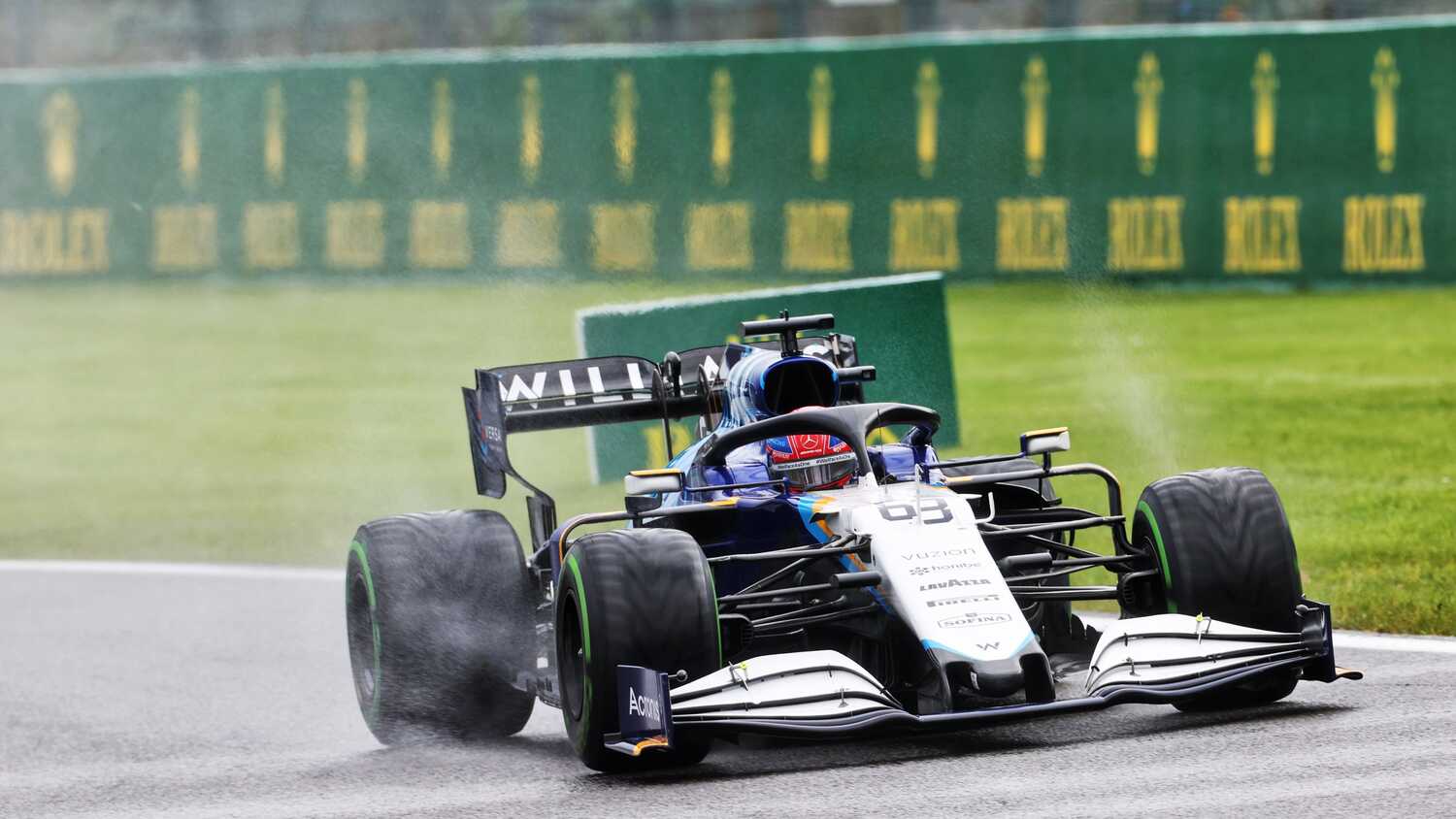 With George Russell crossing the line to snatch provisional pole away from Mercedes' Lewis Hamilton as the chequered flag fell at Spa-Francorchamps on Saturday, it appeared as though Williams had finally returned to the very top with a pole position earned on merit.

That was dashed seconds later, as Red Bull's Max Verstappen beat Russell by 0.3 seconds, but Russell's second place still marks the highest point of Williams' qualifying record in the past five years.

Having initially come out on full Wets to start Q3, Williams brought Russell back in to use the Intermediates when the red flags were shown for Lando Norris' accident, and put in an initial lap that was 6.5 seconds off the pace.

However, his second consecutive flying lap proved a stormer, with Russell ramping up his pace to cross the line and take top spot momentarily.

Russell explained that the intention was to build up temperatures on the first flying lap while saving his battery, and then to go hell for leather on the second lap – a different approach to most of the frontrunners who chose two flying laps separated by a cooldown lap.

"We were planning to do a fast-slow-fast sequence but we thought we'd go for it on the Wet tyres, but it was clearly too dry," Russell told media, including RacingNews365.com, after qualifying.

"I think we underestimated how much the track had dried up. And then, it's really difficult on this long circuit because we've obviously got the same engine mode, but the battery deployment is quite different.

"You want to give it everything you've got on that one lap, so I knew the lap would be on the last lap. I basically pushed but I didn't deploy my battery, and just saved it all for the last lap, because it's quite potent around here – so that's the reason for that."

"We felt we could either do two pushing laps or, with the track drying quite quickly, we can just go all in and aim for that one good lap at the end. So we went for that," he explained.

"We took the opportunity to do the prep lap, get the tyres, the brakes, the power unit all in the right state, and then just go for it. Fortunately, it worked out very well. He obviously had really good track position, so it all just came together nicely.

"In our position, I guess we were already ahead of the curve and didn't really have a huge amount to lose. So once we got him in that position, I think his lap was extremely good. He just made the absolute most in every corner of what we were able to give him."

Robson heaped praise on Russell for his qualifying performance, saying that the British driver is capable of improving throughout a session as needed.

"It's hard to keep finding words to describe his performances, you know, when he really has a good qualifying session, he really does just get better and better as the session goes on," he said.

An overjoyed Russell was thrilled with his performance, but admitted that he still wasn't satisfied with second place.

"I think it's obviously always nice to hear positivity and great things as you've just said – but I'm a race driver at the end of the day and I want to win and, as we touched on before, there's no points for qualifying," he explained.

"There probably should be because I think qualifying... it is an achievement to be on pole position so maybe something in the future that Formula 1 could introduce – but no, just really pleased for everybody.

"The team have been doing a really great job and in circumstances like this, it really pays off, the hard work and effort they have done. Just all in all really pleased for the team."