How Campos Racing almost got on the F1 grid in 2021

Campos Racing owner Adrian Campos died unexpectedly this week aged 60. The popular team boss had plans for his outfit to be the eleventh team in Formula 1 in 2021. 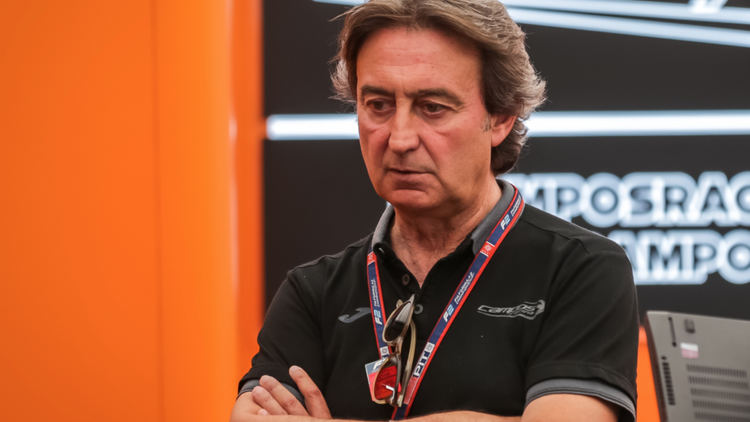 It was not so long ago that the Formula 1 grid featured more than 10 teams. Just a few years previous in 2016 in fact, Manor Racing were still lining up as backmarkers. Unfortunately the outfit disappeared from the sport at the end of the year, and since then there have never been more than 20 drivers starting a race. The late Adrian Campos wanted to change that.

Team owner Campos had long held a passion for F1, beginning back in 1987 when he joined the Minardi team as a driver following a number of races in Formula 3000 (the predecessor of Formula 2). Unfortunately he did not experience much success; of the 21 race weekends he entered, the Spaniard started 17 grand prix and retired from all but two. Throughout it all his best result was a lowly 14th place.

With little success as a driver, Campos decided to focus on off-track activities instead. In 1998 he founded Adrian Campos Motorsport, which later became Campos Racing. The team won the Open Fortuna by Nissan Championship that year with Marc Gene behind the wheel. Gene then went on to become a Formula 1 driver.

Campos was also the person to discover Fernando Alonso, giving him his first single seater opportunity in the Euro Open by Nissan class. Alonso did not let him down and immediately won the championship. The rest is history.

Later Campos Racing competed in other junior classes such as the GP3 and GP2 series, and the team’s hard work resulted in a GP2 championship in 2008. On the back of this success and with a dream to make it into the premier class of motorsport, Campos applied to enter Formula 1 in 2010 under the name Campos Meta.

To the surprise of many, the application was accepted, as were applications from Lotus GP, Manor GP and US F1. But sadly it didn’t go to plan. When the team ran into financial difficulties, the entry was taken over by Spanish businessman Jose Ramon Carabante. He dismissed Campos, appointed Romanian-German Colin Kolles as team principal and renamed the team HRT F1.

It appeared that Campos’ F1 dream was gone forever. But the team owner did not want to give up and on October 3, 2019, a special press release was shared with the heading: “Getting ready for a new F1 entry”. The message mentioned conversations with Chase Carey and Ross Brawn. Adrian Campos, alongside Italian businessman Salvatore Gandolfo and with the financial support of Monaco Increase Management (MIM), would make the step to Formula 1 in 2021. The new regulations had opened the door for the Spaniard.

Campos already had two drivers in mind for his team: Pascal Wehrlein and Alex Palou, both under contract with MIM. Wehrlein - a DTM champion who had two F1 seasons under his belt - was seen as being able to bring experience whilst Palou was an up-and-coming driver doing well in Super Formula. Meanwhile young karting star David Vidales would help with the testing programme.

The tone and content of this press release suggested that the whole idea was looking promising, but on the same day Formula One Management (FOM) released a response in which it denied everything: "While Formula 1 appreciates the interest, we can confirm that no serious discussions are underway with individuals or companies about the admission of a new team."

So it was over. Or was it? One year on, Gandolfo told Swiss publication Blick that he still believed in the plans. "But given the current [coronavirus] situation, it is impossible to plan the next steps." Yet he also admitted that the current budget for the team would not yet be sufficient for the top class. "I certainly need another €20million for a budget of €100m. Only then will it be interesting and realistic for a company.”

With the death of Campos, there appears to be very little chance that the team will get another shot at stepping up to Formula 1.