How Bottas and Perez could decide the 2021 F1 championship

Whilst all eyes will be on Max Verstappen and Lewis Hamilton in the remaining events, their respective teammates could play a pivotal role in the run-in. 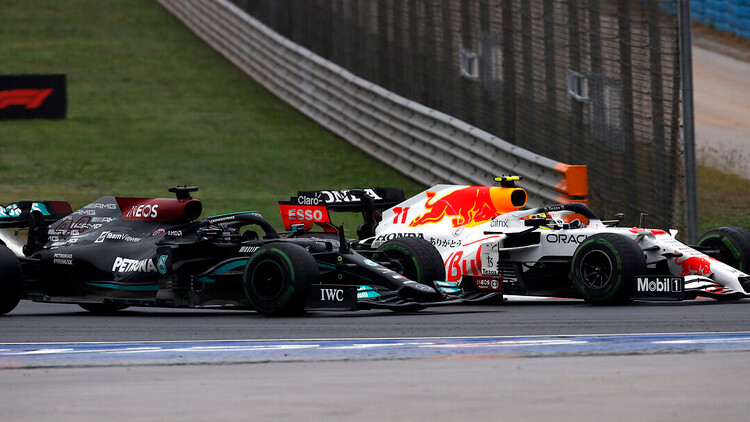 Remarkably, neither Mercedes nor Red Bull have claimed a 1-2 finish this year. If there was ever a time to have the perfect Sunday, it would be at one of the final six races in the 2021 Formula 1 championship.

Valtteri Bottas is F1's most recent race-winner, having dominated the Russian Grand Prix. He will be high on confidence going into this weekend's event at the Circuit of the Americas, where he was victorious two years ago.

At Red Bull, Sergio Perez also had a much-needed result in Istanbul when he took his first podium since June.

No grid penalties or engine changes are expected for any of the Mercedes and Red Bull drivers this weekend, so we can expect an intense, hard-fought battle in Austin.

Even if Lewis Hamilton and Max Verstappen are in a league of their own, their teammates can still play an important role.

On several occasions this year, Bottas and Perez have been within a pit-stop of the leaders to cause problems for their rivals.

In Spain and the Netherlands, Bottas was able to play a role in the lead battle even though he wasn't fighting for the victory himself. Similarly, Perez was key to Verstappen's win at Paul Ricard.

The last race in Istanbul saw Bottas take a pivotal victory, dominating the Grand Prix to limit Verstappen to 18 points. Perez also had a strong afternoon, fending off Hamilton, which likely prevented the seven-time World Champion from being on the podium.

If it appears that the win is unlikely for Bottas or Perez, they should be ordered to play the long game by saving their tyres whilst staying within Hamilton's and Verstappen's pit windows.

This will give them a bigger chance to keep their rival at bay when they make their pit-stop, which is what Bottas tried to do at Zandvoort, until he made a mistake which handed the lead back to Verstappen.

In order to use this strategy, though, you have to qualify well. Perez's main weakness remains his one-lap pace.

Far too often, he's qualified behind the McLaren or Ferrari drivers, so isn't a threat to the leaders in the race.

It's vital that Perez gets himself onto the first two rows of the grid. This will allow him to be aggressive on the opening lap against Hamilton, and will give him a strong chance of causing Mercedes a headache.

Bottas has been the better 'number two' driver this year, primarily due to his qualifying, which puts him in a position to challenge Verstappen. 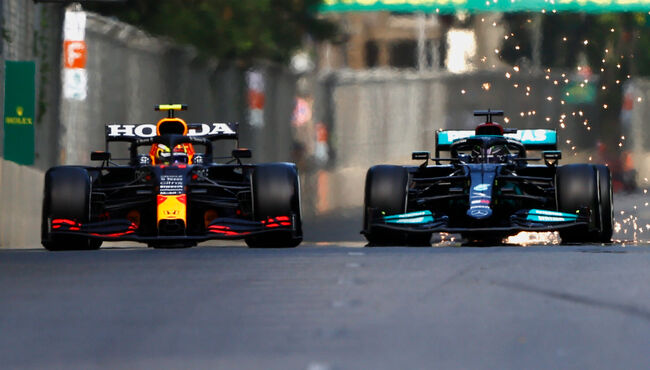 There are 159 points up for grabs at the remaining six events and, if Bottas or Perez can take points away from their rivals, it will feel like a massive moment in the championship.

A 1-2 would be perfect for either Mercedes or Red Bull, as it means Hamilton or Verstappen will lose at least 10 points in the title race.

It's been a long time since two teams have battled it out for the championship in the final races. For that, you have to go back to 2012, with Ferrari's Fernando Alonso and Red Bull's Sebastian Vettel.

Plenty of team games were played then, in order to give Alonso and Vettel every chance of becoming champion.

Don't be surprised to see team orders used or some gamesmanship in qualifying. Mercedes and Red Bull will throw everything at it.

The big question is whether Bottas and Perez can deal with the pressure. Of course, they are not under as much scrutiny as their teammates, but they will feel the intensity and importance of their Q3 laps or their race starts.

That's when mistakes can creep in and both drivers have shown that they can be vulnerable when the pressure is really on.

There could be plenty of twists and turns to come during the remaining races, so Perez and Bottas have to make sure that they are there to capitalise on any drama and are prepared to be aggressive when needed.

This title race isn't just about two drivers, it will be a four-car war until the very last lap in Abu Dhabi.