How astronomical wage demands led to Hill's departure from Williams

Damon Hill wasn't able to defend his 1996 World Championship with Williams after being dropped by the team and later signing for Arrows. Patrick Head believes the squad should have kept the Briton in the mix, though financial demands ultimately proved too big to overcome. 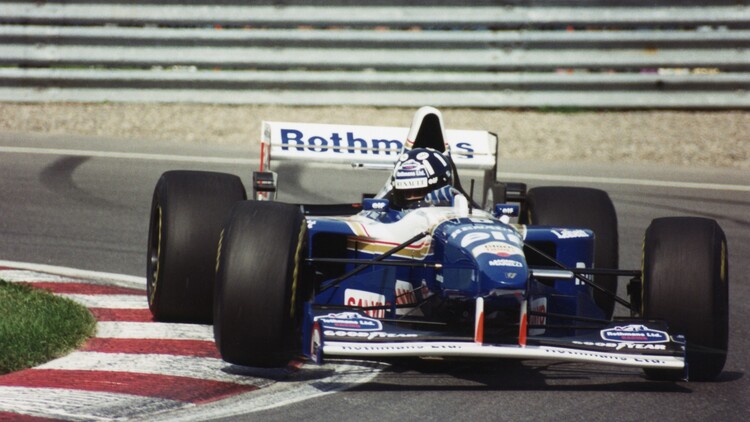 Hill took the title after finishing behind Michael Schumacher the previous two seasons, however his joy was short-lived as Heinz-Harald Frentzen was brought in as his replacement for the 1997 campaign.

Head revealed that Frentzen was only signed after Williams decided they would look at other options, given the wage demands Hill's representative brought forward to the team.

"He [Damon] had a habit of taking on some fairly unusual characters and he took on a sort of manager called Michael Breen," Head stated on the Beyond the Grid podcast. "Instead of Damon coming in himself, Michael came in and he wasn't the most charming of characters.

"He put his briefcase on Frank's desk, and he was the sort of character that if he could have put his boots up on Frank's desk he would have done so. He was an arrogant piece of work and he said to Frank, 'Damon will not consider driving for you for anything less than a figure that was five times his 1995 salary'.

"Frank thought, and there was an awkward silence, it must have been one or two minutes of complete silence, and said, 'Michael, I suggest you take your briefcase off my desk, the door is there. Please go away'.

"It's a great pity that Damon couldn't come in himself because we could have actually talked to him. Frank said, 'We better start thinking about other drivers', and Frentzen was one of the other drivers. They had this idea that Frank had signed Frentzen well before that, but it wasn't the case."

Head believes it was a mistake by Williams to let Hill go, stating that perhaps egos got the better of both sides.

"It was a major error and maybe egos and things got in the way," Head added. "In '95 he probably should have won the World Championship.

"Various things got in the way of him winning the title, but when Damon came back in 1996 he was as fit or fitter than Michael. Damon had put right any possible things. I think in '95 Damon felt inferior to Michael but in the winter of 95/96 he had put all that right, whether it was fitness or being gurued by somebody.

"He came back thinking I am as good as Schumacher and I can beat him. I think it's very important for a driver to feel psychologically as strong as any other competitor."