Horner thrilled with Perez: He's been on fire this weekend!

Christian Horner was full of praise for Sergio Perez after he built on his strong practice form to qualify in the top three in the United States. 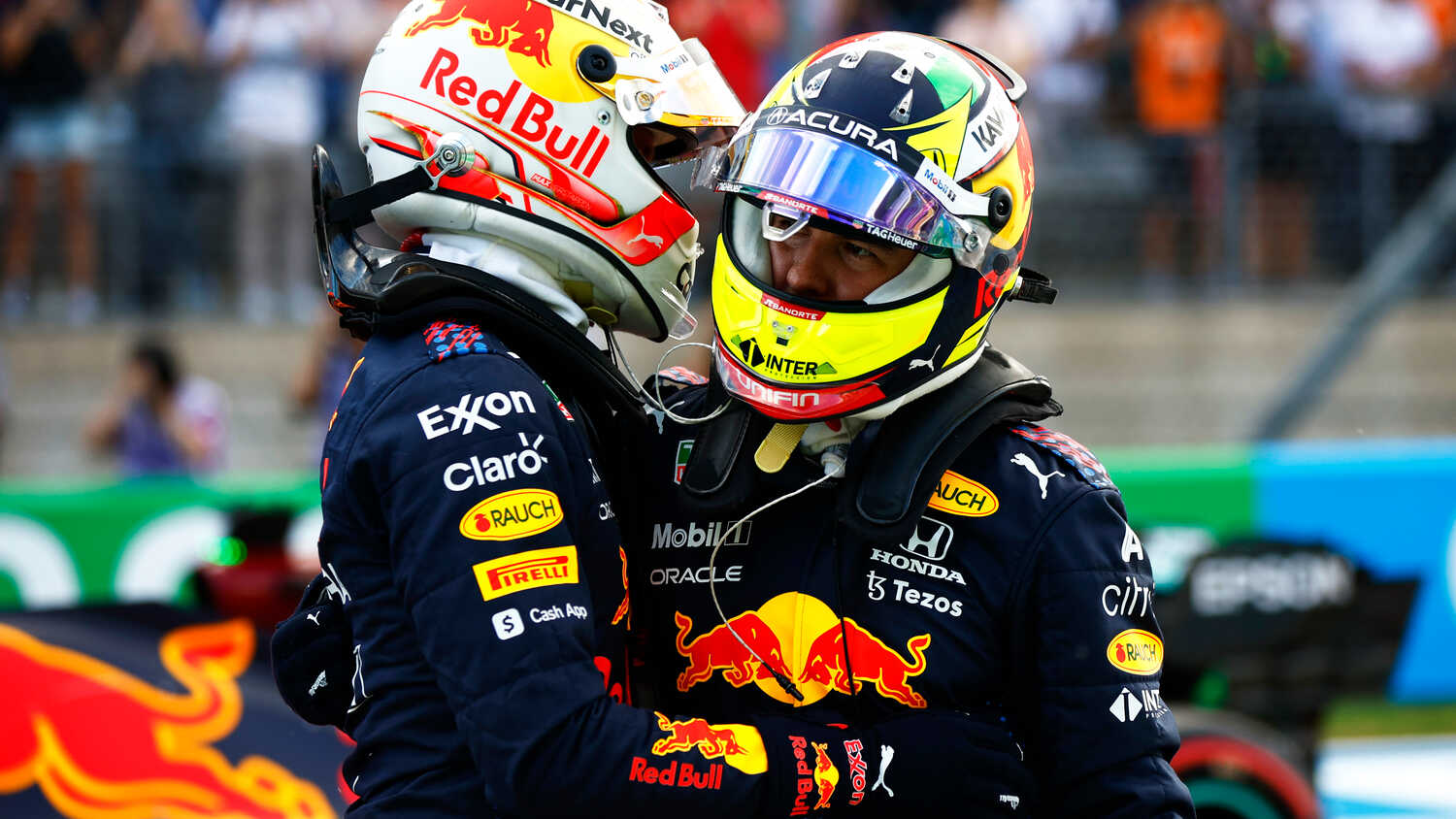 Christian Horner has expressed his delight at Sergio Perez's improved performance at the United States Grand Prix, after the Red Bulls managed to sandwich Mercedes rival Lewis Hamilton on the grid.

Perez topped two out of the three practice sessions at the Circuit of the Americas and continued his strong form into qualifying, even leading teammate Max Verstappen after the opening runs in Q3.

However, as the last driver to head out on track for the final laps, Perez suffered more than his rivals when rain began to fall, meaning he had to settle for third place, with Verstappen beating Hamilton to pole position.

Despite this, Red Bull team boss Horner was thrilled with Perez's showing, which means Verstappen will have extra support in the fight against Hamilton.

"Checo's on fire this weekend!" Horner told Sky Sports after qualifying. "From pretty much the first session he's been pretty happy with the car.

"I thought he was gonna get his first pole position! There was a little bit of rain at the end, so being last on track, maybe it cost him a little bit in the last sector."

Horner added: "We know Checo races so well. Qualifying has been his struggle this year.

Verstappen leads Hamilton by six points heading into the race, while Mercedes hold a 36-point advantage in the Constructors' standings.

Red Bull's hopes this weekend have been boosted by Hamilton's teammate, Valtteri Bottas, taking another new engine and subsequent penalty. It means the Finn will drop from fourth to ninth on the grid.

Asked what the message will be to Perez on Sunday, Horner said: "Help your teammate. There's two championships that we're pushing for. One is the Drivers' and the other is the Constructors', and it's an opportunity to take a few points out of the Constructors' here.

"With Valtteri taking the penalty, we've got to try and capitalise on that.”