Horner reveals plan of attack for Verstappen and Perez

With Max Verstappen and Sergio Perez set to start the Mexico Grand Prix from the second row of the grid, Christian Horner wants to see his drivers attack on the opening lap. 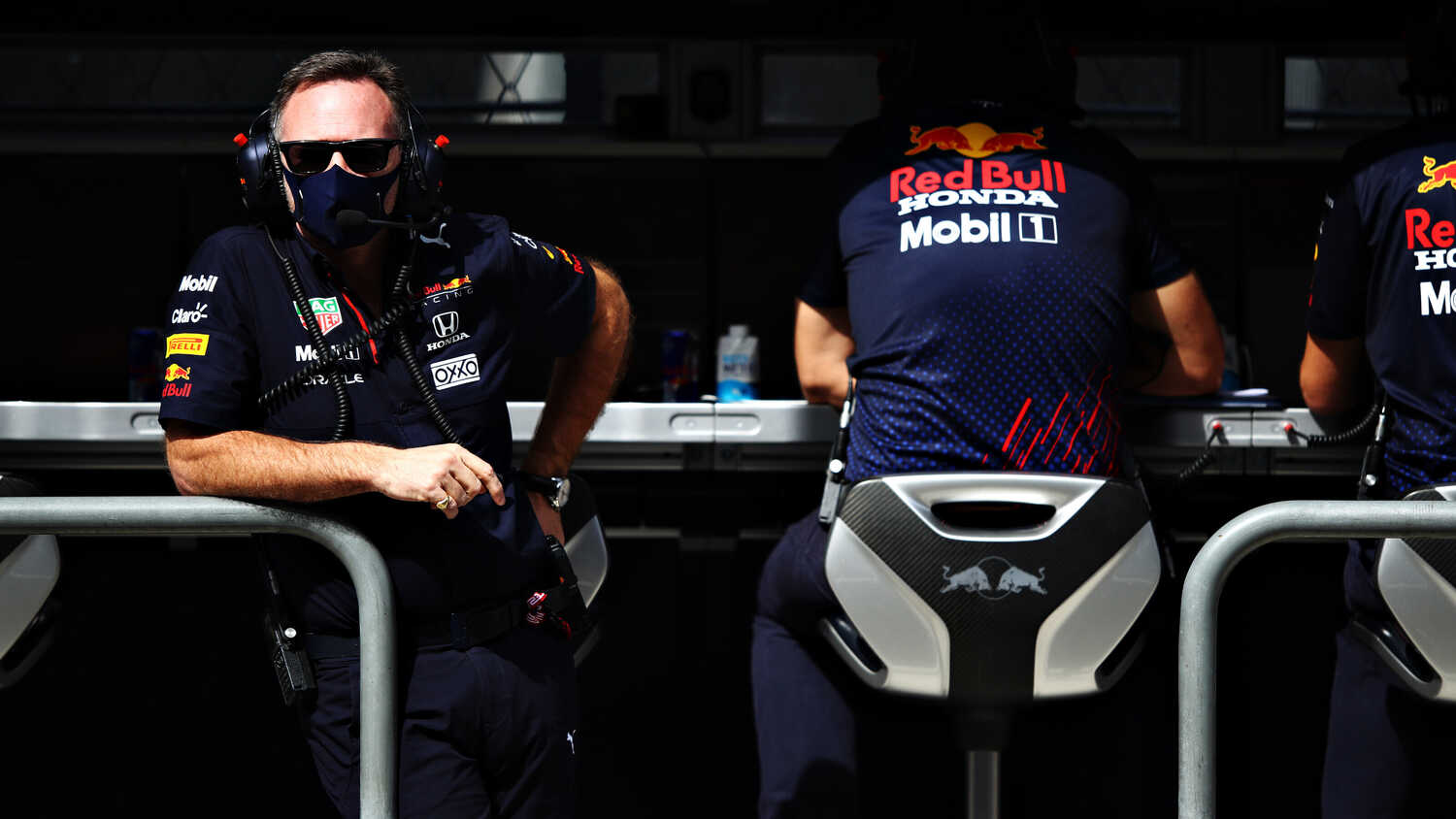 Red Bull Team Principal Christian Horner wants to see his drivers use the long run to Turn 1 in Mexico to their advantage during Sunday's start, as they look to make their way up from the second row of the grid.

Valtteri Bottas and Lewis Hamilton got the better of Red Bull on Saturday, with Mercedes claiming their first front-row lockout of the season.

The result even surprised the Briton, who said he was "surprised and shocked" given how strong Red Bull had looked up to that point.

Despite the setback, Horner is keen to see Max Verstappen and Sergio Perez get off the line well and use the slipstream to their advantage in order to attack the two front runners.

"You've got to be careful around here. You can't follow for too long because the temperatures all start to get out of control, but I think the first opportunity is down into Turn 1," Horner told Sky Sports F1.

"You've only got to look at the replays from 2019 (when Hamilton and Verstappen touched) to see it can get a bit juicy down there. The tow is strongest on that first lap, so it's gonna be grandstand seats down there.

"We need to have a good start with both drivers, and try and get a run."

Regardless of how things play out on the opening lap, Horner is expecting another close battle, given Red Bull's strong race pace.

Horner added: "It's all going to be about where they [Mercedes] are after the first lap, and then the strategy will come into play.

"We believe we should have a quick race car here. We're disappointed in today, but still optimistic for the race."

Red Bull trail Mercedes by 23 points in the Constructors' standings ahead of the Grand Prix.