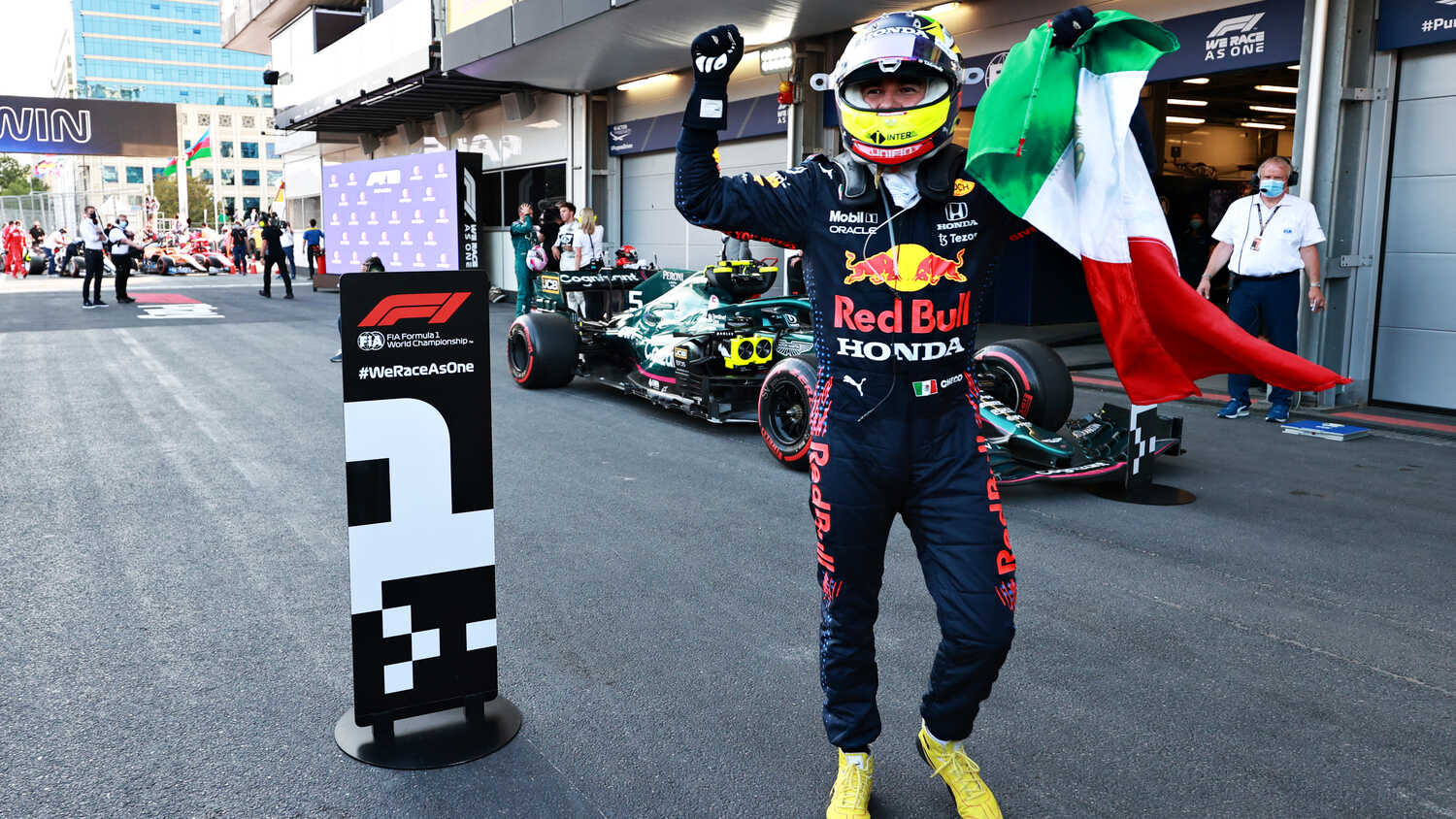 Christian Horner has revealed a hydraulic issue could have ruled Sergio Perez out of contention for the race win, with the Mexican forced to pull over and stop immediately after crossing the line to win his second Grand Prix.

Perez was left as the sole Red Bull charger after Max Verstappen's retirement due to a tyre failure, with the Mexican holding on to take the win after an error from Mercedes' Lewis Hamilton into Turn 1 on the restart.

"He was nursing a hydraulic issue that we were really concerned that the car wouldn't get the end of the race, which is why he stopped after the checkered flag," Horner told Sky Sports F1 afterwards, "but he thought that we could only lose when we got the restart but, you know, thankfully it all worked out tremendously well and Sergio did a great, great job,"

Horner praised Perez for being there to pick up the pieces after Verstappen's retirement, with the team initially looking set for a 1-2 finish.

"It's been great. He's been quick all weekend, the only lap he didn't get right was the qualifying one yesterday, the first one in Q3.," Horner said.

"But his race, his pace was stunning in the race, he put the pass on the Ferrari. And actually, if he hadn't gone deep in the pitstop, he might well have overcut Max as well such was his pace on that in-lap so, and then you saw him racing Lewis hard.

"He's a canny racer, he races really well and we went from the despair of suddenly we've lost Max, we're gonna lose a championship lead, Lewis could pass him at the restart and win the race and it just shows the roller coaster you go through in this sport.

"Suddenly it not being quite so bad. We've actually maintained the same lead in the Drivers Championship leaving here, and extended the constructors!"