With the likelihood that Max Verstappen will have to change his engine at some stage in the latter half of the 2021 F1 season – incurring a grid penalty in the process – Red Bull's Christian Horner admits that the decision not to do so at the Belgian Grand Prix definitely paid off. 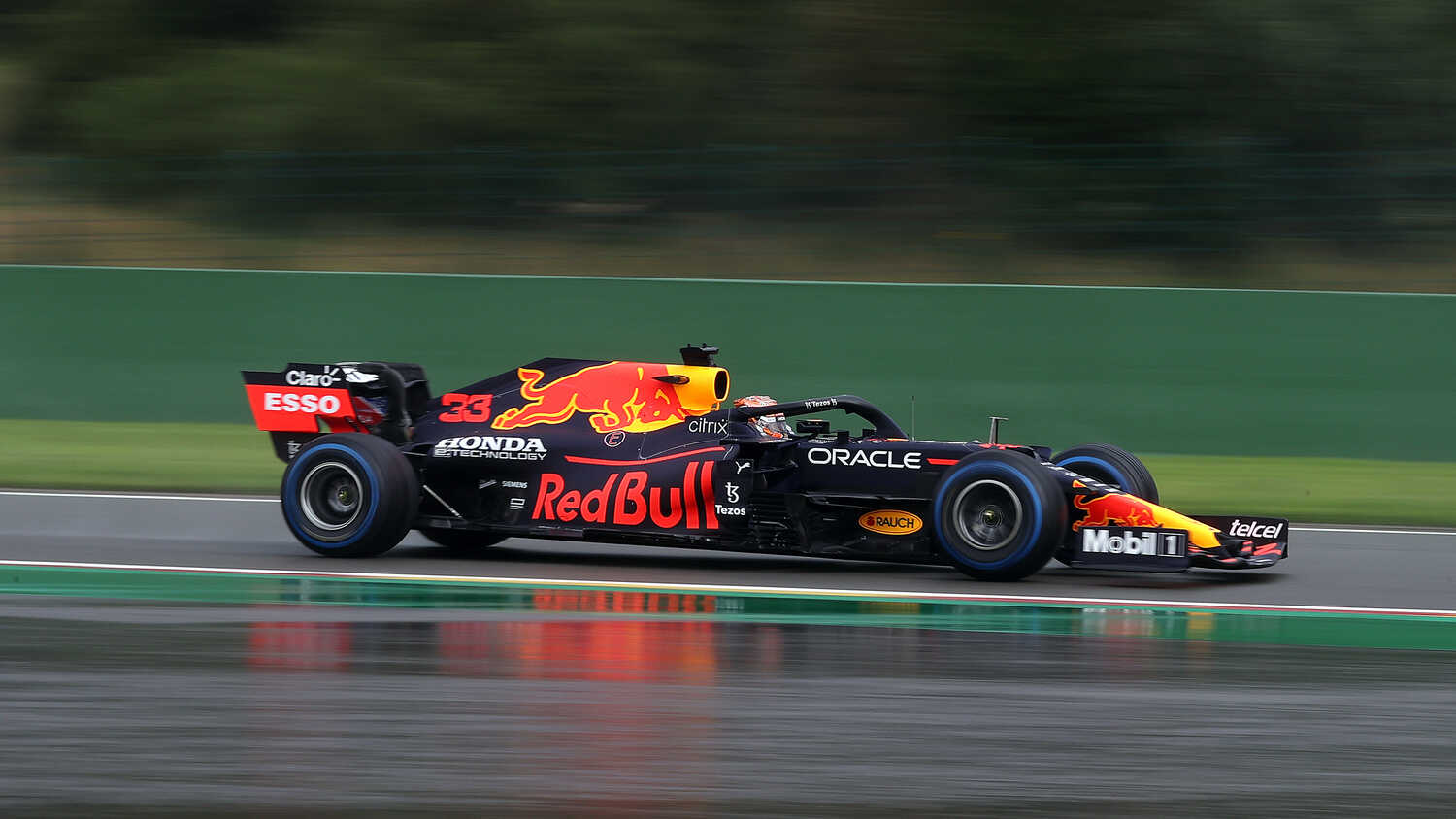 Christian Horner admits feeling relieved that Red Bull decided not to incur an engine penalty at the Belgian Grand Prix, given that the finishing order of the two-lap race was essentially decided by how the drivers had qualified.

It is looking highly likely that Max Verstappen will have to face another engine change at some stage in the latter half of the 2021 season, given that he was forced to take on his third power unit in Hungary following damage sustained in his crash at the British Grand Prix.

Red Bull team boss Horner has previously stated that Verstappen is unlikely to make it to the end of the season without incurring a grid penalty, due to overuse of engines. If Red Bull had opted to take this at Spa-Francorchamps, Verstappen would have been pushed down the grid, which would then have resulted in fewer, if any, points in the race.

As it was, Verstappen's pole position meant that he remained the leader during the two laps that the race was able to run in the torrential weather conditions, being declared the winner with half points awarded.

When asked whether the team had actually considered taking the penalty at Belgium, Horner explained: "You're always looking at your possibilities. You can overtake here, or most years you can."

Whilst Horner was disappointed that the race was not able to properly get underway, he is happy that Verstappen and the team were at least able to slightly close the gap to Lewis Hamilton and Mercedes in the World Championship standings.

"I think everybody did their best to try and put a race on," he said. "Credit to the FIA and Liberty to try and get it going.

"Max felt that the conditions with visibility were fine, but the problem is [that] anybody behind him just couldn't see, and so [it was] very, very tough.

"We obviously didn't race today, it was all based on what we did yesterday. From a points point of view, from a championship point of view, [it is] great to get those points."

Verstappen was awarded 12.5 points for first place, whilst Hamilton scored 7.5 points in third. This has reduced Hamilton's lead over the Dutchman to just three points.

Meanwhile, Red Bull are now only seven points behind Mercedes in the Constructors' Championship, though Sergio Perez did not score any points in Belgium. The Mexican crashed on his way to the grid before the race had originally been due to begin, and looked like he would not be able to rejoin.

Given the long delay before the race was eventually restarted, Red Bull were able to repair Perez's car, meaning he was able to start from the pit lane, which put him at the back of the order.