Horner: Red Bull working flat out to get Perez into the race

Red Bull's Sergio Perez may yet get a reprieve from his pre-race crash at Spa-Francorchamps, due to the weather delays, as his team work hard to repair his car to enter. 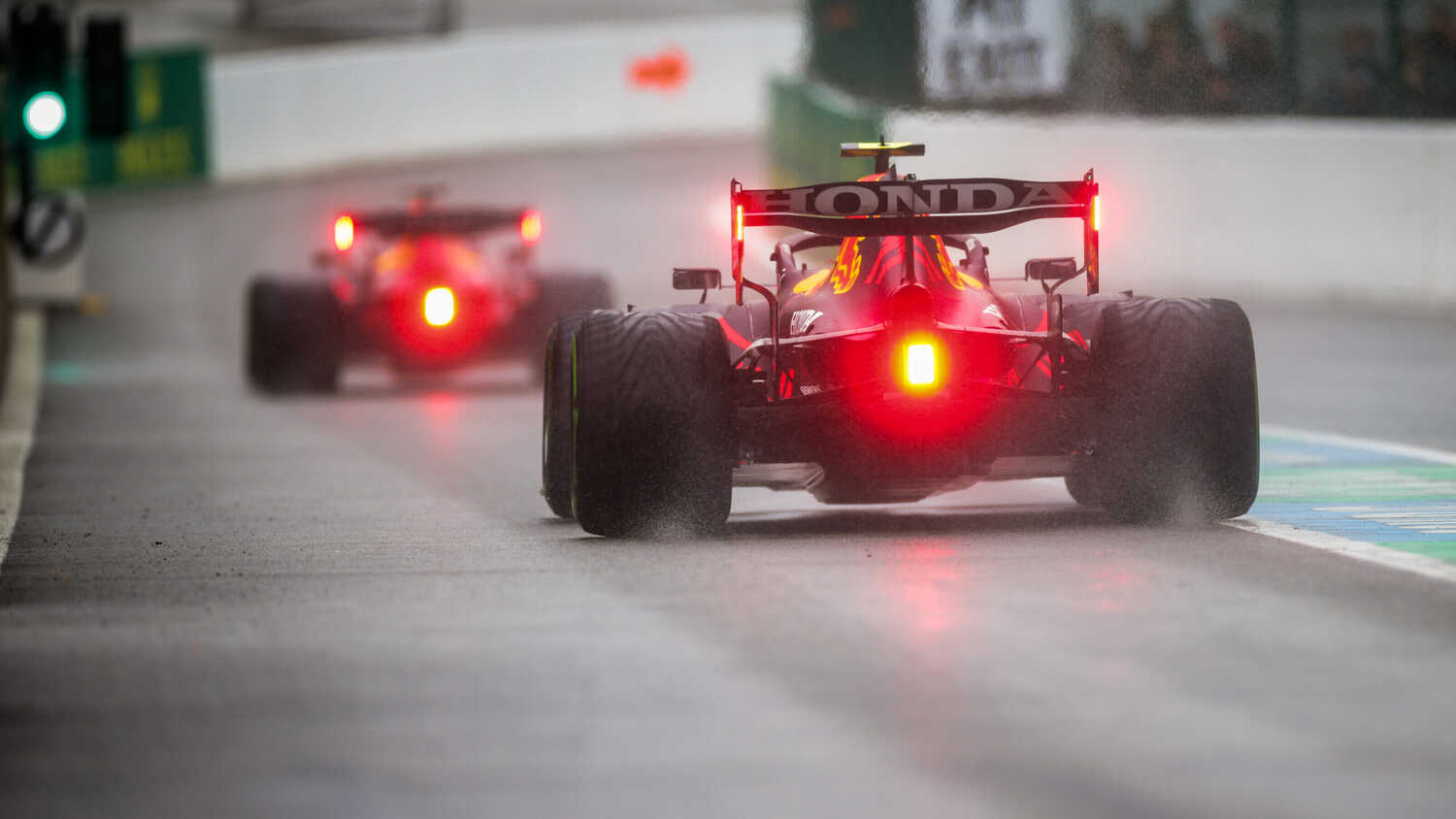 Red Bull are working hard to repair Sergio Perez's car after his crash on his way to the grid for the Belgian Grand Prix, in a bid to make the start after rain has forced delays to the race getting underway.

Perez slid over the kerbs at Les Combes and into the barriers on the exit of the corner as he tried to make his way to the grid, picking up front-right suspension damage that forced him out on the spot.

However, the delays to the start, with the procedure suspended indefinitely due to the rain, have given Red Bull an opportunity to repair the car.

"We believe he hasn't had outside assistance," said team boss Christian Horner, after the FIA's Race Director Michael Masi stated over radio that the team couldn't enter the race.

Red Bull's Sporting Director, Jonathan Wheatley, was heard on the radio arguing with Masi over the entry, pointing out that the race hadn't started when the car was given "outside assistance" to be recovered back to the pits. Masi has since clarified that the team can start the race from the pit lane with Perez, if the car is ready to go.

"The mechanics are working flat out," Horner told Sky Sports. "We're throwing everything at it."