Horner reacts to Verstappen being confirmed as World Champion

Max Verstappen is the 2021 F1 World Champion after Mercedes' post-race protests in Abu Dhabi were thrown out by the stewards. 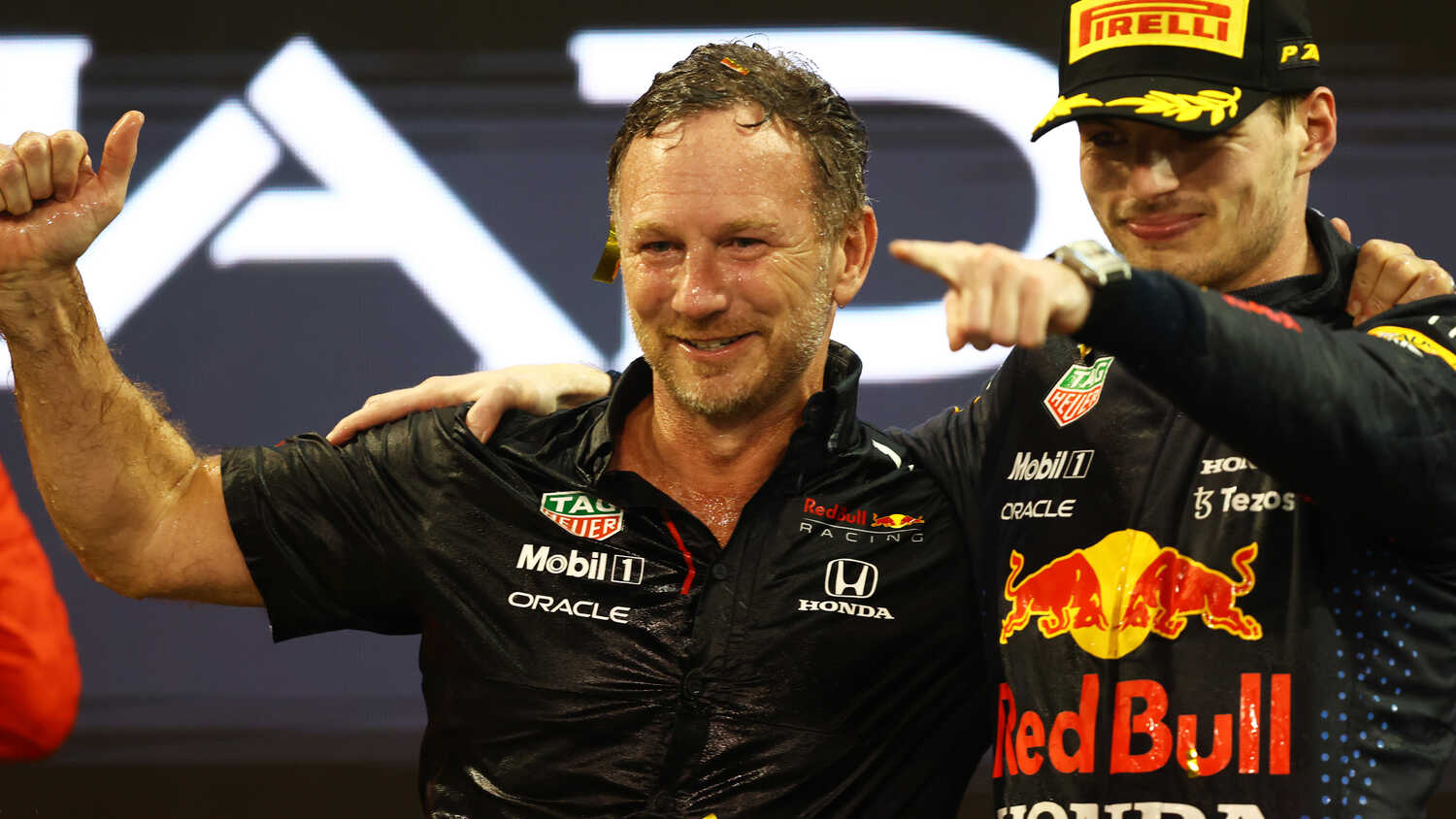 Red Bull team boss Christian Horner says the stewards have "come to the right decision" after a pair of protests from Mercedes following the Abu Dhabi Grand Prix were dismissed.

Mercedes lodged two separate post-race protests, one against Max Verstappen and the other against the result of the Grand Prix, meaning team representatives from both sides were summoned to the stewards.

The grounds for the protests were based on Articles 48.12 and 48.8 of the FIA F1 Sporting Regulations.

"They've come to the right decision"

Both protests were ultimately thrown out by the stewards, confirming Verstappen as the World Champion, pending any potential Mercedes appeals.

"We're grateful. [F1 Race Director] Michael [Masi] wanted to let [the drivers] race. That's what we've talked about for years. Niki Lauda started the concept of let them race, and that's what he did.

"Max is a very, very worthy World Champion, and we're very proud of him. We're gonna go and celebrate this championship now."