Horner over the moon with Verstappen's dominant win: That was a master class!

Red Bull's Christian Horner has poured praise over Max Verstappen over the nature of the Dutch driver's controlled victory at the Styrian Grand Prix. 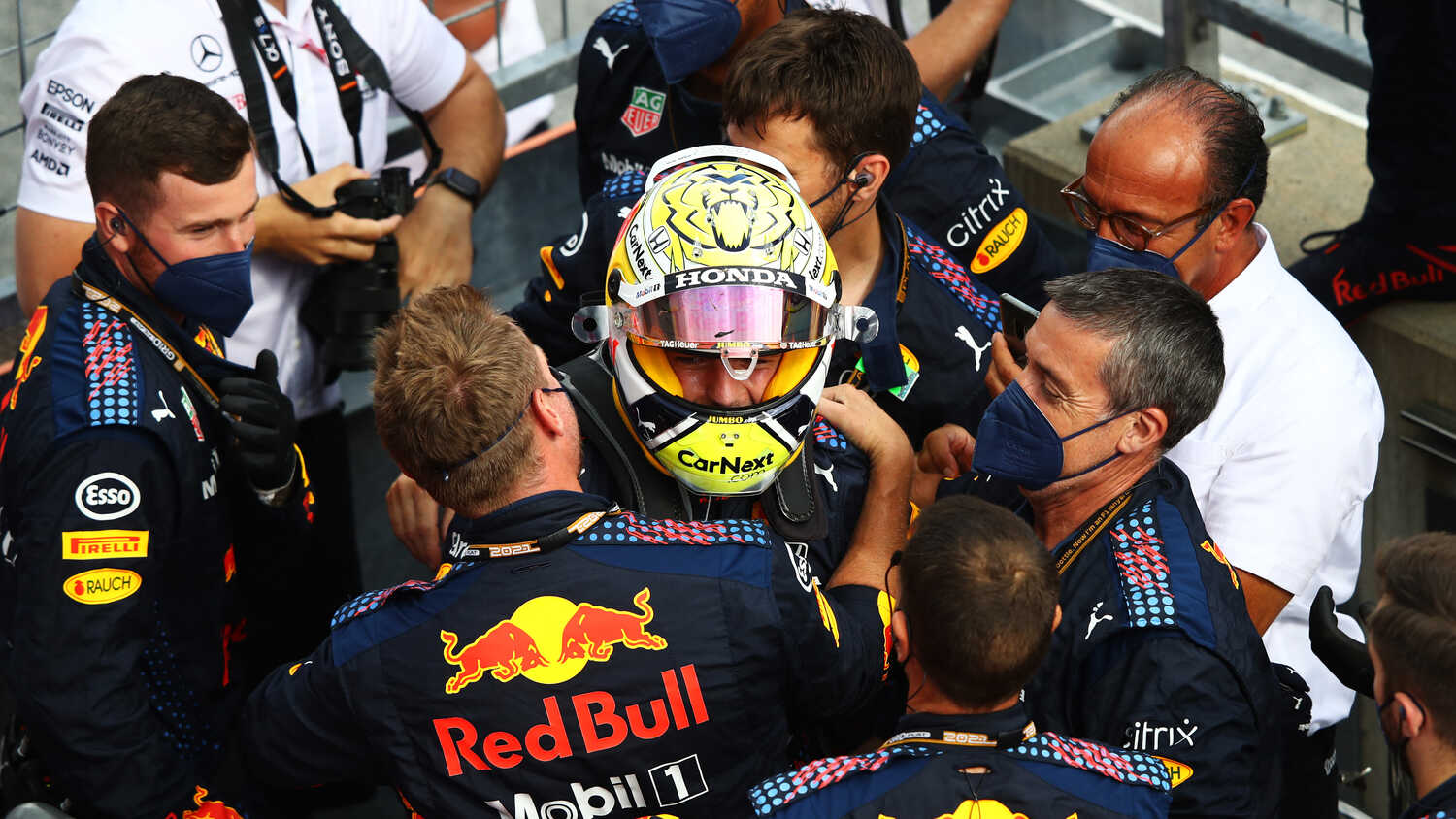 Max Verstappen's crushing victory at the Red Bull Ring for the first part of the double header at the Austrian circuit has earned him the plaudits of his team boss Christian Horner.

With Verstappen enjoying a 15 second advantage prior to Hamilton's final stop for tyres for a fastest lap attempt, it was a race that the Mercedes driver simply never looked in true contention for. As a result, a beaming Horner was thrilled with the outcome.

"The only hiccup we had in our race was the pitstop for Checo. But, other than that, it was an immaculate performance and, particularly, by Max who just managed the race so well."

Asked about the strategy options that had been open to Red Bull, and whether they had considered a two stop strategy for Verstappen, Horner said they had the luxury of a big enough gap to be able to respond to anything Mercedes did behind them.

"The one stop was the quickest route for him. We could see Lewis' tyres were starting to open up so we were mindful of that," he said.

"But the way he controlled the race, the way he built the gap, that's the most dominant win that we've had so far this year against Mercedes so that's very encouraging.

"They had a free stop behind us effectively and we were fully expecting them to pull the trigger on that and, with a bit of weather around you, we just didn't know what was going to happen. So, particularly with the state of Lewis' front tyre, you can see a big blister forming around that tyre.

"But we were very much focused on our race and then we had the time thankfully with a gap that we would have been able to cover any move that they made. So Max controlled the race fantastically well and gave us a master class."

With Red Bull taking their fourth straight victory, which could have been four for Verstappen without his Baku tyre failure, Horner said it's not time to get carried away and think about the titles.

"You got to take it one day at a time, I think, in this championship it's such a long route, and we'll enjoy today, we'll take the lessons from today, and we'll try and apply them next week," he said.

"The weather around here, you know, we come at the end..it all fell right for us today and we just got to keep this momentum going, and take the lessons out of this weekend, and apply them to next weekend."