Christian Horner was full of praise for the Mexican driver after his first race in Red Bull colours. Moving forwards, the team boss is optimistic over what Perez can add to the Austrian outfit. 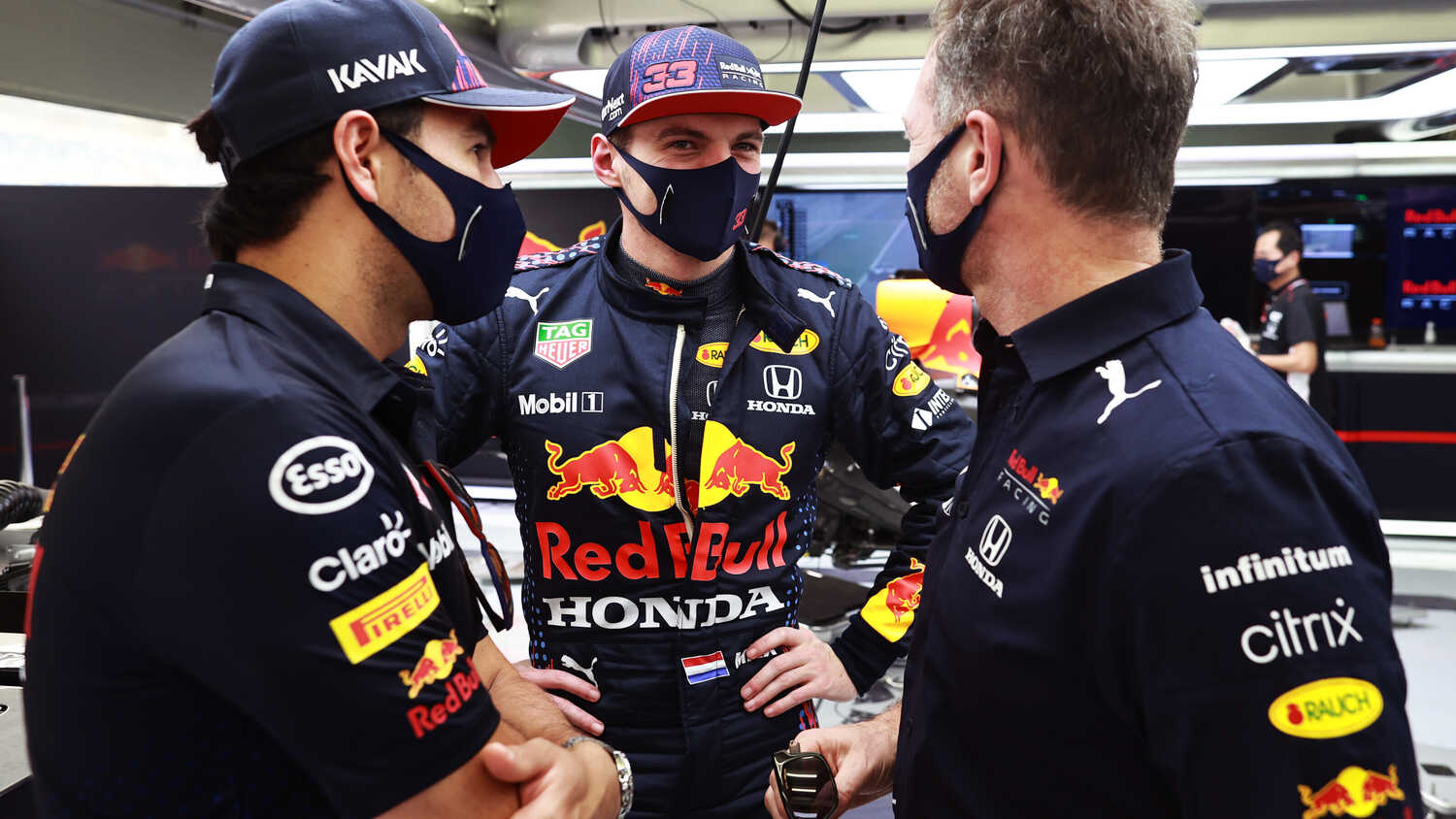 Christian Horner has praised Sergio Perez for his racecraft during the 2021 F1 Bahrain Grand Prix, adding that the former Racing Point man can offer the team new strategy dimensions.

Perez finished the race in P5, overcoming a disappointing qualifying session, as well as a pitlane start for the race itself following a technical issue on the formation lap. His new boss, though, believes that this is just the beginning.

"He's settled in very well [Perez], I mean, obviously, Saturday was tough for him," Horner stated on the Talking Bull podcast.

"Sunday was outstanding. And it was a shame, he didn't make the cut to q3, I think, a small mistake on his second lap in q2, and where we wanted to keep him on the preferable start tyre. We should have maybe gone a little bit more conservative with it, he felt confident that he could make the improvement.

"And then an issue on the Warm-up lap to the grid, where he showed great presence of mind and experience for him to effectively reboot the whole car, turn it off and on and get it fired up and going. Again, I think there's many drivers that would have just jumped out at that point."

The Mexican driver has been drafted in to try and compete with Max Verstappen and to ensure that Red Bull have two drivers at the sharp end, providing the team with a number of strategy options against the might of the Mercedes.

Both Alexander Albon and Pierre Gasly lost their Red Bull seats for failing in this department, but for Horner, Perez's experience should mean that he doesn't fall into a similar trap up against the prodigious Max Verstappen.

"Checo obviously has such a great amount of experience. And I think bringing that depth of experience to the team is something that we value very highly," Horner continued.

"And I think that he will be a strong teammate for Max [Verstappen]. And, you know, we need two competitive cars right up there. That gives us another strategic dimension."