Red Bull's Christian Horner has reflected on an "intense" battle with Mercedes during the 2021 F1 season, implying that plenty more drama went on behind the scenes. 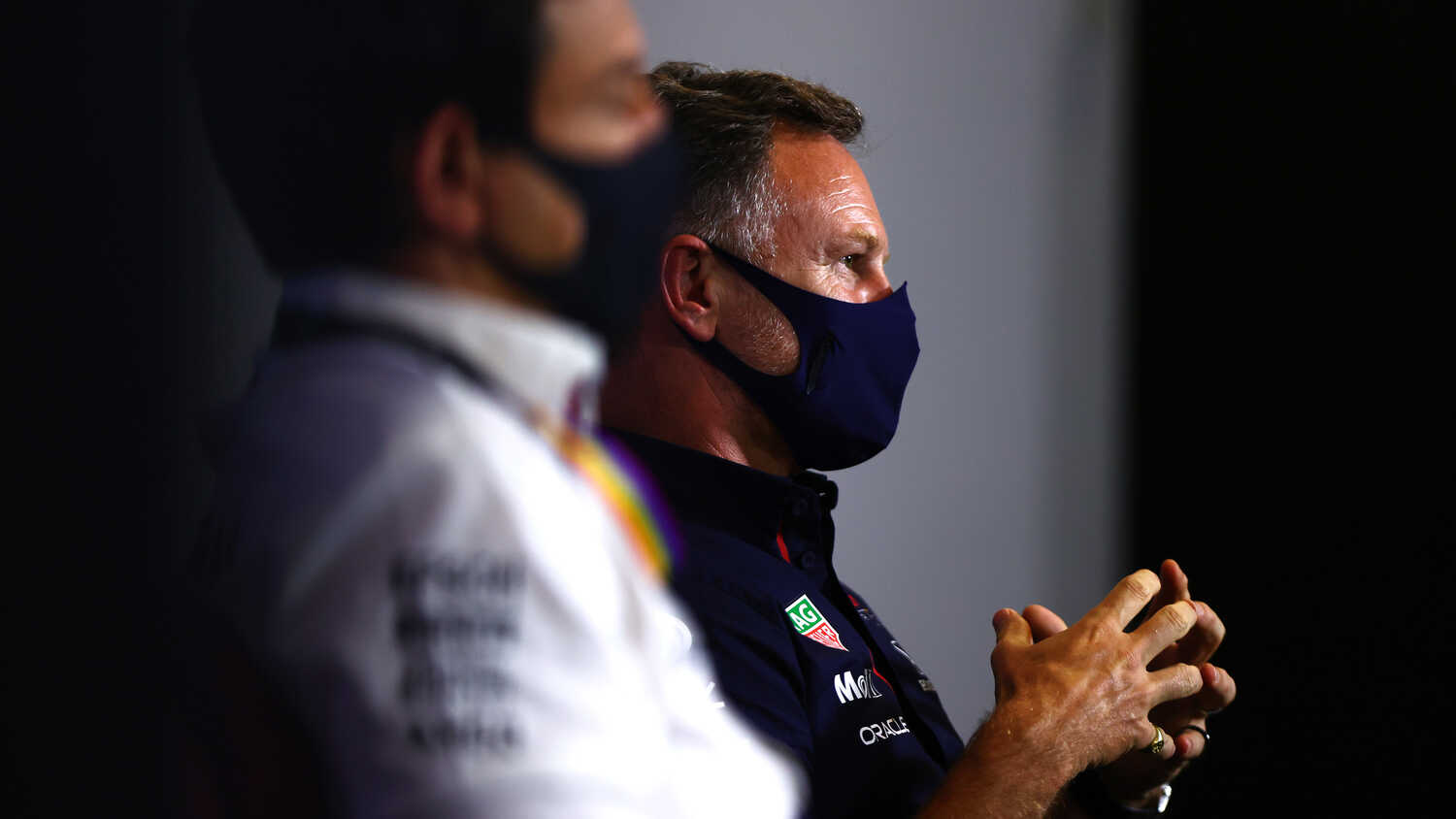 Christian Horner has admitted that the 2021 season was "tough" to deal with at times, as his Red Bull team battled with Mercedes on and off the track in a hugely dramatic campaign.

Mercedes notched up successive double world titles from 2014 to 2020 as they stole a march on their rivals in the turbo-hybrid era, but Honda-powered Red Bull were able to mount a sustained challenge in 2021.

Following tweaks to the regulations between seasons, the RB16B and W12 were closely matched on the track, with Red Bull taking 10 pole positions and victories to Mercedes' nine.

While Max Verstappen and Lewis Hamilton clashed in several races, there were also plenty of off-track dramas, including questions about both teams' rear wings, several trips to the stewards and heated press conferences.

At the end of it all, Verstappen beat Hamilton to the Drivers' title after a controversial showdown in Abu Dhabi, while Mercedes retained the Constructors' crown.

Reflecting on the year before the season finale with media, including RacingNews365.com, Horner said: "It's been intensely competitive on-track and off-track.

"We've started a Powertrains business as well in the UK, and we've had an awful lot of talent join from Mercedes.

"There's been an awful lot of lobbying, particularly earlier in the year, even initially about the regulations, and the legality of the regulations coming into the year.

"[There's] an awful lot of stuff that you guys [the media] won't even be aware of – it's been intense; it's been tough."

Red Bull would have "bitten your arm off" to challenge Mercedes

Horner hailed the efforts at both Red Bull and outgoing engine partner Honda to make the step from occasional race winners in 2020 to championship contenders in 2021, ultimately yielding one of the two titles on offer.

"I think I've learned that anything's possible," commented Horner, when asked what he can take from the season.

"If you'd have said that the end of [2020] that you'll be in Abu Dhabi, 22 races in, equal on points in the Drivers', still in the Constructors' Championship, albeit with a long shot, after Mercedes dominated the 2020 season with arguably their most dominant car, I don't think anybody would have believed you.

"I think we'd have bitten your arm off to be in that position, so I think it demonstrates that if you believe in something, and you have the right group of people around you, and you push to the maximum, you can achieve great things.

"I think [with] Honda we have a lot to be grateful for. We will be sorry to say goodbye to them; they played a key role this year.

"You're always learning in life, but I think that it's been a phenomenal year for the team and all our partners and drivers."