With the gap between Lewis Hamilton and Max Verstappen in the World Championship standings now at only two points after the Russian Grand Prix, Christian Horner believes the battle could go right down to the wire. 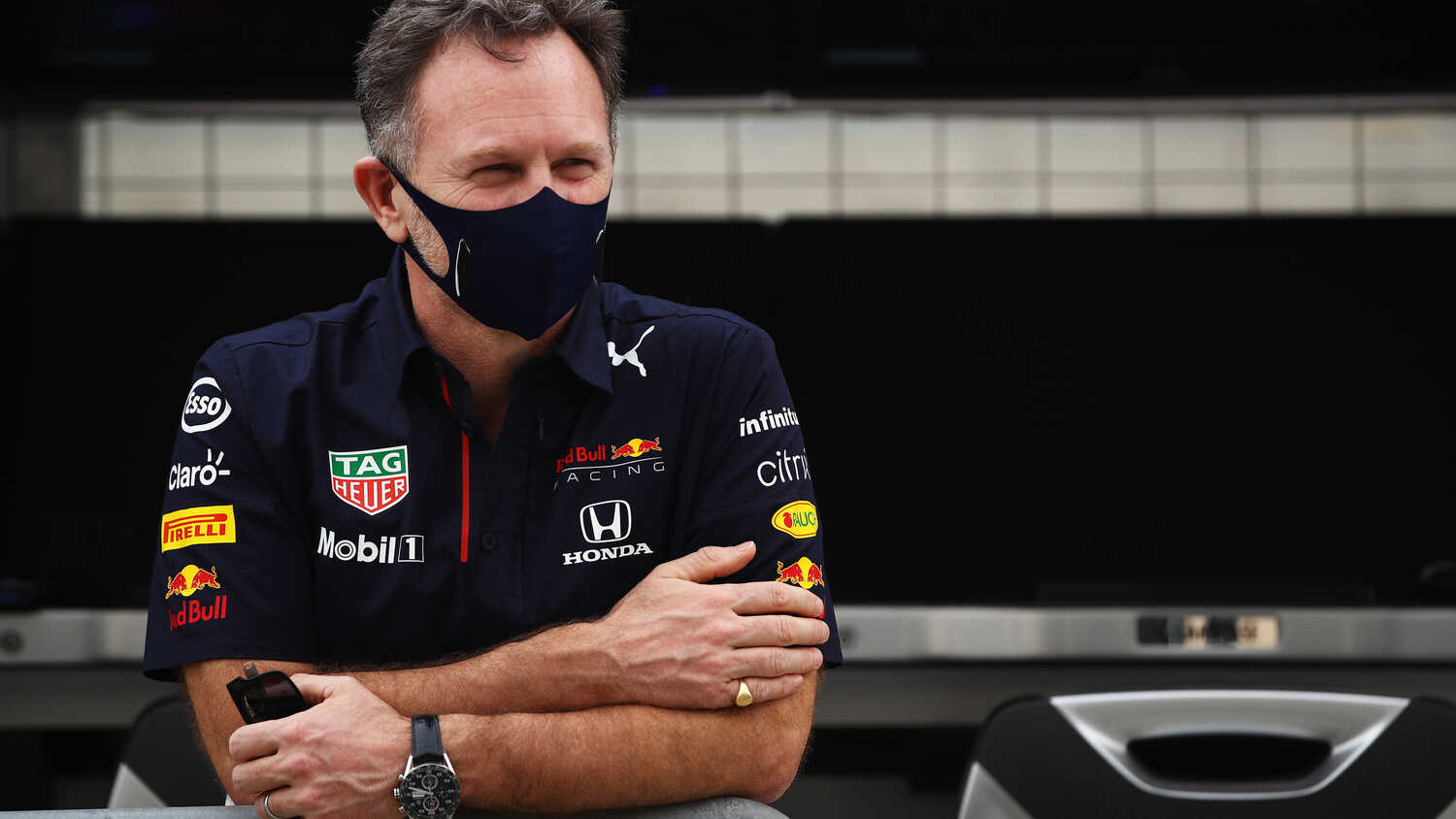 Christian Horner is predicting that the 2021 title battle will go right down to the final race of the season in Abu Dhabi.

The lead at the top of the World Championship standings changed again at the Russian Grand Prix, with Lewis Hamilton's victory putting him ahead of Max Verstappen.

However, the gap between them is just two points, and Red Bull team boss Horner believes that there is a long way to go.

"This is going to go all the way to Abu Dhabi," Horner told Sky Sports. "I've got absolutely no doubt about that.

"I think that it's going to be a phenomenal competition."

Verstappen admitted after the race in Sochi that he was not expecting his second-place result, given that he had started from the back of the grid after taking an engine penalty.

Horner is hopeful that this damage limitation will help Red Bull even more when it comes to the next race in Turkey.

"Turkey was an interesting race last year with a new [track] surface," Horner said. "Hopefully that's weathered in. It's a bit more of a standard surface there.

"We're really looking forward to it. I think, to come out of here with this podium, really sets [us] up, and the penalty having [been] taken, so that sets us up nicely for the remaining part of the championship."

With his expectation that the battle will continue until Abu Dhabi, though, Horner understands that the team need to ensure that they make as few mistakes as possible in the remaining races. He has also predicted that Hamilton may need to take an engine penalty at some point.

"Everybody in the team is really enjoying this year," he added. "We finally got ourselves back into a competitive position.

"It's all going to be about the next seven races and not making mistakes, getting the strategy right, having the pace.

"Penalties will play a role as well, so it's going to be fascinating to see how this unfolds."