Horner: Latifi will be getting a lifetime's supply of Red Bull!

Red Bull team boss Christian Horner has joked that Williams' Nicholas Latifi will be getting all the energy drinks he can handle. 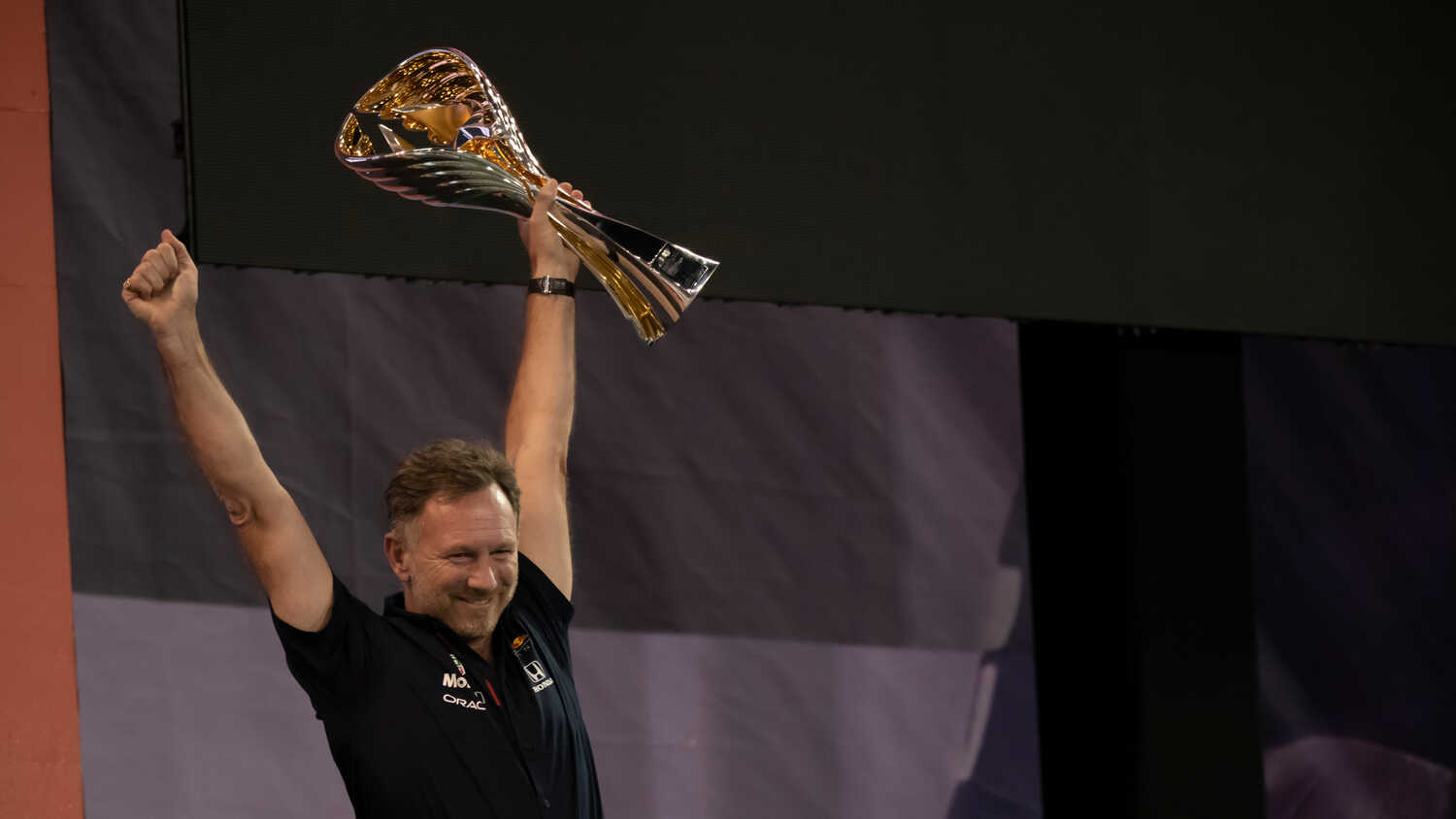 Christian Horner has joked that Williams driver Nicholas Latifi has earned himself as many Red Bull drinks as he wants, after the Canadian driver brought out the Safety Car that changed the outcome of the Abu Dhabi Grand Prix.

Mercedes' Lewis Hamilton was cruising to what seemed like a comfortable win when Latifi hit the barriers in the final sector and brought out the Safety Car.

This gave Red Bull the opportunity to pit Max Verstappen for Soft tyres and restart the race right behind Hamilton, who was on old Hard tyres. Verstappen then passed Hamilton to win the race - and with it the title - on the final lap.

"He'll be getting a lifetime supply of Red Bull, for sure!" Horner told Channel 4.

"Together with [Vitaly] Petrov back in 2010 (who kept Fernando Alonso behind to give the title to Red Bull's Sebastian Vettel).

"So yeah, we needed a bit of luck. We felt that we've had bad luck earlier in the year at Silverstone and Budapest, [it's] gone against us. Azerbaijan as well with Max having a tyre blowout.

"We felt, finally, the final roll of the dice, we got that bit of luck with a Safety Car, and Max made it work!"

"We didn't have the pace"

With the race seeing Red Bull getting a drubbing from Mercedes up until the intervening Safety Car, Horner said that the last lap of excitement hadn't been particularly enjoyable on the pit wall as video footage showed him stressing and unable to keep still in his seat.

"Well, I don't think I was sitting back enjoying it!" Horner added. "I think Mercedes had a quicker car than us today, though.

"At the start, we had a bad start, Max made the move in Turn 6. We felt a bit hard done by the stewards not to have got the place back. But thereafter, we just didn't have the pace to go with Lewis."

After Sergio Perez held up Hamilton to allow Verstappen to close in by around six seconds, with Hamilton and Verstappen having made their first pit stops, Horner felt the "racing gods" had brought them back into contention.

"Checo [Perez] did a wonderful job bringing Max back into play, being a brilliant teammate," he commented.

"And then, at the end there, the Safety Car, we needed something from the racing gods, and we got it today.

"I think, the thing is, it's not just about today, it's about the whole year, and I think Max has just been sensational all year. He's driven his heart out and he's done that again today."