Horner: It would have been really unfair to penalise Verstappen

Toto Wolff may have been surprised that Max Verstappen wasn't penalised for his defence against Lewis Hamilton in Brazil, but Christian Horner believes the stewards made the right call. 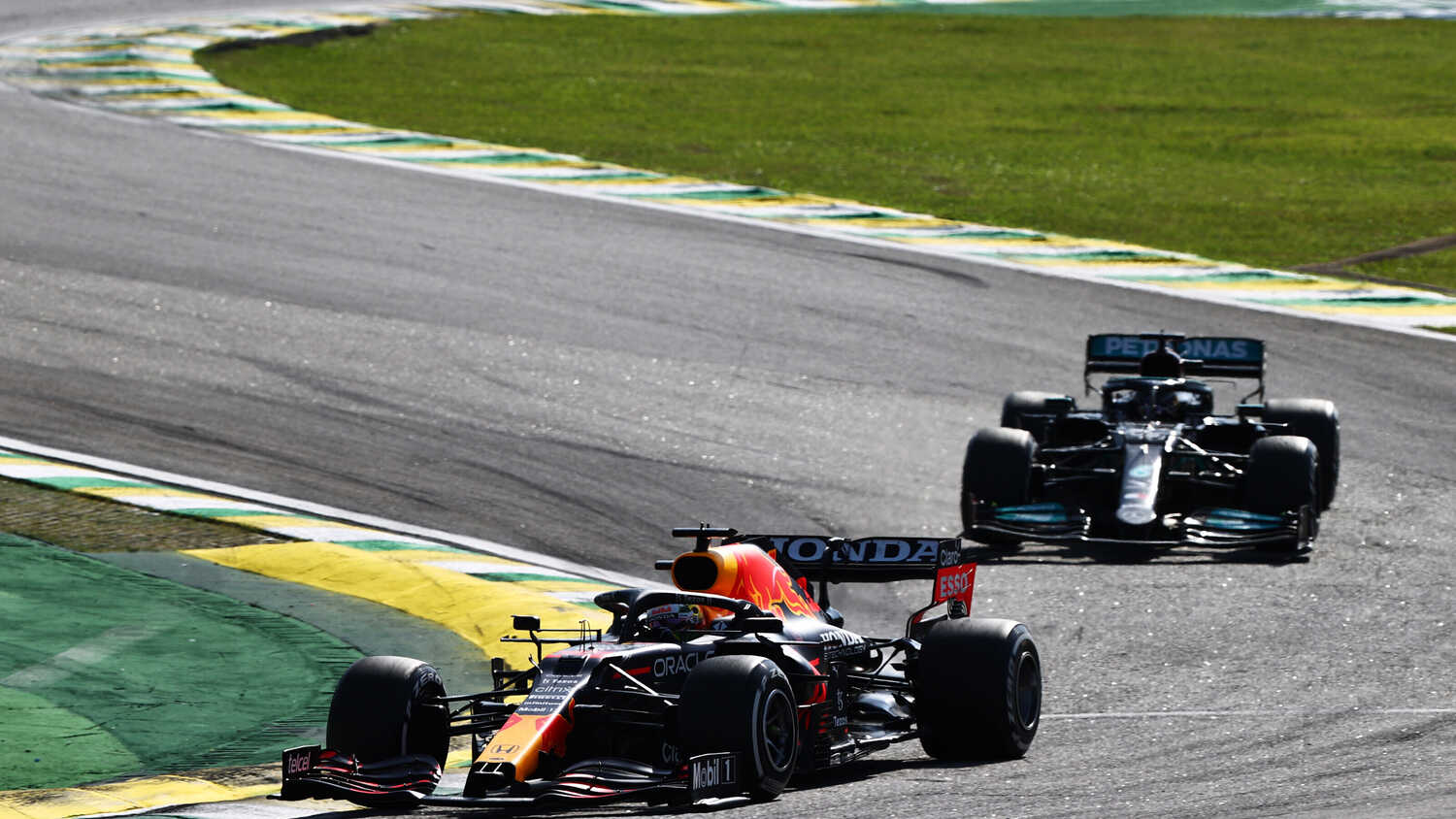 Red Bull Team Principal Christian Horner believes it would have been unfair to penalise Max Verstappen for his defence against Lewis Hamilton on Lap 48 of the Sao Paulo Grand Prix.

The Mercedes driver arrived at the corner slightly ahead of his World Championship rival as the two battled it out for the lead of the race at Interlagos.

Verstappen, who was on the inside, ran wide, resulting in both drivers going off track. While Verstappen managed to hold on to the lead for a few more laps, Hamilton eventually found a way past and took the win after starting in P10.

Mercedes boss Toto Wolff believes the incident should have resulted in a penalty for Verstappen, but Horner feels it was simply a racing incident.

"It's two guys running hard," said Horner to Sky Sports. "Lewis got a run around the outside and Max has gone in deep.

"It would have been really unfair to penalise that. If it was the other way around, I'd have told my Sporting Director to have a moan about it, but I wouldn't have expected anything from it."

Although the incident was noted by the stewards, they eventually ruled that no investigation was needed.

Horner believes that was the right decision, given there was no contact between the two drivers.

He added: "There's no advantage gained, there's no contact made. I think it's just hard racing between the two.