It's advantage Red Bull heading into the French Grand Prix as Max Verstappen will start from pole, with title rival Lewis Hamilton joining him on the front row. 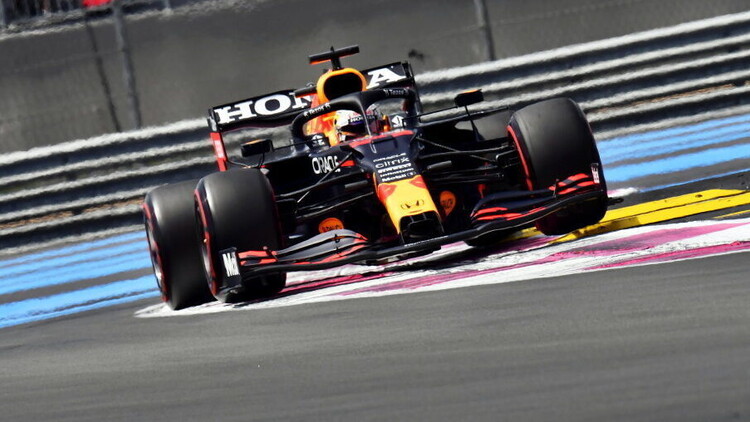 Christian Horner is confident heading into Sunday's French Grand Prix after Max Verstappen took pole position, with the Red Bull team principal stating a victory at the Circuit Paul Ricard would show they have what it takes to beat Mercedes anywhere.

The track has been a safe haven for Mercedes in recent years, but Red Bull have looked particularly strong over Friday and Saturday. With Verstappen starting from pole and Sergio Perez lining up fourth alongside Valtteri Bottas, Horner believes their performance has boosted confidence within the team.

"It gives us more confidence, let's see how tomorrow goes," Horner told Sky Sports. "This circuit, it's been such a stronghold for Mercedes over the recent years.

"As a unit, to see the whole team coming together as it is and putting this pressure on Mercedes, is phenomenal."

When asked if he is worried that a similar situation will play out like in Barcelona, where Mercedes eventually came out on top, Horner is confident the team can answer the challenge.

"Mercedes were very quick in Barcelona and we're expecting them to be very competitive again tomorrow," Horner added. "I think the great thing for us this weekend is we've got Checo up there as well and you saw what a job he did Baku two weeks ago.

"Having two cars in play gives you different strategic options. We're in good shape for tomorrow's race, it's important we get good starts, execute good pitstops, good strategy. We've got to do all the basics."