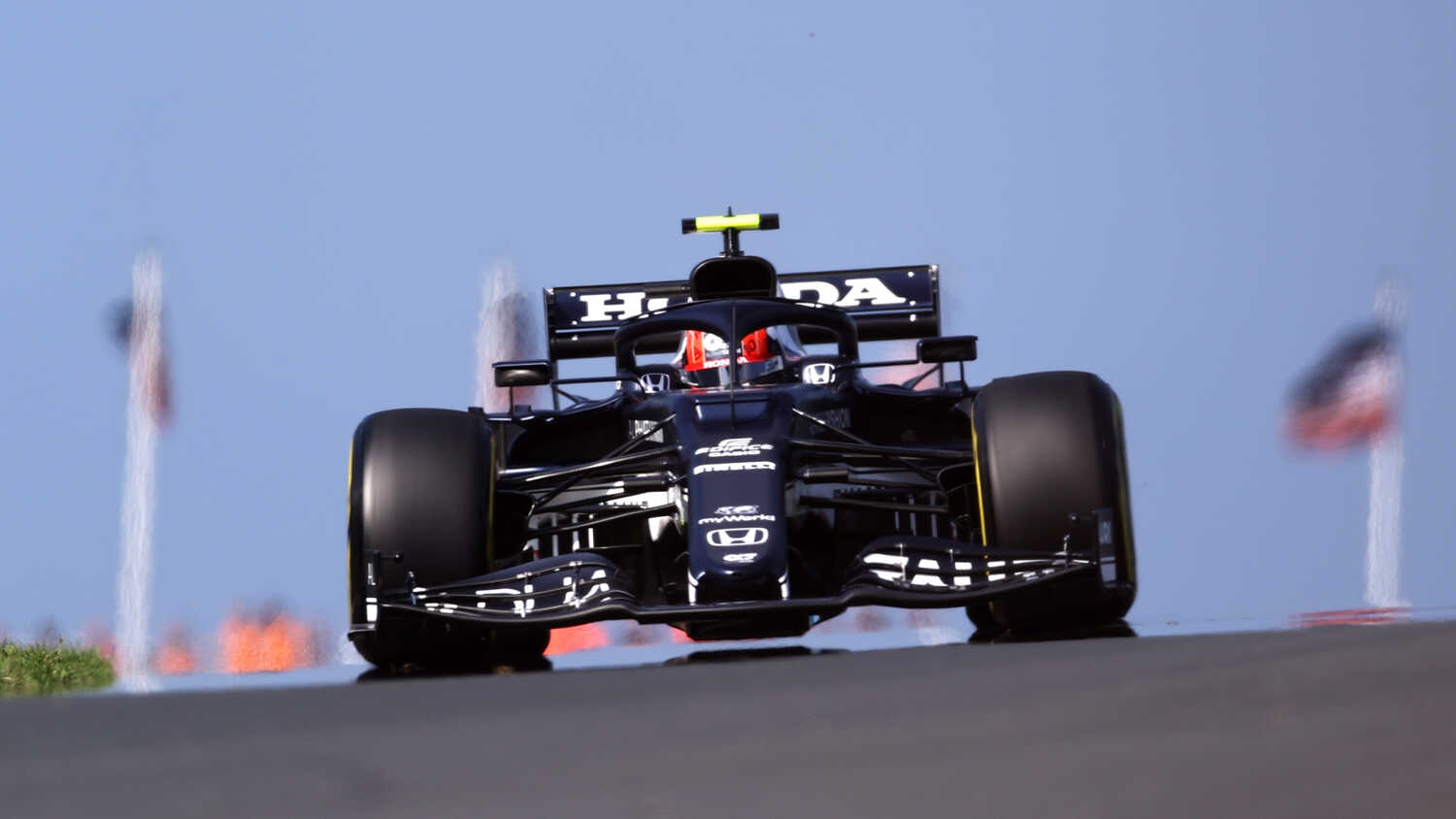 Christian Horner is hopeful that Pierre Gasly will be able to serve Red Bull from fourth on the grid in the Dutch Grand Prix.

With Red Bull's Sergio Perez unable to make it out of Q1 after a mistimed final run, AlphaTauri's Gasly is the highest placed Red Bull-affiliated driver behind Max Verstappen, as the Frenchman placed his AT02 on the second row to loom behind the two Mercedes cars.

Horner is thrilled that Gasly, driving for the Red Bull sister team, will be a consideration for Mercedes to take into account.

"That's great for us, because we haven't got Checo [Perez]. But, at least, we've got Pierre there, so another Red Bull driver on the second row," Horner told Dutch broadcaster Ziggo Sport.

Asked, jokingly, whether he'd have a radio connected up to Gasly's car to be able to take instructions, Horner retorted: "That would be illegal!

As for whether the possibility is there for Gasly to be instructed to, perhaps, make an early pit-stop in an attempt to undercut a Mercedes driver, while they are focused on Verstappen, Horner said Red Bull will play no part in deciding AlphaTauri's tactics.

"You've got to see and react to what's going on in the race," he said.

"We can't dictate their race. So we'll see."