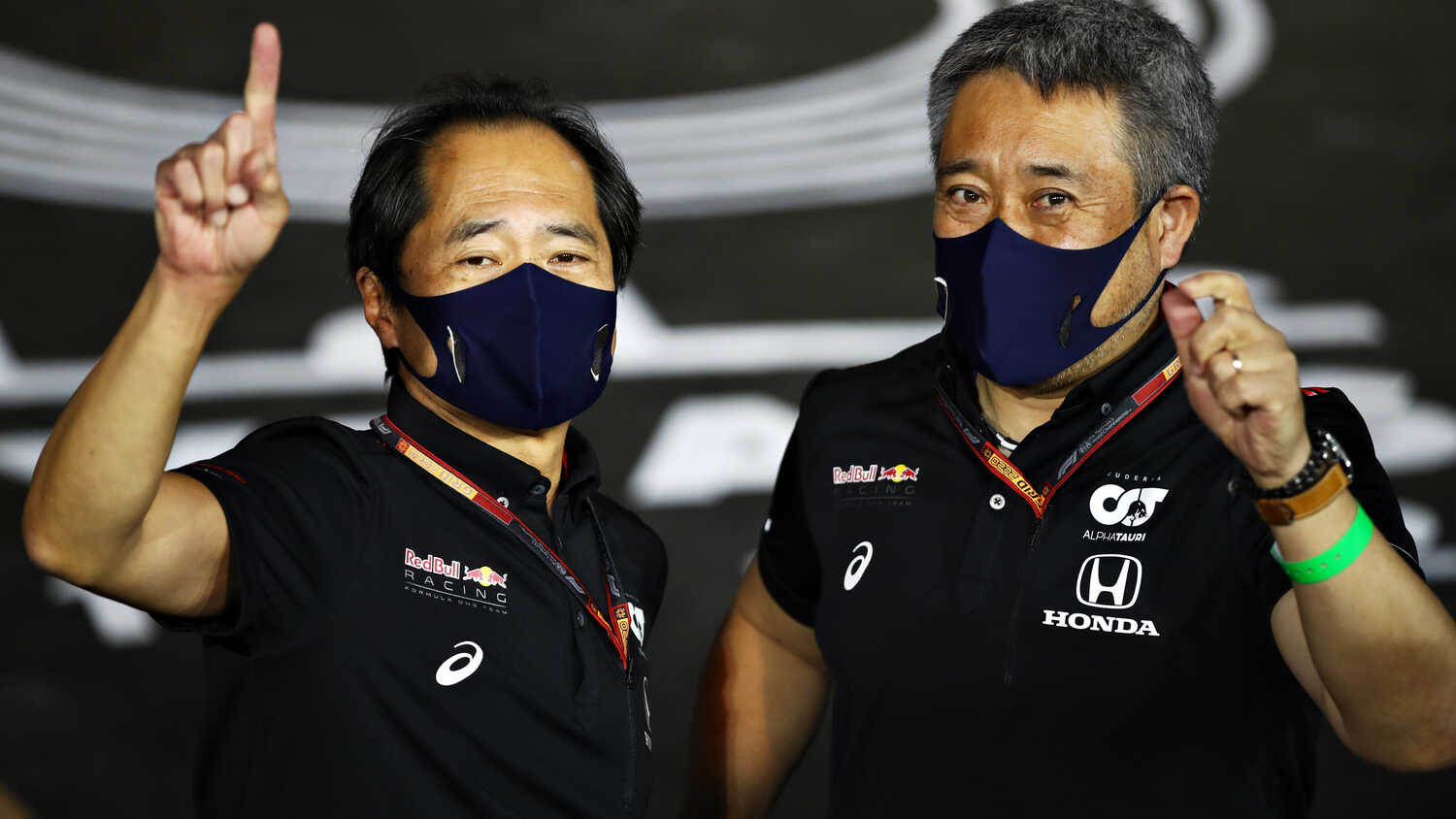 Verstappen's last-lap pass on Lewis Hamilton gave Honda their first title since Ayrton Senna in 1991, as they officially leave the sport at the end of the year.

Tanabe has been Honda's Formula 1 Technical Director since they partnered AlphaTauri in 2018, and Red Bull a year later in 2019.

Horner hinted that Tanabe rarely showed his emotions, but was able to put on a big smile when Verstappen became World Champion in Abu Dhabi.

"It's a great shame that Honda are leaving Formula 1 officially," Horner told media, including RacingNews365.com.

"It's the first World Championship for them in 30 years, so it's an enormous moment for them.

"Tanabe San was there 30 years ago, to witness that. He looks remarkably similar 30 years later, and he's the type of guy that we haven't seen smile in three years.

"But removing his mask in Abu Dhabi, there was the biggest smile from ear to ear and we're tremendously proud of what we've achieved with Honda.

"We're tremendously grateful for everything that they've provided and given us, and we now look forward to the future without Honda officially, but still maintaining a relationship with them over the next few years."

Verstappen could have done the season with three engines

Knowing that they were leaving F1 at the end of the year, Honda brought forward a brand-new power unit for the 2021 season by 12 months.

They made major changes the Internal Combustion Engine and Energy Recovery System which has seen their power unit match Mercedes for the majority of the season.

Verstappen had no reliability issues during the 22 races on his way to the title, and Horner revealed he would have done the entire campaign on the allocated three engines if he had not crashed at Silverstone.

"The passion, the commitment, just the work ethic of Honda... I mean, when they came back into the sport, they had a hard time," said Horner.

"They kept their heads down, they worked hard at it and from day one of this relationship with them it's been phenomenal. You see that through their culture, the work ethic that they have.

"This engine for this year was brought forward 12 months. Were it not for the incident at Silverstone, Max would have done the entire season on three engines."