After failing to get the most out of his Red Bull during the first free practice, Max Verstappen looked much better in FP2. The Dutchman lost a piece of his wing, with Christian Horner stating why the team radioed the FIA to get it back. 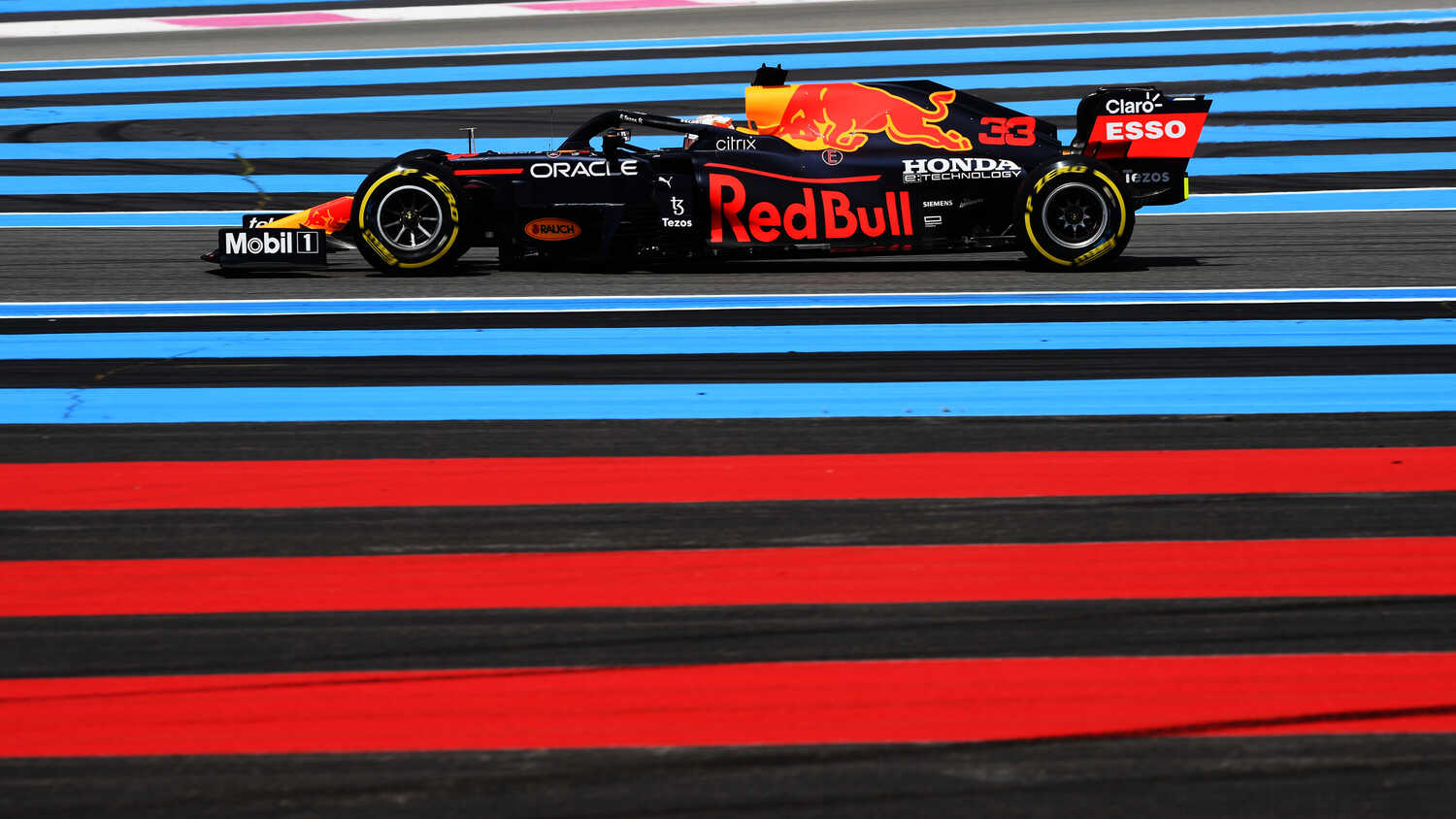 Max Verstappen lost a piece of his wing after running over the yellow rumble strips at Turn 2, with Christian Horner explaining why the team wanted the piece back ahead of next weekend's trip to Austria.

Teams and drivers are gearing up for a triple header of races, starting with this weekend's French Grand Prix at the Circuit Paul Ricard. The Austrian and Styrian Grand Prix from the Red Bull Ring follow, with Horner stating that the track can be particularly hard on front wings, hence why he wanted the piece of carbon fibre back.

"Yeah, I asked him [sporting director Jonathan Wheatley] to get that back because we have got the triple header," Horner told Sky Sports. "Austria can be quite hungry on front wings, so every bit of carbon that you can have to stick back on always comes in handy."

As for on track, Verstappen finished FP2 with the fastest time after finishing behind the two Mercedes cars in FP1. Horner explained that some changes, both aerodynamic and mechanical, helped the Dutchman improve.

"Yeah, it was obviously some setup changes over lunch," Horner added. "Max sounded a bit happier with the car, but it's very tight.

"[The changes] were a bit of everything," Horner added. "A little bit of aerodynamic, a little bit of mechanical so it's finding that sweet spot with the car and the tyres, which seems to be quite difficult to do here."