Red Bull team boss Christian Horner has outlined the reasons why his team were never particularly worried about a potential Mercedes appeal in the days following the Abu Dhabi Grand Prix. 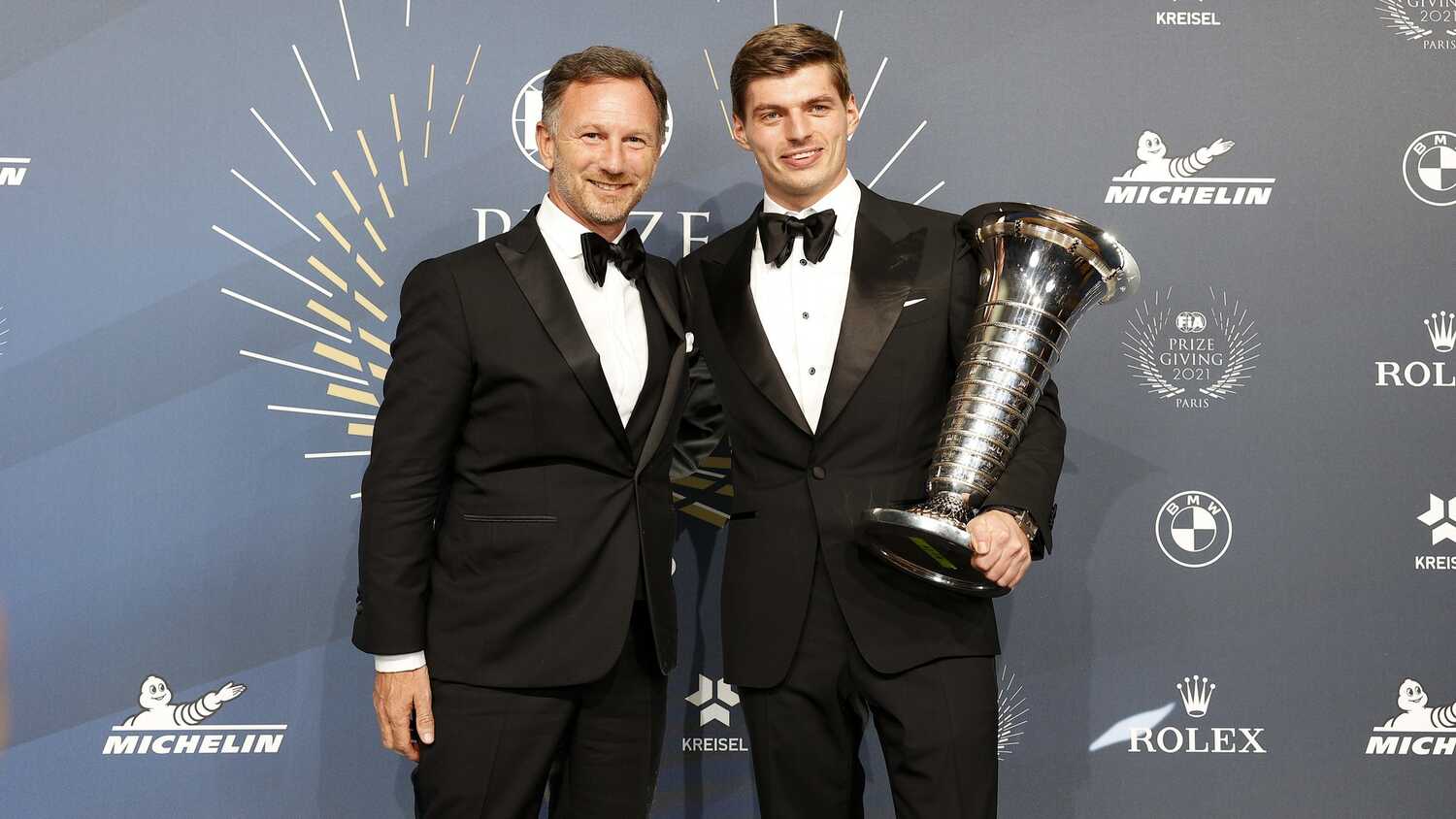 Christian Horner says Red Bull were never particularly concerned about a possible appeal from Mercedes against the stewards' verdicts at the Abu Dhabi Grand Prix, after Mercedes confirmed on Thursday that they would not be proceeding with an appeal.

That statement from Mercedes cemented Max Verstappen's first Drivers' Championship victory, and he attended the FIA's Prize-Giving Gala accompanied by his girlfriend Kelly Piquet, while Horner was there with his wife Geri.

The pair were asked about their concerns regarding a Mercedes' appeal in the 96-hour window between Sunday night and Thursday evening, with Verstappen saying that "nobody could take that away from us", while Horner went into more detail about the situation.

"We didn't really feel that there were grounds for a threat," Horner said at the Gala ceremony.

"We obviously were in front of the stewards for quite a while and, obviously, there was a great deal of discussion over what happened, but Safety Cars are usual in Formula 1, we've seen it throughout this season and, obviously, the determination of the Race Director is always to get the race going again.

"That's been a clear mandate for many, many years now. A lot was made of it, but that's the way it is. We've had so many decisions go against us earlier, [even] in the race."

"Plenty of decisions went against us"

While the final call of Race Control played out in Red Bull's favour, Horner said that he felt it was only redressing the balance of some other questionable luck and officials' decisions that happened over the course of the season.

"We felt some of those decisions in Saudi Arabia have gone against us," he commented.

"We felt that we'd had bad luck, for example, in Imola. Lewis [Hamilton] is in the gravel trap, out of the race, a lap down, and his teammate crashed with a Williams, he gets a lap back and he's second on the grid and he finishes second.

"The crash at Silverstone, a red flag, [Hamilton] gets a penalty, but he still wins the race with the fastest lap, so we felt that many things had gone against us this year.

"But things have a habit of working themselves out and balancing themselves over the course of the year, and I think I said on the commentary on the pit wall that the championship looked like it was gone."

With radio communications between team bosses and the Race Director set to be clamped down on for 2022, Horner joked that he was thrilled to have a direct line to an even higher authority.

"Lewis and Mercedes had a quick package in Abu Dhabi, so it was just going to take something from the racing gods, and I'm quite pleased I've got a direct line!" he smiled.

"Obviously, if we're not talking to Michael [Masi] in future, maybe I'll keep using that line!"