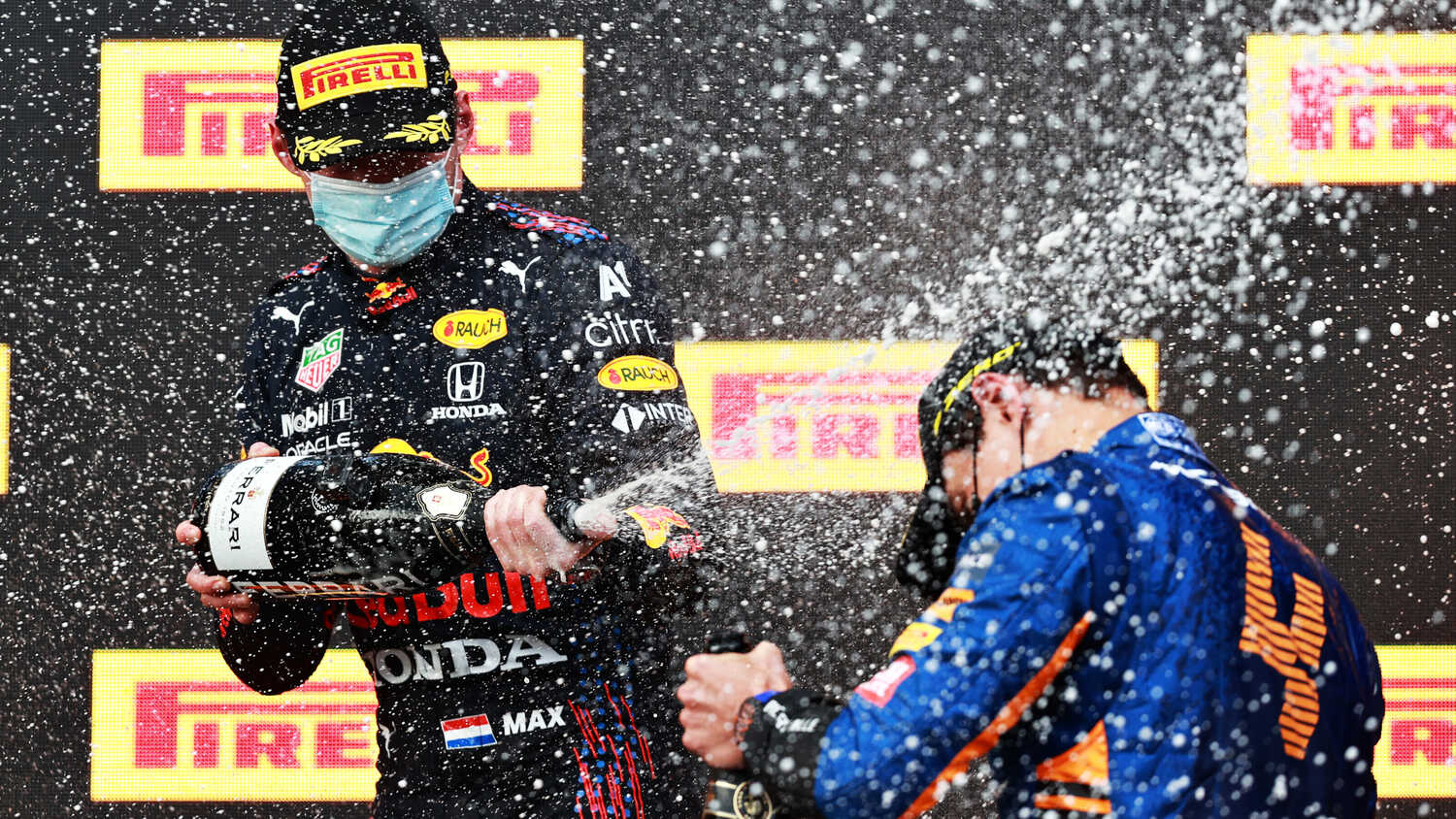 Red Bull team boss Christian Horner admitted his heart was in his mouth when Max Verstappen had a half-spin at the head of the field at the restart of the race.

Leading the race on fresh slick tyres, Verstappen was warming his tyres as the Safety Car prepared to withdraw to the pitlane and lost control of his RB16 at the penultimate corner.

Fortunately for Red Bull, he was able to gather up his car to control the restart without losing position, immediately having to fend off McLaren's Lando Norris.

"I'm not sure it'd be printable!" Horner joked to media, including RacingNews365, when asked what his reaction was to the incident.

"You can't believe it, you think that 'Ohhh noooo', but, you know, he gathered it up and composed himself. And obviously, it was pretty close to the start finish line to kick off the restart.

"Then the soft tyres at the restart in those damp conditions were very, very competitive. You can see Lando [Norris] got them turned on really quickly but I think, over the stint, the medium tyre was the better choice."