Red Bull's Christian Horner admitted after qualifying in Abu Dhabi that he was staggered by Max Verstappen's performance. 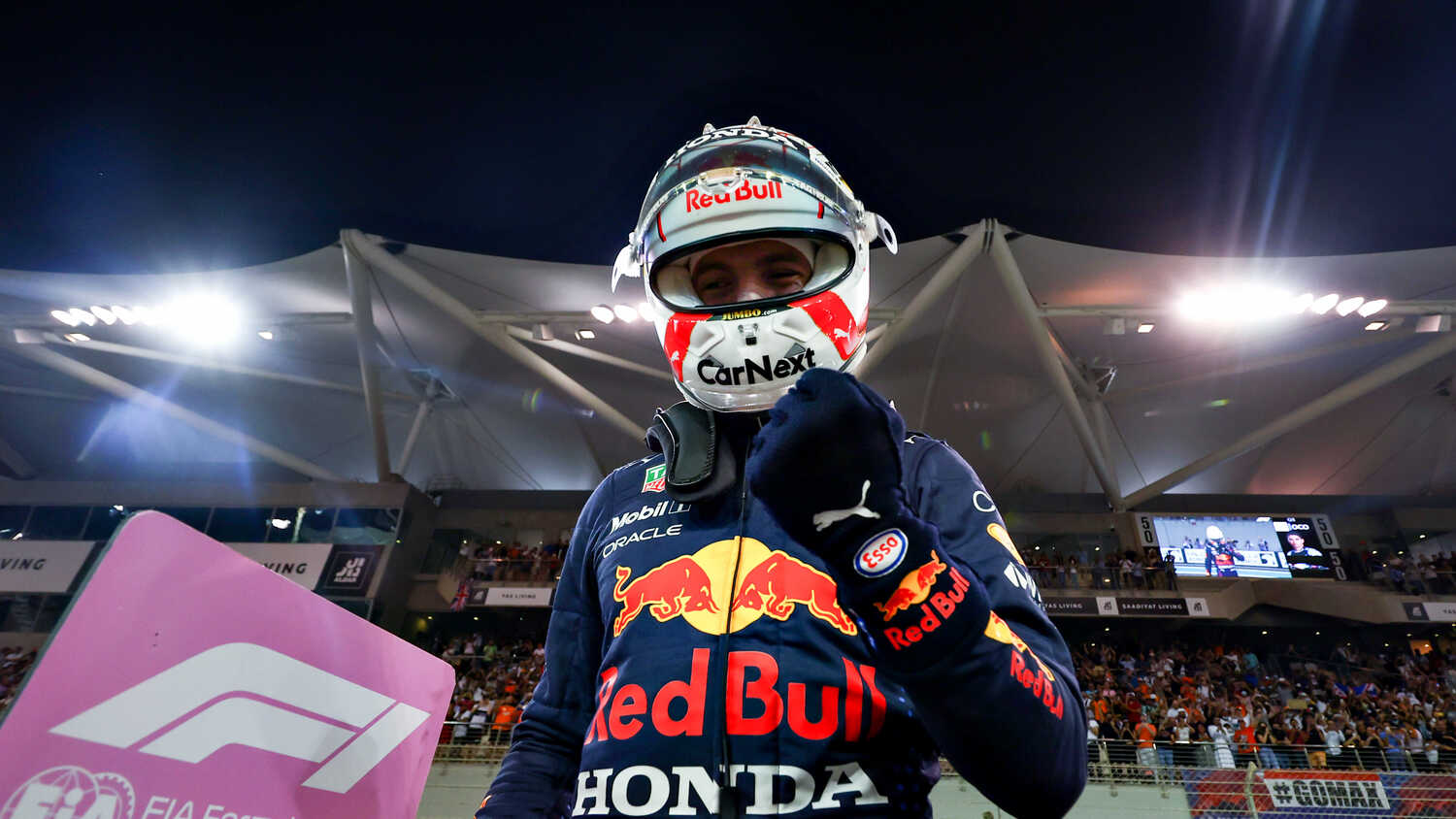 Christian Horner has said that Max Verstappen's pole position lap in qualifying for the Abu Dhabi Grand Prix was "insane", after the Dutch driver beat title rival Lewis Hamilton by almost four-tenths of a second.

Verstappen took pole position with his first flying lap in Q3, backing off during his second attempt as he realised that Hamilton was unable to beat him.

Given that Red Bull seemed to be on the back foot heading into qualifying, after Hamilton set the pace in final practice, Horner lavished praise on Verstappen.

Speaking to Sky Sports, Horner declared: "That's one of Max's best laps of the year.

"Even on the following lap that we got him to back off on, he matched the time, and the tow was probably worth a tenth or two, not half a second. His last sector, when you look at the level of downforce he's got on, it's insane, it's absolutely insane."

Referring to a tow that Sergio Perez had given to his teammate on the crucial flying lap in Q3, Horner said that the Mexican had played his role well but that Verstappen's effort would have been sufficient even without it.

"Max has given it everything, he's driving his heart out, he's thrown everything at this session," said Horner.

"Checo [Perez] has been a dutiful teammate, he sacrificed an optimum lap for him to give his teammate that performance, and I think that you can't ask for more than that. Now, we've got to try and convert that tomorrow."

Red Bull have been slowly dialling off the downforce over the course of the weekend, with Horner revealing that straight-line speed had always been a priority of their thinking heading into qualifying.

"We discussed the slipstream this morning," he commented.

"We lowered the downforce. It was the only way of matching these guys [Mercedes] on the straights. I must admit, after Q1, I thought those kinds of times that Lewis was knocking in... we can't do that.

"Q2 came more towards us. We had a lock up on the Medium, which wasn't ideal, so that forced us to take the Soft, and then both runs in Q3 were exceptional.

"All credit to [Verstappen], because Lewis is very, very strong here, it is one of his strongest circuits. To do that, that's a massive lap."