Christian Horner has apologised to the FIA and to F1 marshals for comments he made ahead of the Qatar Grand Prix. 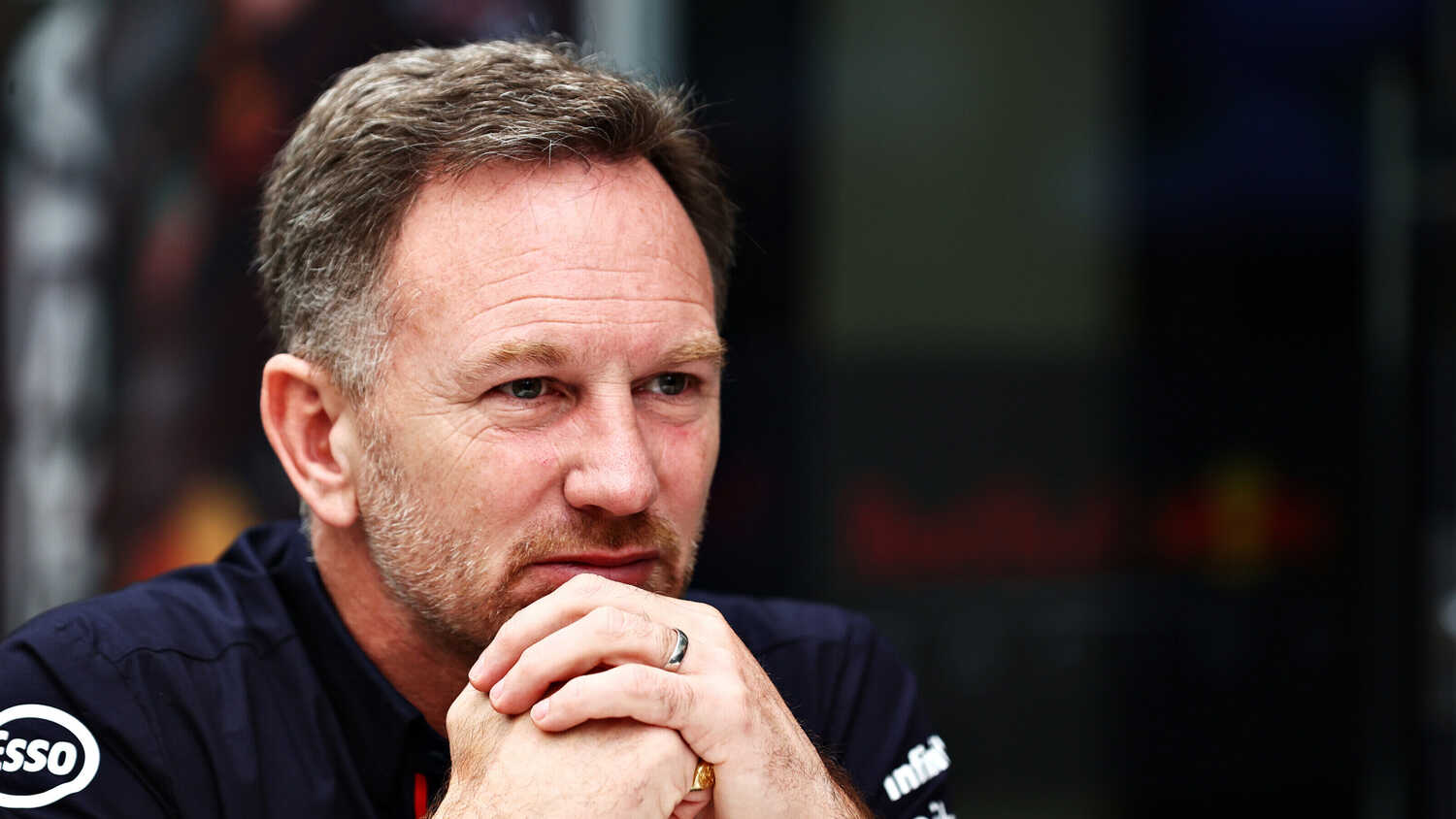 Red Bull team boss Christian Horner has apologised for comments he made ahead of the Qatar Grand Prix, insinuating that a "rogue marshal" had shown the double waved yellow flags that resulted in Max Verstappen being given a five-place grid penalty for the race.

Horner was summoned before the stewards after the race at the Losail International Circuit for an alleged breach of the FIA's International Sporting Code.

At the time of publishing, the verdict from the stewards is yet to be announced, but the precedent for such breaches are fines, rather than sporting.

Speaking to Sky Sports after the meeting with the stewards, the same broadcaster to whom he made the initial comments, Horner offered an apology.

"Some comments were made in our interview earlier when you asked me about the marshalling and I'd like to make it clear that marshals do a wonderful, wonderful job, and they're volunteers - they do a great job," Horner said.

"My frustration in what I voiced earlier wasn't at marshals, it was at a circumstance and so, if any offence was taken by any individual, then obviously I apologise for that.

"It's still frustrating to end up with the situation that we had, but [it was] a phenomenal recovery by Max and the team today."

When it was pointed out to him that he, as well as other members of Red Bull, have been showing plenty of emotion recently, the team boss refuted the comment and said he felt that his organisation were remaining level-headed under the pressure of the title fight.

"I think we've actually been pretty good with our emotions. I haven't been pointing and swearing at cameras or that kind of thing," he said.

"I've spoken to the FIA, I've apologised if any offence in any way was created, because it wasn't the intention. My frustration wasn't with an individual marshal, it was with a situation.

"One car had driven through - there was no yellow. One car gets a single yellow, one car gets a double yellow... so it was the inconsistency across that.